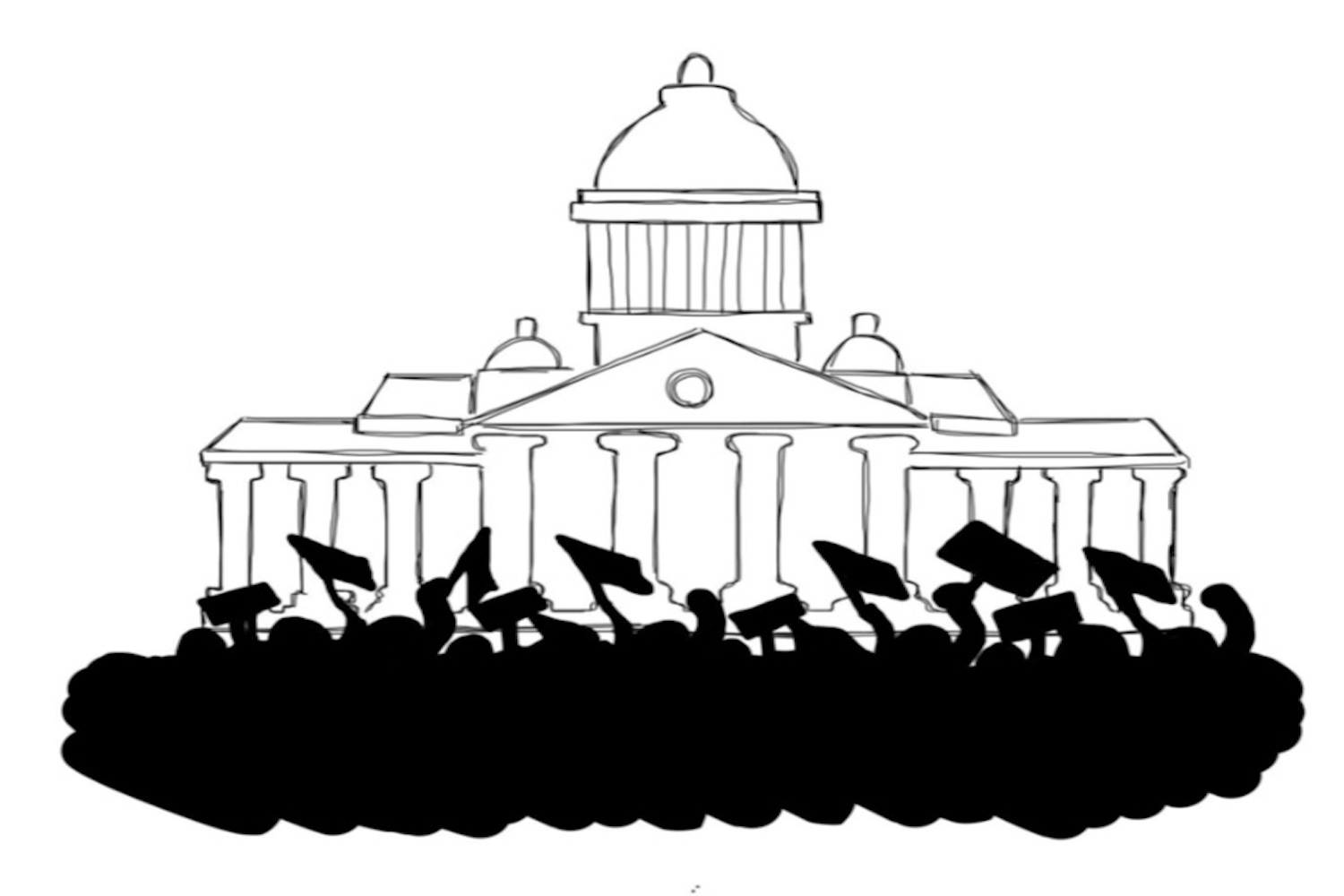 The cover art is an original illustration by Chapuis which depicts the protest at the U.S. Capitol that took place on Jan. 6, 2021. ((Photo Credit: Josie Chapuis/Achona Online))

The cover art is an original illustration by Chapuis which depicts the protest at the U.S. Capitol that took place on Jan. 6, 2021.

The Protests at Capitol Hill Have People Questioning: Is it Truly Black and White?

The forceful entering of the chamber took place mid-afternoon, on Jan. 6, 2021. There was a protest at the U.S. Capitol, where thousands of men and women were at the steps of the Congress building, and hundreds entered the building and senate chambers, where the electoral vote counting and debate occurred moments before.

As congressmen and women debated the legitimacy of the Arizona electoral count, speeches were halted and these senators and representatives were told to evacuate. Secret service and police force ushered them to safe rooms — away from the chamber — moments before it was breached.

The official count of arrests as of the morning of Jan. 7, 2021, was approximately 68. Individuals were arrested as a result of storming the capital building with visible guns and attempting to interfere with electoral vote counting. The riot at Capitol Hill resulted in 5 deaths; one woman was shot, and the other four casualties, including 1 police officer, were a result of other medical emergencies. The riot on Capitol Hill was a dark day, and the US Capitol American Flag was flown at half-mast.

These arrests are small in comparison to this summer, specifically May through July, where there were protests for the Black Lives Matter movement, as a result of the death of George Floyd. On June 1, 2020, there were 316 people arrested in Minneapolis. These arrests were at nonviolent, peaceful protests. The Minneapolis protests on June 1, 2020, also resulted in the death of 19 protesters. This is over five times more deaths than that of rioters who entered the Capitol building during the electoral vote count.

Cops are taking selfies with the terrorists. pic.twitter.com/EjkQ83h1p2

President-elect Joe Biden condemns the violence related to the protest. He said on January 7, 2021, “No one can tell me that if it had been a group of Black Lives Matter protesting yesterday, they wouldn’t have been treated very, very differently than the mob of thugs that stormed the Capitol.”

“If the crowds and supporters were not caucasian, I would think that there would be have been more physical harm and enforcement by police officers. They are allowed to walk around the building shouting and holding flags, but BLM supporters can’t walk in the streets without bullets being fired and tear gas flying. I would think more deaths would become the outcome if they were not a white majority,” said Sophia Moore (‘24).

Democrats have just casually and automatically turned the Capitol Hill riot into a racist white supremacist event, even though it had nothing to do with race at all

Speaker of the House Nancy Pelosi said that this was a “terrible violation of what — of the Capitol — of the first branch of government, the legislative branch by the president of the United States.” In a CBS 60 minute interview, a few days after the event, she also drafted an article of impeachment against President Donald J. Trump following the Capitol Hill riot that many congressmen and women believe he incited.

Moreover, as the events of the November 2020 election come to a close with Biden’s inauguration on January 20, 2021, the FBI warns, “Armed protests are being planned at all 50 state capitols from 16 January through at least 20 January, and at the U.S. Capitol from 17 January through 20 January.”

The instability of the U.S. government and riot at the Capitol as of late have revealed what Sabrina Grayson (’24) and others to be racial biases regrading police enforcement. She said, “The violent protests would’ve been handled completely differently if the crowd were full of people of color. I can guarantee lives would’ve been injured if not taken.”