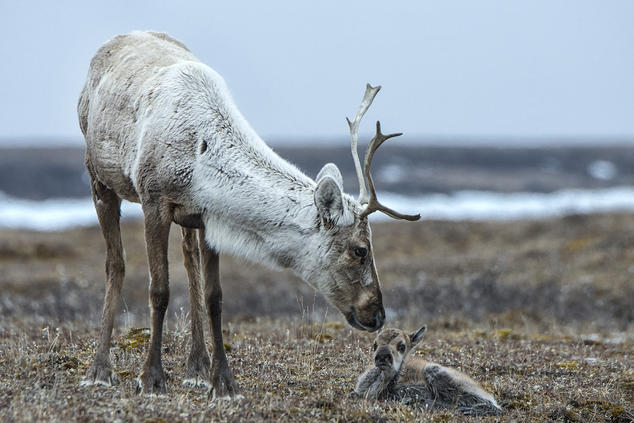 Why Oil Drilling is Detrimental to the Arctic National Wildlife Refuge

In 2017, oil drilling in the Arctic National Wildlife Refuge was permitted by Congress. Oil drilling is the procedure in which a tube is placed underground and oil is pumped out. This is known to be very dangerous, not just to the environment, but to humans as well. Oil drilling causes tons of air and water pollution, sometimes even contaminating water sources. However, the most affected would be the many different species of animals that call the Arctic home. The already dwindling population of polar bears is one of the most notable, and just one of the many different animals that could be put at risk.

Not only is this area home to wildlife, it is also home to the Native group known as the Gwich’in tribe. The tribe holds the lands in the refuge sacred, as they are extremely important to their way of life. The area is known as “The Sacred Place Where Life Begins”, and they greatly rely on the Porcupine caribou for food and spiritual purposes. In an interview with Yale Environment 360, Sarah James of the Gwich’in tribe said, “I’m fighting for human rights to Arctic living. Ever since I can remember, I grew up off the land, out in the land, with my parents. They didn’t have a traditional Western job, and that’s how I grew up. That was our way of life, to protect the Porcupine caribou and protect the environment.”

The first lease sale of lands happened on January 6th, 2021. The sale was considered to be a failure, as only 550,000 acres of the 1 million acres for sale ended up selling. Almost all major American bank companies have refused to provide financial support for oil drilling in the Arctic, which was a big reason why there was not a single oil company that took part in the lease sale. The three leases sold were purchased by the Alaska Industrial Development and Export Authority, real estate investor Mark Graber, and Australian energy company Regenerate Alaska. 2021 president-elect Joe Biden is opposed to oil drilling in the Arctic and has stated that he will protect the refuge. It is still possible though, that these leases already sold could lead to development in the Arctic National Wildlife Refuge.

Our Earth club co-president Isabella Ruano (21’) said, “Haven’t we done enough to harm our environment? Humanity’s constant pestering in the ecosystem, and now in the Arctic, not only changes the habitats that animals have relied on for thousands of years but also contributes to climate change by warming the earth from within. But to those who have reviewed the facts and statistics as to why drilling in the Arctic is detrimental to the environment and our future but still do not believe in its dastardly effects, I urge you to think about this question: After we have exhausted the oil in the Arctic will we just find another nature reserve to exploit to maintain a prosperous economy?”

What could also hurt the wildlife in the refuge is something called seismic testing. This is how oil drillers search for oil reserves underground. Large vehicles send shock waves into the ground and when those waves bounce back it is determined whether they have found oil. This could scar the land as well as destroy the habitats of many animals. Thousands of birds migrate to the Arctic every year, and seismic testing puts their nests at an even higher risk of destruction.

Julia Lombardi (23’) said, “In the end, it’s just not worth it to destroy a habitat so beautiful and important for a profit. We should treat the home of so many different kinds of wildlife with a lot more respect than this.”