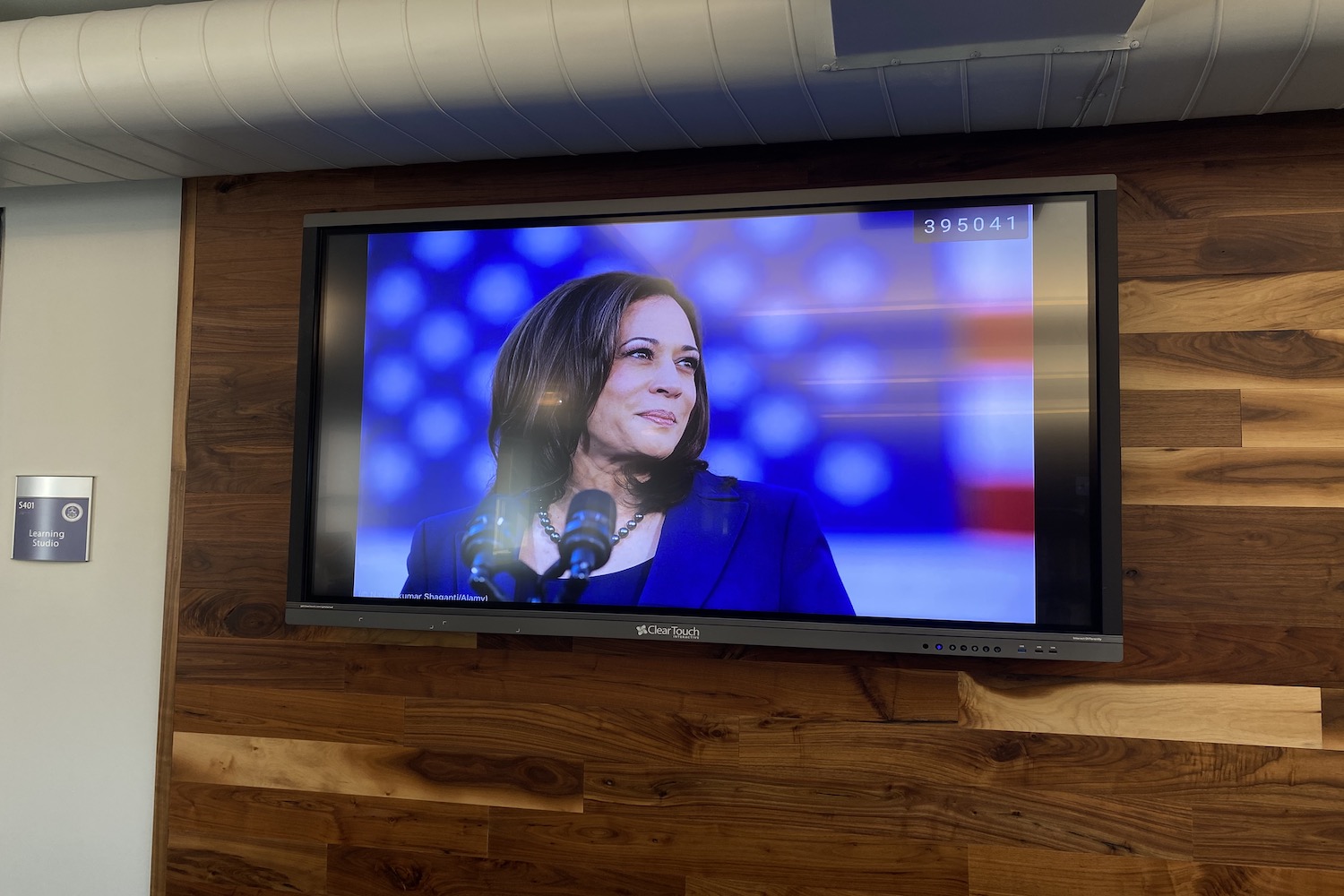 Vice President Kamala Harris said during a briefing, “Thank you Mr. President for having confidence in me. We must address the root causes that cause people to make the trek, to come here.” ((Photo Credits: Kimberly Egoavil/Achona Online))

Vice President Kamala Harris said during a briefing, “Thank you Mr. President for having confidence in me. We must address the root causes that cause people to make the trek, to come here.”

This past Wednesday, March 24, President Joe Biden announced that Vice President Kamala Harris would be the person assigned to lead the administration’s diplomatic efforts to work with Mexico and the Northern Triangle countries of Guatemala, El Salvador, and Honduras to address the root causes of mass migration from Latin America. This mission has two major roles involved: stemming the current flow of migrants —particularly underage, unaccompanied minors— and developing a larger strategic partnership with Central American countries based on respect and shared values.

A recent number of growing migrants at the US-Mexico border has been seen since Biden’s inauguration on Jan. 20. According to Pew Research, there were 18,945 family members and 9,297 unaccompanied children encountered crossing the border in February, which is an increase of 168% and 63%, respectively, from the month before.

Kamala Harris has been one of “the most outspoken allies of immigration activists,” so that is why she has been assigned to help alleviate migration issues at the border. She supports Dreamers and DACA; in 2019, she created an immigration plan that would remove the threat of deportation from undocumented immigrants and expand deferred action immigration programs.

Grace Carreja (23) said, “I think Joe Biden made a good choice with Kamala, with her being the daughter of immigrants, I’m sure she’ll do her best to do what’s right at our border.”

.@POTUS asked me to lead our diplomatic work with Mexico, El Salvador, Guatemala, and Honduras. To address the situation at the southern border, we have to address the root causes of migration. It won’t be easy work—but it's necessary.

Biden’s plan for immigration has been in action since day one when he took steps to preserve and fortify protections for dreamers. The protections build on the United States Citizenship Act that the president sent to Congress which “provides hardworking people who enrich our communities every day and who have lived here for years, in some cases for decades, an opportunity to earn citizenship.” The bill would increase diversity visas from 55,000 to 80,000, prioritizes smart border control, but most importantly addresses the underlying causes for migration, and increases assistance to countries that need it.

“I really support people immigrating to the US, because they have the opportunity to get a better life here. I also think that better legislation needs to be passed to allow easier access to the United States for those people so that they aren’t forced to cross illegally,” said Emma Elder (’21).

Some critics argue that Biden is not firm enough because more people have tried to cross the border compared to other years.

Claim after claim this administration makes about the border turns out not to be true.

They claim it is not a crisis – it is.

They claim most families are being turned back – 87% are not.

They claim they are committed to transparency – they are blocking press access.

During a briefing with interviewer Zeke from the Associated Press, Zeke said, “The perception of you that got you elected — as a moral, decent man — is the reason why a lot of immigrants are coming to this country and entrusting you with unaccompanied minors. How do you resolve that tension?”

President Biden answered with, “I guess I should be flattered people are coming because I’m the nice guy;  The truth of the matter is: Nothing has changed. As many people came — 28 percent increase in children to the border in my administration; 31 percent in the last year. It happens every single, solitary year.

The way to deal with this problem — and I started to deal with it back when I was a United States senator — I mean, Vice President — putting together a bipartisan plan of over $700 million to deal with the root causes of why people are leaving. And let me say one other thing on this. If you take a look at the number of people who are coming, the vast majority, the overwhelming majority of people coming to the border and crossing are being sent back.”

Over the next four years, with Harris in command, the Biden-Harris administration’s goal is to create a task force to reunify families, create a human asylum system, and promote the integration of new Americans.

Sofia Girgenti (23) said, “I don’t think it’s very fair for others to harshly point fingers especially since it’s a new presidency and it will take time for things to settle. It’s great that the administration has started to appoint and have a plan.”