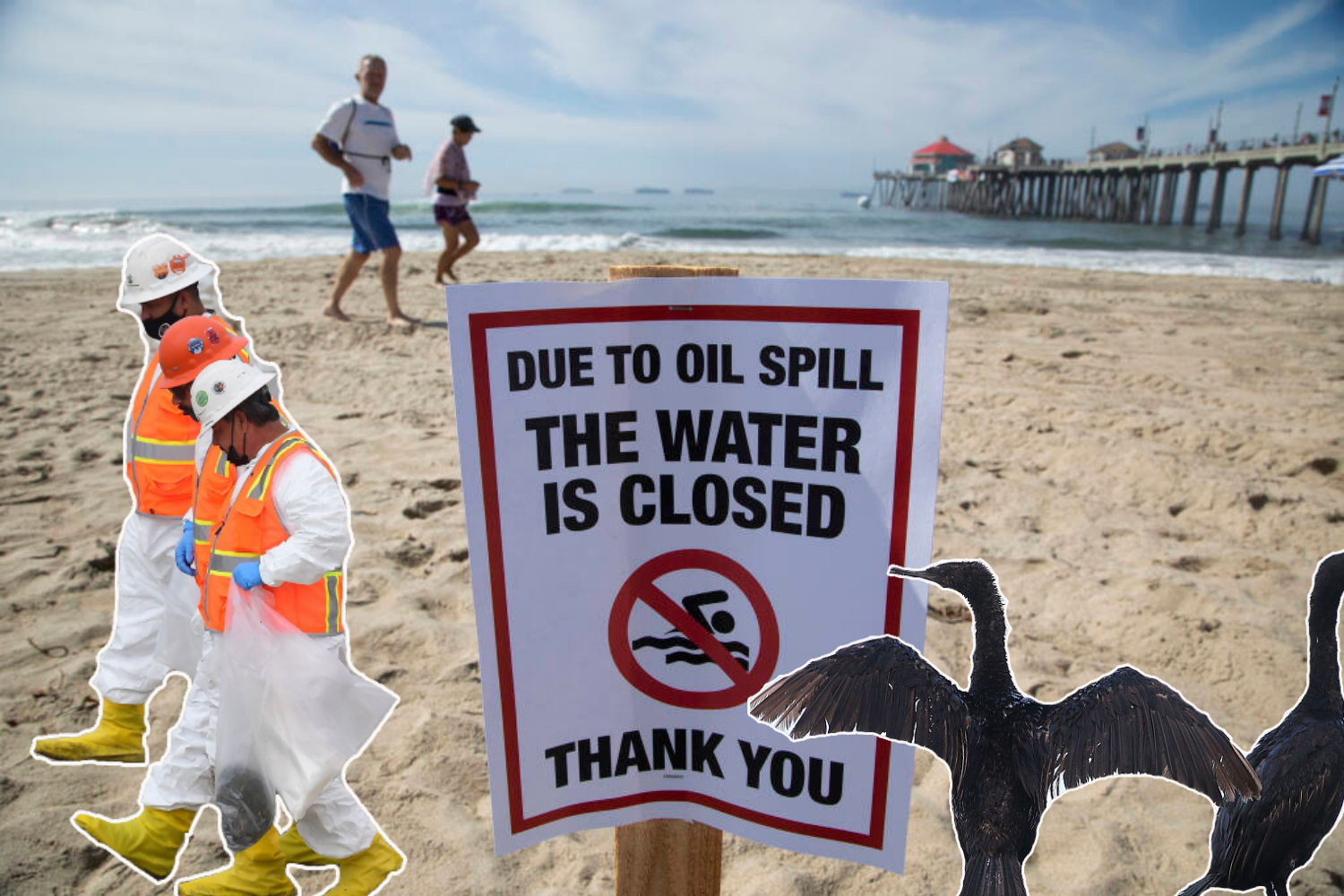 The oil spill’s impact on the habitats of wildlife and Huntington Beach residents.

Another day, another oil spill

October 2, 126,000 gallons of oil spilled off the coast of Huntington Beach, California. The oil had covered 8,320 acres of the area. The pipeline located in the pacific ocean had been reported to have a 13 inch crack caused by a ship’s anchor dragging it across the ocean floor. The pipeline was owned by Houston-based Amplify energy who shuttles offshore oil platforms to the coast.

The first signs of the oil spill was reported by residents who had reported a petroleum smell in the area. The residents of Huntington Beach have been allowed to walk on the sand but have been prohibited to touch the shoreline and water. Therefore, many popular surfing and swimming areas have been temporarily closed. Huntington Beach Mayor Kim Carr said, “The health and safety of our residents is of the utmost importance, and our overall livelihood here in Huntington Beach. It is important that our decision to reopen our shoreline and water be based on data and that we continue to monitor the water quality going forward.” City and state beaches reopened after water quality tests revealed no levels of oil toxins associated in the ocean. Visitors are still urged to avoid areas that smell of oil and to not touch any oiled materials that wash ashore.

The wildlife and habitats of Huntington beach have been greatly affected. Every fall, millions of birds migrate throughout the state and the spill has severely impacted the marshes that are home to several species threatened with extinction. It has been advised for people to stay away from the animals in contact with the oil spill and instead call the UC Davis Oiled Wildlife Care network at 877-823-6926. Ronald Tjeerdema, an environmental toxicologist, at the University of California Davis, said, “We won’t see a lot of dead bodies with those because they’re nearly microscopic, but we will see a hit there— and they tend to be the base of the food chain.”

Many precautions are being taken to stop the spread of the oil from impacting the ecological settings. Numerous tests and cleanups have been conducted and the oil leakage is constantly being  monitored. Huntington Beach officials have inserted 2,050 feet of floating barriers, called booms, to stop the oil from expanding to more wildlife areas. The use of a skimmer is also in action while cleaning, it is used to remove oil from the water. Meanwhile, trained professionals have been scooping oil on the beach to protect the wildlife and humans. Miyoko Sakashita, director of the Arizona based Center for the Biological Diversity’s Oceans Program said, “the current cleanup for the spill in California could last several weeks or months.”