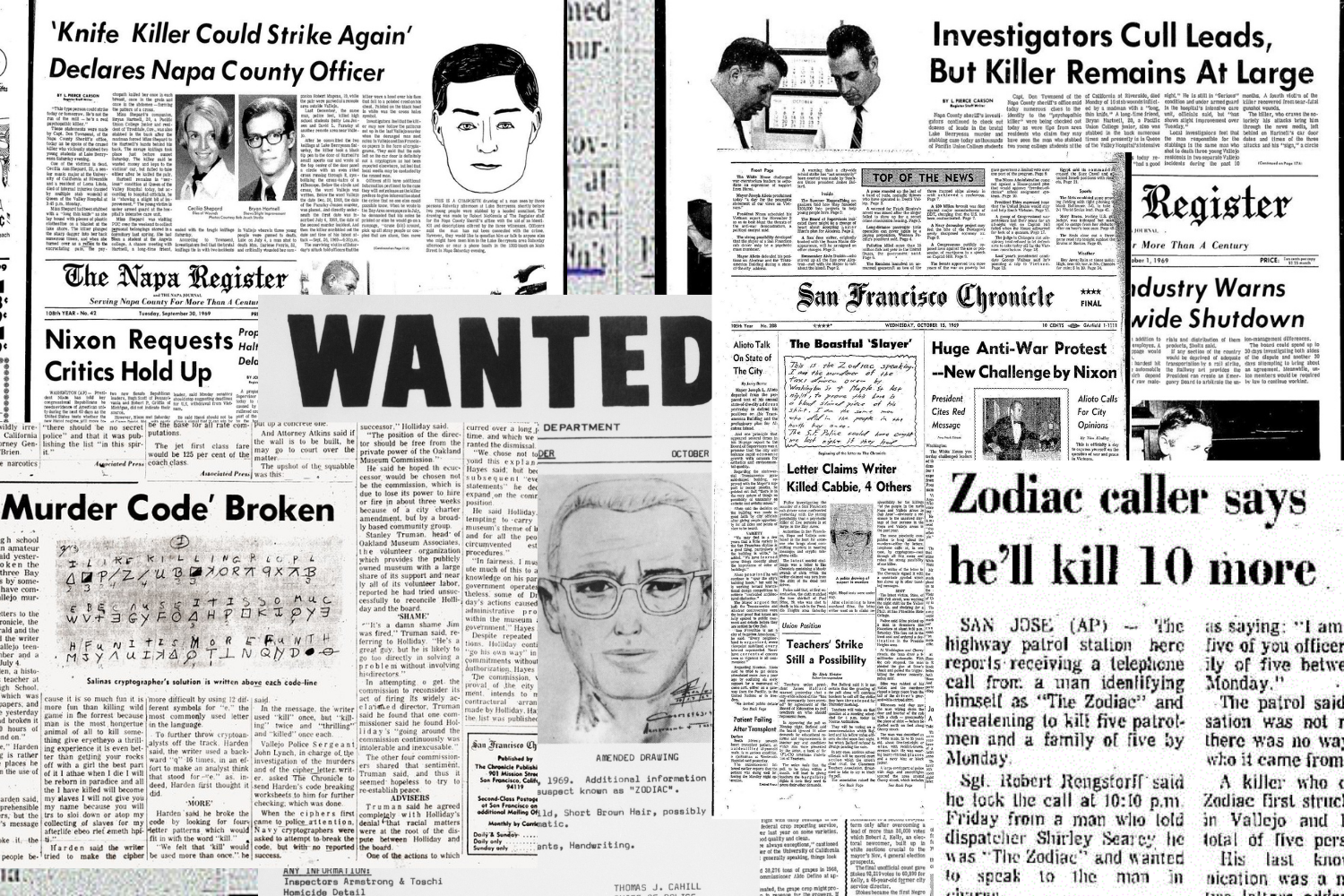 News of the Zodiac Killer flooded the media at the time the case first began. (Photo Credit: Aurelia Rich/Piktochart/AchonaOnline)

News of the Zodiac Killer flooded the media at the time the case first began.

If you enjoy true crime, you might know of The Zodiac Killer, an infamous serial killer of the late 1960’s. This pseudonymous criminal became notorious for his unnerving letters and cards which he sent to regional newspapers. The Zodiac Killer frequently included ciphers within his work in which he threatened to continue his killing spree if his mailings were not printed, further publicizing the events. Yet, his identity has been a mystery since the case was determined as inactive due to a lack of leads. The unresolved case has become a fixation of true crime media, even producing movies, television, novels, and video games.

crazy to think that the actual zodiac killer could have gone to see Zodiac in theaters in 2007 pic.twitter.com/ikXFsakRVe

Law enforcement agencies announced that the case was reopened on October 6, when an independent group of cold-case investigators conjured a new theory on the murders. This group, the Case Breakers, led by David Oranchak, have been rigorously studying the case and in December 2020, the FBI credited them with cracking the Zodiac Killer’s 340 Cipher.

The national task force of crack investigators, aided with exceptional law enforcement, military, forensic, academic, and legal skill, is dedicated to solving crime mysteries. Aside from the Zodiac Killer, the Case Breakers are simultaneously working on the D.B. Cooper cover-up, the Atlanta Murders, and the search for Jimmy Hoffa. Amongst closing cases, the Case Breakers also carry out personal follow-ups, stakeouts, security shifts, document searches, and track court cases, looking to obtain justice and even correct injustices.

According to a press release, the team of 40+ former law enforcement investigators had used new physical and forensic evidence and eyewitness information, including court affidavits and images from the man’s darkroom, to identify the killer.

I’ve been down this road before. They made a movie about it. Maybe…maybe not. Every few years someone says they figured if out. Let’s hope they got the guy. #Zodiac https://t.co/XUcYUzE7gA

The Case Breakers have named a man from the Sierra foothills who died in 2018 as the killer. Recognizing a facial similarity, specifically an identical scar on both the men’s foreheads, the suspects photos were linked to a 1969 police sketch. Yet still, the FBI and police authorities have announced the case as remaining unsolved.

Um so was the #zodiackiller living in my hometown this entire time??? pic.twitter.com/X2FZmj8vOn

Furthermore, Oranchak recently stated that since they were analyzing complicated anagrams, it was unlikely that the killer’s ciphers contained the suspect’s name, as the Case Breakers had previously believed. Case breakers also connected the Zodiac Killer to the 1966 murder of Cheri Jo Bates, a girl whose body was found in an alleyway in Riverside, California. Contradicting this statement, Riverside Police Department public information officer, Ryan Railsback says the man responsible was not the Zodiac Killer.

“In 2016, investigators received an anonymous letter from a person admitting the handwritten letter sent to our department months after Cheri Jo Bates was murdered was written as a sick joke, and he was not the Zodiac killer,” said police at the time of initial investigation.

This new theory has drawn great attention from the media and it’s only a matter of time until crime shows and podcasts cover the recent news of the Zodiac Killer. Academy freshman Sophie Sisco listens to Monster: The Zodiac Killer, an iHeartRadio crime podcast on Spotify and is expecting the podcast to cover the latest information on the mystery.

“I watch a lot of true crime, so I know about the Zodiac Killer… and to me, the most interesting thing about the case is that they [still have] never found out who he really was,” says Sisco (‘23).