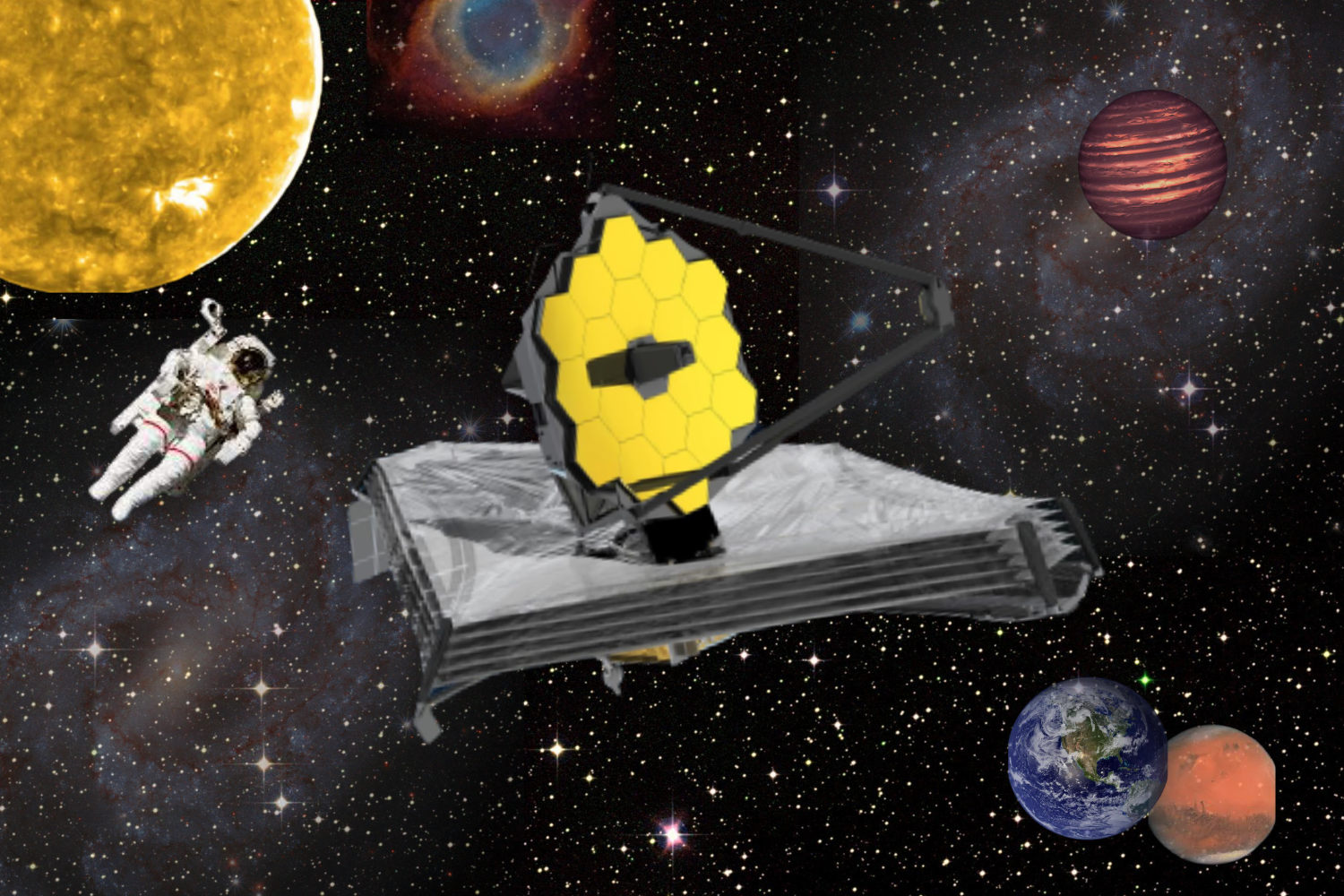 The James Webb Space Telescope will orbit the sun, yet remain a temperature below 50 Kelvin. (-369.4 degrees Farenheit)

Is there life elsewhere in the universe? How do planets form? How does the universe work? These are questions that man has wondered about for millennia and that will be answered with the success of the James Webb Space Telescope. The revolutionary successor to the Hubble was launched into space early Christmas morning as a collaboration between the United States, Europe, and Canada.

Here it is: humanity’s final look at @NASAWebb as it heads into deep space to answer our biggest questions. Alone in the vastness of space, Webb will soon begin an approximately two-week process to deploy its antennas, mirrors, and sunshield. #UnfoldTheUniverse pic.twitter.com/DErMXJhNQd

The telescope itself is peculiar for many reasons, the first being its 10 billion dollar price tag. Secondly, its size; It’s as big as a tennis court, with a 21.3-foot marvelous honeycomb arrangement of mirror segments that have the ability to see the furthest any human telescope ever has. Third, the scope sees in infrared, which it uses to detect celestial bodies, and how it will be able to see all the feeble heat of the very beginning of the cosmos. If fully deployed, the telescope will have an arrangement of possibilities that man has only ever dreamed of.

The first of the bunch: The James Webb Space telescope will understand how the earliest galaxies formed and grew.

Telescopes work as a time machine, meaning that the further into space scientists can look, the further back in time they can observe a galaxy. Since Webb is the farthest seeing telescope yet, scientists will look at galaxies in different life stages, and piece together their developmental timeline. Additionally, Webb’s infrared ability will be crucial to observe these newborn galaxies. By the time light reaches the telescope, its wavelength will have shifted from visible or ultraviolet light to infrared. Meaning that if successful, it will see what the universe looked like a quarter of a billion years after the Big Bang, right as the first galaxies and stars started to form.

Laura-Caroline Jung (’22) said, “I think it’s wonderful how we could potentially see the beginning of universe. If this works, it would be a monumental feat.”

Life existing outside of earth releases distinct chemical features, such as the ability to photosynthesize or carbon dioxide released into the atmosphere. Being able to analyze the biosignatures of a planet will not only allow scientists to look for life but also see the habitability of a planet. Scientists are very interested in a nearby solar system called TRAPPIST-1 that include seven rocky, earth-sized planets; three of whom temperatures allow liquid water to exist. The James Webb telescope will be able to confirm if these have an atmosphere and if they release gases such as methane or oxygen which could indicate life.

Besides these two abilities, the James Webb Space Telescope will be able to watch the birth of stars. Young stars emerge from the dustiest pockets where it’s very challenging to see through. Thanks to Webb’s high infrared sensitivity and striking resolution, scientists might be able to sift through the dust and make out these infant stars with unprecedented detail. Webb will also be to provide valuable data about black holes: peeking into temperatures, chemical compositions, and temperatures of the black holes cloak. The infrared eye will learn more about the mass and size of black holes, and how they eat stars.

There is nothing like the James Webb telescope. It’s size, sensitivity, and wavelength range give scientists a chance to hope for the unexpected.

Sofia Girgenti (23) said, “There will probably come a day when the telescope will be used to discover some sort of phenomenon that humans of the current time know nothing about, and this will revolutionize the understanding of the universe. It will give birth to new branches of astronomy and inspire a new generation of scientists who will continue the cycle.”