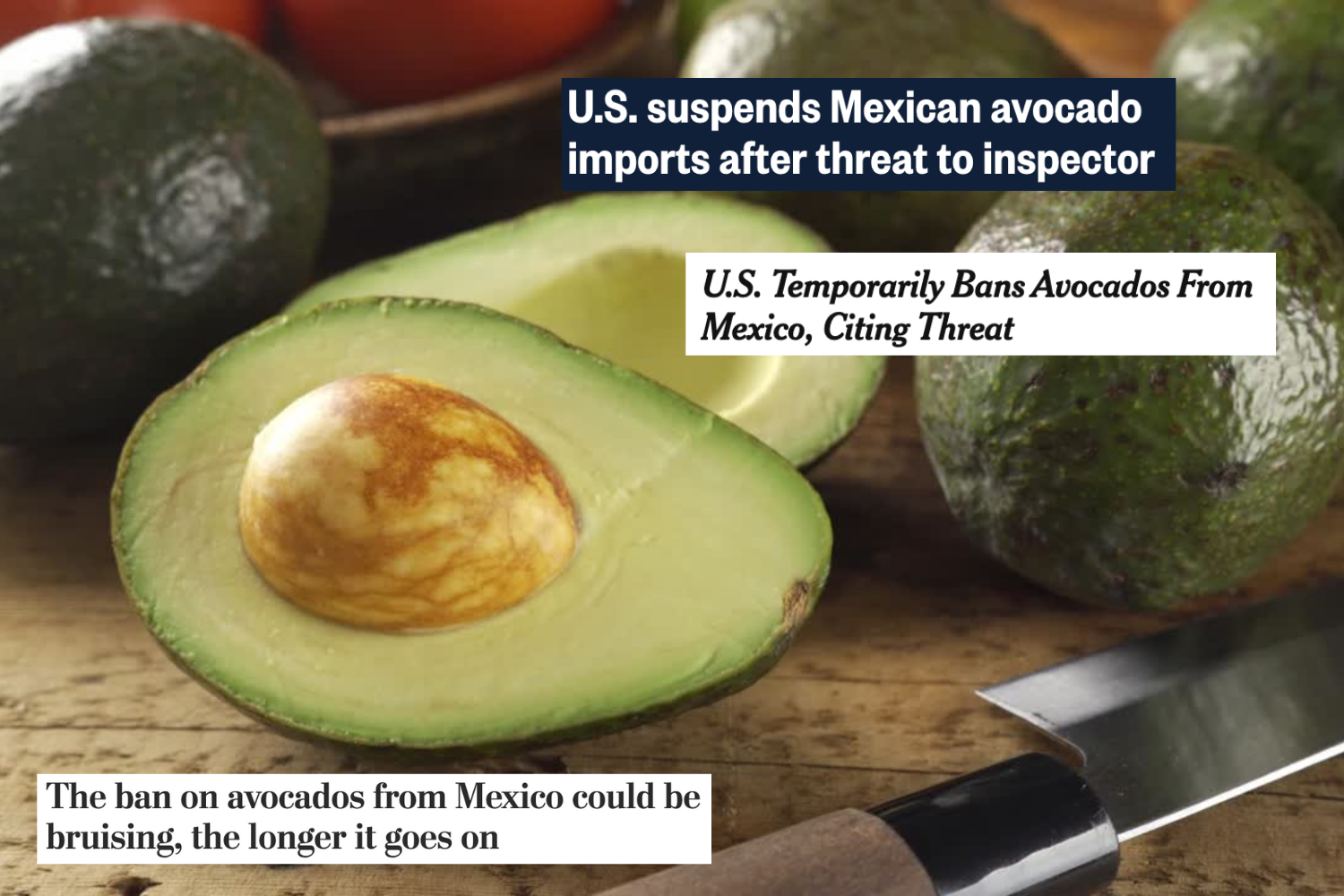 Avocados make headlines after the U.S. bans the fruit in Mexico from entering the country.

Avocados are an essential grocery in the diet of many. Avocado toast, guacamole, sandwiches, tacos, salads, and many more of the country’s favorite dishes rely on the contribution of avocados to maintain their popularity. Yet, when news arrived that the United States may not bring in avocados anymore, avocado lovers and restaurants alike had no choice but to worry.

Not only would the suspension tank avocado consumption in the United States, but the bustling avocado industry in Michoacán. Shipments of avocados to the U.S. are incredibly financially beneficial for Mexico — as Mexico produces a third of avocados globally.

Fortunately, within the past few days, the suspension was lifted. Finally, on February 21, 2022, exports continued once again. The Association of Avocado Exporting Producers and Packers of Mexico, or APEAM, worked with both Mexico and the United States to collaborate on an agreement to resume avocado exports. The agreement consisted of a proposal by APEAM for an Intelligence and Security Unit within the association to support avocado exports and protect against future conflicts.

The prime concern regarding the suspension of avocados this month was the upcoming avocado-essential holiday, Cinco de Mayo. Avocados are a cultural staple in Mexico. Though just a simple healthy addition to their diet to some, to Mexico, avocados represent a significant aspect of their culture and a meaningful bridge of customs across the country.

Avocados are both Mexico’s cultural food and essential economic industry. The avocado is an ecological, cultural, and culinary pride of Mexico. It’s regarded as “a gift from the land” that is celebrated daily with every meal. The true, treasured relationship and history between the fruit and Mexico has allowed the nation to become the largest avocado producer in the world.

For both cultural celebrations at home and in restaurants, the continuation of avocado imports before the fifth of May is a relief and excitement.

“Cinco de Mayo is a very special and fun day for my family and me. I am so glad a shortage of avocados is no longer a worry for the holiday, as the food we eat together is my favorite part of the celebration,” Yanez says.