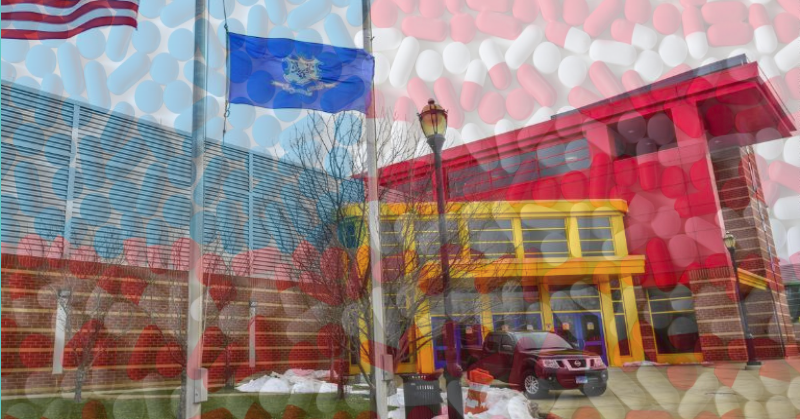 Opioids continue to infiltrate the lives of unsuspecting citizens

On January 13, 2022, a 13-year old student from Connecticut was hospitalized after becoming extremely ill due to an opioid overdose. At the school, there was no Naloxone, an opioid antagonist, available. When treating the young student, the school nurse and first responders did not expect an opioid overdose. The seventh-grader passed away two days later due to excessive opioid intake.

According to law enforcement officials, the Fentanyl had been taken to school. Upon further investigation, over 100 bags were uncovered in the seventh-grader’s room which were then taken by the Drug Enforcement Administration. Two classmates of the deceased were also hospitalized after they reported feeling dizzy. These two young teens did not lose consciousness and were home by Saturday evening. It is believed that all three students ingested the drugs at the same time. Following this series of events, law enforcement, with the aid of drug dogs, began the process of uncovering the catastrophic levels of Fentanyl within the middle school.

Rapidly increasing rates of heroin and opioid misuse within the United States has led to what is being referred to as the “opioid epidemic.” The number of drug overdose deaths increased by nearly 5% from 2018 to 2019 and has quadrupled since 1991. Over 70% of the 70,630 deaths in 2019 involved an opioid.

Master Patrol Officer in District 1 for Tampa Police Department’s Anti-Crime Squad, Eric Book, shared his experience with calls surrounding the recent spike in opioids, “There has been a dramatic spike in cases involving Fentanyl in Tampa in the last two years for sure. We are seeing heroin being laced with Fentanyl, which is a cheap drug people try to divide. It is very easy to buy and we are seeing it being dispensed all through the streets.” Book’s first-hand experiences with the use of Fentanyl is not a rarity. Increased usage is being noted by parents, peers, and teachers of young users.

As the rise of deaths due to the overconsumption and abuse of opioids has been on the rise for years, concerning news has come to light. The DEA has recently announced a surge in fake prescription pills containing Fentanyl and Meth. The DEA made a public safety announcement to inform citizens of the nationwide problem in September 2021, the first in six years. They explained the mass export of counterfeit pills produced in criminal drug network labs and labeled as legitimate prescription pills being a threat to inhabitants of the United States. Because of this, unsuspecting Americans are being killed due to fentanyl intake at unprecedented rates.

HS Science Department Head Carson Dobrin says, “The opioid epidemic has so many consequences to a wide net of people. Not just to those suffering from dependence and addiction, but also to family and friends. It will affect younger generations when children have to watch their parents or siblings suffer or even die. It used to be commonplace for a medical professional to prescribe opiates to treat pain. At least the younger generation will grow up with the knowledge of how dangerous those drugs can be. My hope is that the younger generation will be able to treat addiction like it is, a mental disorder that needs treatment, and not like something that happens to bad people and thus is widely ignored.”

Fake prescription pills are widely accessible and are often sold online. The counterfeit pills are produced to look like real opioid medications such as oxycodone. Other common drugs most such as Vicodin, Xanax, and Adderall are being laced with lethal amounts of Fentanyl – which is as small as the tip of a pencil – and being made accessible to the general public. The drug overdoses crisis in the United States has reached a pinnacle, with counterfeit pills being seized from every single state at an immensely concerning scale.

The warning is not applicable to prescription drugs distributed by licensed pharmacists and those prescribed by doctors. The counterfeit pills have found their own market in the United States inducing overdoses, death, and violence.

The death of a 13-year-old student who apparently overdosed on fentanyl at his Connecticut school has drawn renewed pleas for schools to stock the opioid antidote naloxone, as well as for training of both staffers and children. #OpiodEpidemic https://t.co/Sbm3SBPI8N pic.twitter.com/MPnh2Yt0AU

To combat this catastrophic infiltration of fentanyl, informing the public is one of the most obtainable ways to prevent overdose. The public safety announcement from the DEA was one of the many warnings to citizens from leaders and peers within all communities. Further ways to combat this crisis caused by the opioid outbreak is a common topic of conversation. As a universal prevention approach, Narcan has been deployed by law enforcement and citizens. At present, there are many advocates for everyday citizens to familiarize themselves with the potentially life-saving drug.

Dobrin shares her feelings about the implementation of Narcan exposure and training saying, “I am absolutely an advocate for Narcan training. I have seen the effectiveness of Narcan to prevent someone from dying of an overdose myself. It is truly a life-saving drug. Especially now when drugs like fentanyl are out there. The greater access to Narcan and training in its use will lead to less people unnecessarily dying. Bottom line.”