Are the Kardashians’ Costumes Too Much? 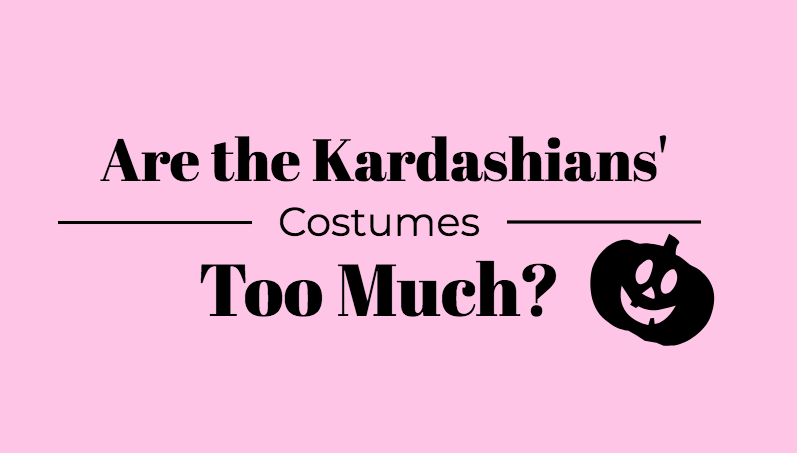 The show “Keeping up with the Kardashians” first premiered on October 14, 2007 and it is still airing on the E! Cable network.

The Kardashian/Jenner family is known for being proud of their bodies and showing them off, for them Halloween is no different. Halloween is often viewed as a family oriented holiday to spend time with children that dress up in costumes and receive candy. The Kardashian family celebrates the holiday differently by celebrating and dressing up on multiple days, each day in a different, often revealing costume.

Kim Kardashian is one of, if not the most well-known member of the family and she has been wearing “sexy” halloween costumes since she has been famous. Past costumes such as Sexy Jasmine, Sexy Cheetah, and many more left people criticizing Kim Kardashian, saying that this was not appropriate and that young girls who look up to her will see this and do the same.

This is not the first time Kim has been condemned for showing off her body, but she is not ashamed and defends herself to those who show hate towards her. Most of Kim’s haters share their opinions on Twitter. For example after posting a nude selfie, actress Chloe Grace Moretz tweeted at Kim that it was “sad” for her to be posting such inappropriate pictures. In response Kim posted another nude picture, exuding self-confidence.

“I personally am not that impacted by their choice of costumes and if they are salacious or not. But I see where the public comes from because their bodies are not all natural and they are setting unrealistic body expectations for young girls. A few of their costumes I would actually wear because I don’t think they are too inappropriate, but others I would never,” says Fallon Flaharty (’19).

Kylie Jenner is another member of the family that celebrates the holiday to an extreme. This year Kylie wore five different costumes: Barbie, a butterfly, Victoria Secret Angel, a thundercloud, and Pineapple Blue Raspberry Fanta. Both the butterfly and thundercloud  involved her daughter Stormi. Last year Kylie was pregnant, and showing during the Halloween season. In years past Kylie’s costumes have been extremely sexual and have shown off most of her body, but this year during Stormi’s first Halloween her costumes were not as revealing.

In response to people saying that the Kardashians photoshop all of their pictures, Kourtney tweeted an overly edited Halloween picture mocking the haters.

Mother Kris Jenner always supports her daughters in their clothing choices, and she is the reason they have so much self-assurance. Kris is often referred to as the  “mom-ager” because she manages all of her daughters. Although Kris did not dress as exposing, she too wore an elaborate costume for Halloween.

This year the family members decided to collaborate on a halloween costume and dress as Victoria Secret Angels. Each girl wore lingerie and a pair of Victoria Secret wings. This is the first time all of the daughters have collaborated on their Halloween costume. The girls dressing up and showing off their bodies, although not everyone is approving, does show young girls that it is okay to have confidence in your body.

Body confidence is present with all the Kardashians/Jenners because they have different body types and they feel good enough to be able to show their body to the world which is open to criticism. The Kardashians act as role models for girls that are ashamed of their body, and need to learn to embrace it instead.