How People Perceive Makeup in the Social Media Age (Opinion) 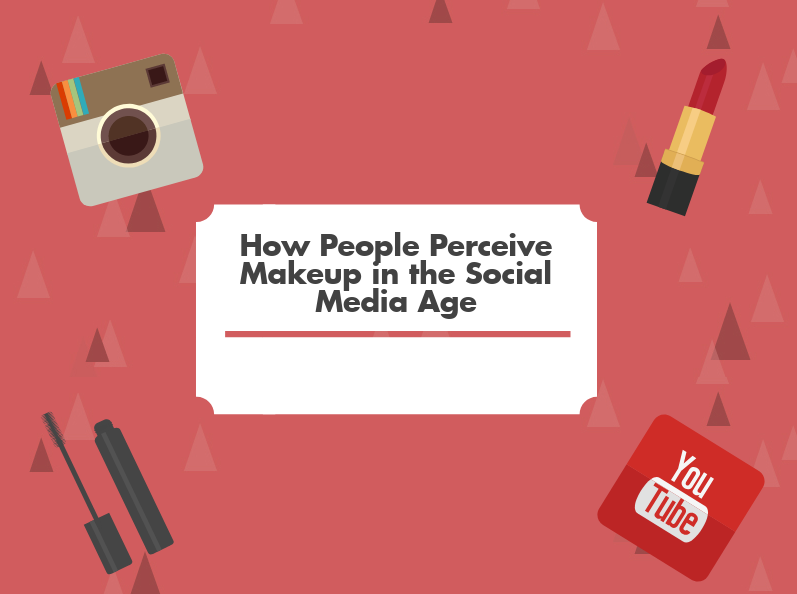 According to Statista, 31% of 18 to 29 year old makeup consumers in the U.S. report wearing makeup every single day.

It is no shock that, as women, we have virtually been conditioned to be hyper aware of how we look, act, and present ourselves. This is a societal construct which has been developing and modifying itself continuously for the past millennia, and one which I doubt will cease any time soon. Though this may be an idea which we have become accustomed to, the standard for what qualifies as beauty, and the way with which the beauty industry works, has most definitely adopted quite the change within the past five years.

There is quite an evident pressure placed on the looks of women, and even more specifically, teenage girls, perpetuated by the overwhelming use of social media and its subsequent standards. According to a study conducted by Dove in 2015, women are 50 percent more likely to say something negative, rather than positive, about themselves on social media. I do not  think anyone these days doubts that social media has had a negative effect on how girls view themselves and beauty as a whole. However, one aspect of social media which has seemed to receive greater and greater emphasis recently seems to revolve around the use of makeup and the various debates which it entails.

When it comes to makeup in relation to both social media and the beauty industry, there seems to be a link which has begun to intertwine the three almost unquestionably. This recent surge of social media based makeup trends seems to stem from the overwhelming abundance of what have been dubbed “beauty gurus” and “influencers” throughout various social media platforms.

These various influencers include major names such as Jeffree Star, James Charles, Jaclyn Hill, Manny MUA, and NikkieTutorials, as well as larger scale celebrities such as Kylie Jenner. The impact which these gurus have had on the beauty industry primarily center around the trends which the community is predicated on. A few years ago, beauty trends stemmed from the catwalk and were disseminated through adverts and the like. In recent years, everyone seems to get their beauty inspiration from the various trends influencers are setting through websites such as YouTube, Instagram, and Twitter.

“I personally love watching a lot of the beauty gurus like James Charles and Jeffree Star. I actually don’t even really watch them for the actual makeup side of things, but I love what they’ve brought to the table personality wise. I love how eccentric and unashamed they are. I also love how they depict their lives on social media and such,” says Summer Wolf (’19).

Through this shift, there have been many changes to the way people portray themselves wearing makeup on both social media and in public. Makeup has become a major phenomenon, more so than it has been for the past few decades; however, I think that a major part of this has to do with the emphasis these internet celebrities have begun to place on it. Before now, there hadn’t been many mainstream celebrities whose careers were entirely predicated on the use of makeup, and because of the influence these celebrities have begun to have, more and more susceptive teenagers are beginning to follow the makeup trend.

Of course, this change can be both negative and positive in nature, as any other major trend in the modern age.

On one hand, this widespread use of makeup has seemingly made the beauty community more inclusive, especially in terms of the growing acceptance to the male use of makeup. Influencers such as James Charles, who broke through in 2016 as Covergirl’s first ever “Cover Boy,” made quite the impact in terms of beginning the widespread tolerance and understanding of makeup regardless of gender.

“I think that there has definitely been a positive shift towards acceptance in terms of who can wear make up and the stigma around it. I love it. I think it’s a significant marker for how the world is changing, and I don’t think the shift could have come about so suddenly had it not been for social media and the platform it gives to people like James Charles. Him becoming the first ever Cover Boy sets a precedent for other companies to take into consideration that maybe the world is ready for this now,” says Casey Martin (’20).

A HUGE congrats to the very first CoverBoy, James Charles!! What an awesome honor!!! Rockin' it!! 🙏🙌 pic.twitter.com/c7ywMdhXFG

The rise of the social media makeup trend has also given way to a greater emphasis on the idea of makeup as an art form. Though makeup may have been seen as a form of artistic expression in more professional settings, such as runways, due to the social media trend it is becoming much more accessible to younger audiences, giving way to much artistic inspiration for teenagers.

However, there is definitely some inherent toxicity within the use of social media as a form of expression. There seems to be a pressure now to not only wear makeup, but to also look a certain way in regards to that makeup. Though there is certainly a degree of inclusivity, such as the James Charles scenario, there is also a degree of exclusivity to an extent. Since these make up trends have such a specific look to them, it definitely perpetuates a “follower” mentality in which everyone wants to make sure they are fitting in, in a sense. For example, the idea of “Instagram makeup” has become an incredibly popular fad, and the looks tend to all resemble each other in terms of the thicker eyebrows, intense eye makeup, and over lined lips.

“I don’t really wear make up, and I don’t follow the social media makeup trends. I would never judge anyone for wearing makeup or choosing not to because I don’t think that a signifier of character at all. However, I do think there is some toxicity in the current makeup trends just because I feel like some girls feel like they have to look a certain way for their Instagram, and they must have a very specific look to ‘fit in’ with the latest trend,” says Madison Rooth (’19).

Whichever way you put it, I think that there is always going to be some kind of stigma and controversy around makeup, especially in a time when it is so heavily concentrated on the internet. However, it is important to recognize that there is no one way to do makeup, or even not do it. Individuals should be allowed to express themselves in whatever way makes them the most comfortable, and that applies to makeup as well.

Robin Sailor-Zander (’19) says, “I might have the worst self confidence ever, and that’s something I have to deal with on a daily basis. However, I try my best, and I have found that no matter what I do, I can’t win. I don’t wear makeup very often, and I feel as though people think I just rolled out of bed without any care or concern gone into how I look. This is so incredibly problematic, but when I do feel artistic enough to put on a full face of makeup, people are given the impression that I am either stuck up or trying to hide behind a mask. If I feel confident with a full face of makeup or none at all, it isn’t for you. I didn’t look a certain way that day to impress you, so keep your opinions to yourself. You have no idea what kind of self-esteem issues that person could have, so would you really want to be the reason that it collapses? Just something to keep in mind the next time you judge someone based on their physical appearance.”