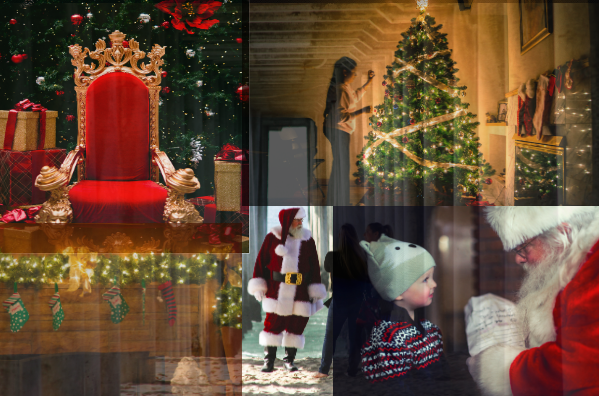 At around 8 years old children start to doubt the existence of Santa.

I recently have been entrusted with the task of shattering a childhood, specifically my little brother’s. Like any other high school freshman, my brother Andrew walks around hiding from seniors, playing Fortnite, and doing his best to spend his time working on anything but schoolwork. However, as typical as he sounds, my parents are worried about him. Standing barely five feet tall, Andrew is already subject to some teasing, but his height is not what is worrisome:  My fifteen-year-old brother still believes in Santa Claus.

Either from a naive imagination or an undesired curiosity as to where his Christmas morning presents come from, my parents found this unremitting belief concerning and sought me to solve this developmental hiccup. Of course, parents, please do not burden older siblings to keep and then reveal the secret of Santa, do not forget to move the Elf on Shelf for us to find and move at three in the morning when printing an essay, and do not tell us to leave out the good cookies because you want to eat them.

Like most things, the Santa myth began as a positive vessel, meant to encourage children to behave and reason in order to evaluate the credibility of such a tale. The objective is to hone critical thinking skills and, as children start to skepticize if an old man can really eat that many cookies in one night, gather evidence that leads to a conclusion. The Santa story is a right of passage and shows that a child has reached a new stage of maturity.

However, this myth has been exploited in order to compel children into behaving. It is a manipulative strategy to get children to behave by relying on extrinsic merchandise, and by telling them to behave in order to get what they want. Once that motivation is gone, are kids still obliged to behave? Further, are children compelled by a desire for gifts or a fear of neglect? For some, the Christmas myth is even instilled through terror. In Catholicism, the creature Krampus is a counterpart to St. Nicholas and, instead of rewarding children, is believed to punish “wicked” children by stuffing them in a sack and taking them away to his lair.

Author and journalist Tom Flynn presented five arguments against engaging in the Satna myth in his 1993 book, “The Trouble With Christmas,”

Although there is exaggeration, Flynn’s message is clear. Engaging in the Santa myth is not the most productive method of encouraging good behavior in children. Children can start to lie frivolously, as parents set the example of a trivial lie. Learning to lie is one of the most important parts of maturity and tampering a child’s trust can result in inhibiting this vital life skill. Children can also become susceptible to mistrust if the existence of Santa has been instilled in their childhood, only for them later to find out it was fictional.

“Charlotte grabbed the Elf on the Shelf and said ‘I’m more powerful than Santa!’ I, honestly, was not prepared – I did not expect that. Charlotte could care less, she thought it was ridiculous she grabbed it and said, ‘Bring it on, Santa,’ I picked it up with a dryer sheet and I moved the elf back over there and the elf has not come back. And she has cried a lot because she thinks the elf has died,” said Math and Computer Science teacher, Jessica Lamm, regarding her daughter’s interactions with their Elf on the Shelf.

When I was 11, I was like "wait.. How come Santa writes just like my mom?" Then boom. #SantaIsntReal

While the Santa myth attempts to promote healthy habits, there are many ways that it fails to contribute to a child’s healthy development. Ultimately, the parents determine the extent to which they take the myth.

Resident team leader and new bearer of bad tidings for my brother, Jesuit senior Sean Doherty said, “Well, I think it’s good for a person to come to the conclusion that Santa doesn’t exist on their own, but at a certain point, they should be told the truth if they don’t figure it out themselves.”

Encompassing every opinion regarding the Santa myth, the main message is that a parent should monitor their child’s progress and, eventually, tell the truth about Santa.

Finally, I personally would like to add a small anecdote that really stumped me about Santa: The NORAD Santa tracker. I thought there could never be something this official for a fictional man. This, coupled with the plethora of Christmas movies I would watch as a kid, made it difficult for me to come to the correct conclusion about Santa. However, I have made it and so can Andrew – let’s just hope that he is still encouraged to behave.

Wish me luck and good tidings as I embark into this happy and (brutally) honest Christmas break. And for all of the parents out there who want to forward this article to your child (as I will be forwarding this to my brother), I will make this easy for you: I’m sorry kids, but there is no such thing as Santa Claus.