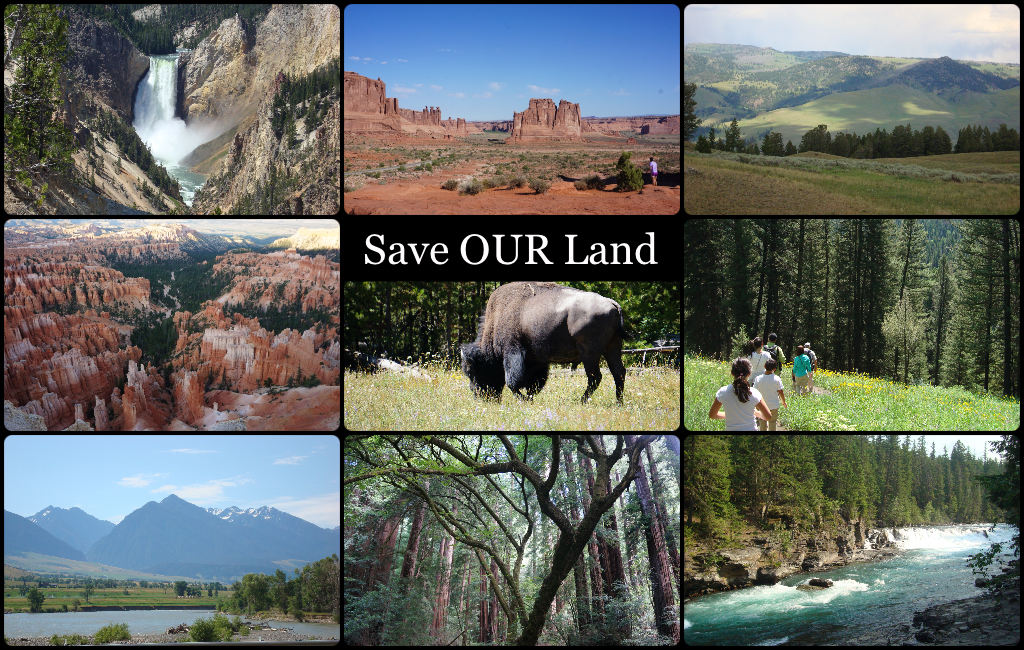 “Everybody needs beauty as well as bread, places to play in and pray in, where nature may heal and give strength to body and soul.” — John Muir

The same day we learned about Theodore Roosevelt’s conservationist efforts when he became president in 1901 in Advanced Placement U.S. History, I received a news alert from The Washington Post: “These southern Utah sites were once off-limits to development. Now, Trump will auction the right to drill and graze there.”

Yet, this precedent set by Roosevelt to preserve the environment, which is constantly being damaged, depleted, and encroached on by human beings, is being neglected as people crave more and more land as Pocahontas so rightly calls out in the famed Disney movie: “You think you own whatever land you land on. The Earth is just a dead thing you can claim. But I know every rock and tree and creature. Has a life, has a spirit, has a name.” Cheesy, I know, but it serves its purpose.

In December 2017, President Trump signed a proclamation that would cut the size of the national monuments Bears Ears (a 1.35 million acre piece of land in Utah, which is sacred to several tribes and home to precious artifacts) and Grand Staircase-Escalante (where “researches have unearthed 75 million year-old dinosaur fossils”). As of February 2020, the Interior Department has “finalized plans” to allow drilling, mining, and grazing in these areas.

Art Teacher Lisa Perkowski says, “I respect and support the beliefs of our country’s Indigenous heritage. Land is sacred; even Old Testament literature poetically uses imagery from nature to understand God. People are just beginning to ‘relearn’ how to benefit from the gifts of land without exploiting it. I see the current administration’s measures as a reversal to an emerging trend toward more sustainable living and a greater understanding of the integrity of creation.”

"NPCA’s founder said a century ago that it is the people who must save their own national parks. It was true then, and it’s true today as hundreds of thousands of them have spoken up to protect Bears Ears and Grand Staircase-Escalante." #YourParksYourTurnhttps://t.co/ZS8gsv2BMC

Bears Ears and Grand Staircase-Escalante contain oil, gas, and coal which are seen as valuable resources. Under the plan, 1 million acres of land will be open to grazing and 2 routes for off-road vehicles will be created, yet conservationists and archaeologists are concerned such measures might damage cultural artifacts. In addition, the Communications Director for the Bureau of Land Management Utah has stated “trees and other vegetation can be cut.” In short, the plan is to decrease Grand Staircase-Escalante by half its original size and Bears Ear by 85%.

On one side, there are those who believe this decision is a good thing and will help stimulate local and rural economies, such as Utah Governor Gary Herbert (R). He stated, “Monuments should be as small as possible to protect artifacts and cultural resources. And they should not be created over the objections of local communities.”

“I think it is definitely important to protect our national monuments because of all the history and significance it has, especially for future generations, but I would understand allowing grazing and allowing a national monument to become a sort of natural monument. However, I don’t like the idea of drilling and mining in these areas. I think this argument is one in which both sides have valid points, and it is really difficult to pick a side,” says Delaney Ross (’23).

However, how is it logical to cut down the size of public lands in order to further preserve artifacts if the location of possibly hundreds or thousands of ancient artifacts, like fossils, are unknown or yet to be discovered? We would, therefore, be hindering human progression and knowledge when many actually believe the opposite.

Conservationists and tribal communities argue their traditions and the cultural and historical significance of these monuments will diminish if this plan goes through. And, they won’t go down without a fight. Nowhere in the 1906 American Antiquities Act does it give the president the power to cut or repeal historical landmarks, as National Geographic reports, and the last time something similar occurred was in 1915 when Woodrow Wilson cut the size of Mount Olympus National Monument, but it never went to court.

There's nothing quite like nature's unique ability to bring us a little calm in the changing pace of the world. 🌎 #NatureZen pic.twitter.com/LFIPRCcClO

Stephanie Oehler (’21) says, “I disagree with this decision because public lands such as national parks and monuments should not be touched by the president or federal government. It is disrespectful to allow drilling, mining, and grazing in areas that are sacred to several tribes and home to precious artifacts such as fossils.”

“The battle for conservation will go on endlessly. It is part of the universal battle between right and wrong,” conservationist and early advocate for the “national park idea” John Muir stated and even predicted.

This is not a matter of political loyalty or affiliation, but a matter of history and protecting the vulnerable and helpless — animals and nature. In my opinion, presidents, regardless if he or she are Republican, Democrat, or of a third party, do not have the power to exploit national monuments for its resources (especially at a time when the world should be moving away from fossil fuels and towards renewable energy) or reduce and/or exterminate them completely.

Ross says, “I definitely think the U.S. should start to move toward renewable resources. In Advanced Placement Human Geography, we recently learned about renewable resources, and I was amazed about all the different sources of energy because I hadn’t heard of much of it in use. I think that with all of the options out there, we should at least use these renewable resources more than we do currently, if not exclusively.”

If, worst-case-scenario, the court decisions go in favor of the Trump Administration, that sets a precedent for future presidents, therefore, asserting his or her power to interfere with national monuments and lands until there is no more land to protect.

visited 3 national monuments today: walnut canyon, sunset crater volcano, and wupatki – northern arizona is so rich in environmental & cultural treasures – a constant reminder that we need to protect and preserve these places pic.twitter.com/5hhcbmYCz9

Our Earth club member Isabella Ruano (’21) says, “The government does not have the right to decrease the size of national monuments for any reason, especially at the expense of the environment. Rather than tearing down land, society needs to preserve it. There will come a time when there is little to no land left to preserve, and the government needs to take that seriously.”

While many may see national monuments as unnecessary or a hindrance, they fail to recognize the beauty and character they give our nation. National monuments and parks (Yosemite, Arches, Great Smoky Mountains, Acadia, Yellowstone, Mount Rushmore, and more) represent the true beauty of the U.S. that has, for the most part, been tainted and dismantled by human activity.

Muir convinced Roosevelt of just this during a three-night camping trip, which has hence changed the fate of U.S. national parks and monuments — until now.

There is a love of wild nature in everybody.”

I have had the opportunity to visit national parks and monuments, so, for the reason, I am passionate about saving them. If only everyone witnessed and reflected on the beauty of nature, whether at a national park, monument or even in a backyard, the minds of anti-conservationists would change almost instantly.

Perkowski resonates with this saying, “As a teenager, I had gone with my family to Arches National Park and Glen Canyon National Park, both in Utah, not too from Bear Ears. The landscapes found in these monuments are absolutely stunning; no human architect could recreate such magnificence to connect people’s hearts and souls to our Divine Creator. ”

Take action by signing “Speak Up for National Monuments,” from The Nature Conservancy, if you “oppose changing the borders of these national monuments and [are] disappointed in this short-sighted decision.” Click here.