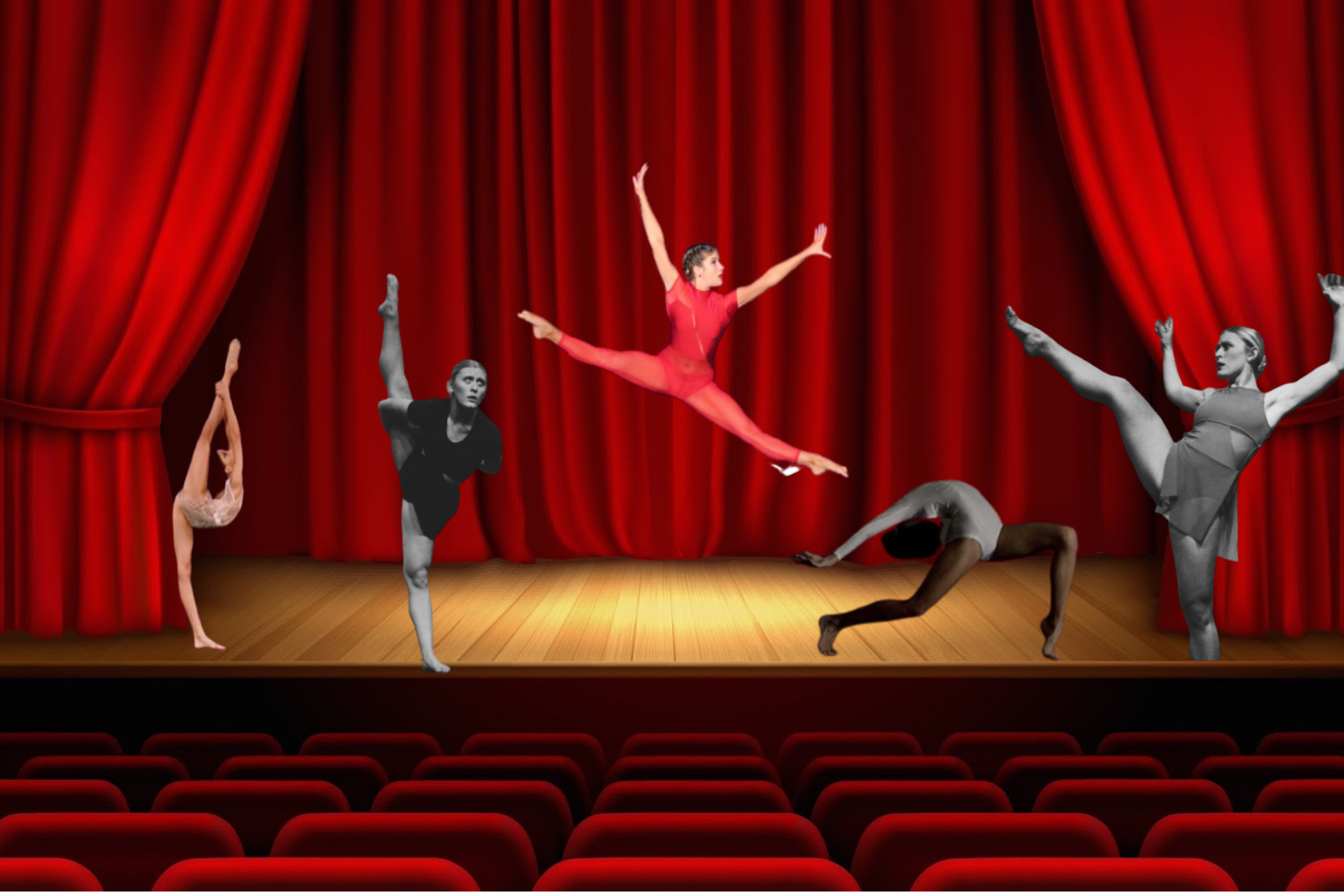 This image was created to represent the art of creating something. Lexi Rios (’21) and Lane Hearn (’22) are prominent dancers in the Academy community. (Photo Credit: Bella Besece/ Achona Online/ PiktoChart)

This image was created to represent the art of creating something. Lexi Rios (’21) and Lane Hearn (’22) are prominent dancers in the Academy community.

The Sport and Art of Dance (OPINION)

The question “is dance considered a sport” is one that comes up very frequently. When you google this question, both sides of the argument come up: the side of the dancer and the side of the middle school boy that insulted you. But, an unconventional stance to take into consideration is that both answers are right.

Is dance a sport or an art? The answer is both. Dance requires stamina, endurance, and strength training just like any sport. But it is also an art, as the dancer is telling a story without speaking:https://t.co/sn6Mld5aUC#DanceAppeal #Dance #Classes pic.twitter.com/pCRV3VLhKQ

Dance is a sport because it is physical. If you look at a dancer’s legs and feet, the majority of the time they are covered in blisters or bruises. A dancer’s legs might even be more bruised than those of a soccer player. Dancers also deal with many injuries. One wrong move and they are easily hurt. Dance requires years of training, sacrifice, stamina, and discipline.

However, If you look into the history of dance, it originated as a form of entertainment. It grew to become a source of cultural reflection, and has now grown to be competitive.

Competitive dance is any form of dance in which the dancer is ranked on its technical ability, difficulty of choreography, and performance/appearance. Since the dancer is ranked or scored by a judge or “referee” it is considered to be a sport. Dance is judged or scored in a unique way and every “point” is not worth the same value. It could be argued that you can “win.” However, dancers do not just want to win. Winning may feel good but telling a story and inspiring others feels better.

“I think dance is both a sport and an art, but mostly a sport. Dance is a sport because we as dancers are athletes as well and train and work hard just as an other athlete would. I spend hours a week training and conditioning in dance. Dance is physical and involves skill in which we compete against others in front of an audience. To me, that is the definition of a sport. Not everyone can dance, like they say. To dance takes great mental and physical strength,” says Alexa Rios (’21).

Those who argue dance is not a sport are also correct because dance is more than just physical activity. Dance requires performing and acting. You can argue that when you watch a soccer player running with the ball they are performing, but they are not required to express emotion.

Dance is its own art, it is an art of creating something.  It varies from the connection the dancer is making with the audience to the image the dancer is creating with his or her body. Dance is a new way of creating movement. Dance should be valued and appreciated for what it is.

” I think dance is a sport and a art because it has many creative aspects but it is also very competitive,” says Lane Hearn (’22).

To be a dancer, you must not only be physical but be able to have an emotional connection with your audience. You are required to perform. You are not only an athlete, but also an artist.