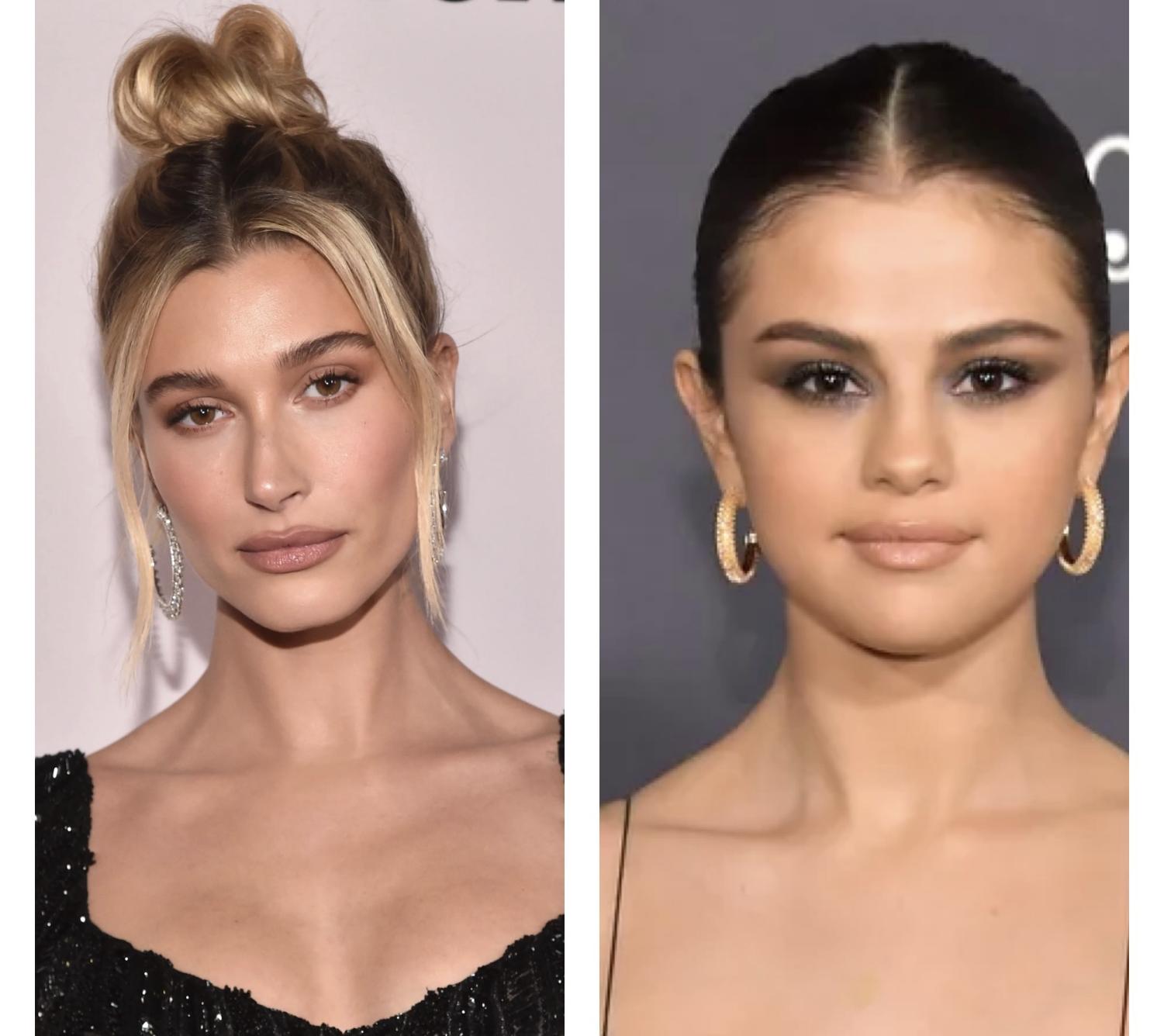 Both Hailey Bieber (left) and Selena Gomez (right) have faced scrutiny as women in the public eye.

After years of torment from fans, Hailey Bieber and Selena Gomez have officially ended the public argument that was supposedly between them as they posed together at the Academy Museum Gala in Los Angeles this past weekend.

The speculation of Bieber and Gomez’ feud began around 2017 when Justin Bieber and Gomez were seen together walking the streets of Los Angeles on a coffee run after they had been broken up for three years. Bieber had already been with Hailey Baldwin as a couple since around 2016, but media speculation assumed they had broken up; Bieber and Gomez being photographed together just confirmed the rumor. Expectedly, “Jelena”  (Justin and Selena’s relationship name) fans were ecstatic with this rekindling of the couple, but Baldwin’s fan base automatically began to attack not the couple as a whole, but Selena Gomez specifically.

“When I first saw that picture I thought it had to be photoshopped, so I had to look it up myself and I genuinely could not believe they were hanging out. I thought they hated each other or something”, says Maggie Smith (‘23).

The public eye of social media had an immediate negative view of Gomez and Hailey Bieber’s relationship — the two were instantly pitted against each other in the media, all over a man. Nobody knew either side of the story, and they could have been friends and or had an understanding with each other this entire time, but the labels that were placed on their friendship were difficult to erase, no matter what they said. This is not the first time this situation has taken place in recent pop culture, as women are often seen as villains and pitted against each other over their relationships with men, but the man is typically not held accountable.

Neither of these women should have to speak out on social media about the social media storm, considering that Justin and Hailey are now happily married and Gomez has been uninvolved with the two, and happy, for five years. They have both moved in different directions and are successful in their own careers, but social media has been persistent. Many fans were obsessed with seeing them talk about Justin instead of the things they were passionate about and wanted to share with the fans.

“I am a very big Bieber fan, always have been, and even though I do like Selena and Justin better together, I still do not see the problem with Hailey and Justin being married. He and Selena broke up so long ago and people need to get over it, they are literally married”, says Ava Politz (‘23).

On September 27, Hailey went on the very popular pop culture podcast, “Call her Daddy, hosted by Alex Cooper. On the episode, she was asked about her feelings towards Selena Gomez, and for the first time ever, publicly addressed the situation. Hailey said that she has no bad feelings towards her and that she respects the relationship they had, but now they both have moved on and she wishes that was respected more. As a result of this podcast, Hailey received extreme backlash from Gomez’s fans. Selena then released a message on social media saying she does not condone any of this hate. The extremes these women have had to go to clear the air and move on with their lives are typical of these types of situations: the media will not allow them to be actual friends, and they must hate each other for entertainment value.

After the uproar caused by the podcast episode, the picture from the Met Gala sparked conversation on every social media platform. Hopefully, the pictures were enough to silence the fans about a couple of ten years ago. Both Hailey and Selena deserve respect from their fan bases as strong and independent women, and a man should not define their celebrity status. Although Justin Bieber is a great pop artist, he should not be the deciding factor of their success or downfall based on his dating status.

Because of the media’s effect on situations like these, it has become much more common for women to keep their relationships completely off of the internet. Celebrities now go to much more extreme lengths to remain private, which should not be necessary. People on social media have scared women off, as they are constantly being pitted against or compared to other women. Hailey Bieber and Selena Gomez, whether they are friends or not, should never be compared because they were with a common guy at different times. Unfortunately, that is the media’s first response in playing the false hate game between female celebrities.