Ven. Carlo Acutis: Proof That Teens Can Do Powerful Things 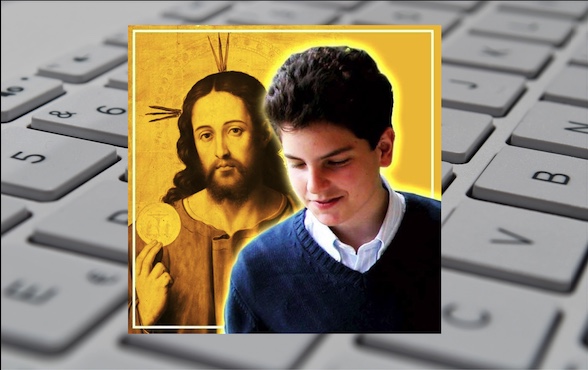 “All people are born as originals but many die as photocopies.” Ven. Carlo Acutis

Ven. Carlo Acutis, a boy in Italy, grew up in a family that was “not the ideal model of a Catholic.” One day, though, he started begging his mother to go visit Jesus in the Blessed Sacrament. He asked her so many questions that she couldn’t answer, so she started taking him to Mass and going to religious education classes herself to teach him.

Acutis had an advanced knowledge of computer science, and created a website to document and spread all of the known Eucharistic miracles in one place. He had a deep devotion to and understanding of the Eucharist, and wanted to share the joy and reality of Jesus with everyone. It is so amazing to see his faith and how it spread to so many people, and will continue to.

Carlo Acutis will be beatified October 10. The miracle attributed to him was the healing of a Brazilian child with a rare congenital anatomic anomaly of the pancreas in 2013. The date for his beatification was moved to October because of Covid-19; he is such a model for young people that they want to be able to celebrate, which was just not possible earlier this year. This is also will be the first time in history a saint is beatified clothed in jeans and tennis shoes.

To capture the power of the Eucharist and Carlo’s devotion, I asked Sr. Joo Yun Park, FMA, to explain.

“Jesus left us his body and blood to be our spiritual nourishment on the journey of life. If we want to see and experience God, there’s no better way than to be united with his flesh and blood through the Eucharist.”

“There are numerous Eucharistic miracles all over the world. We know that, during Mass, at the consecration, the bread and the wine change completely into Jesus’s body and blood. The substance (what it’s made of) changes, while the outer appearance remains the same. Eucharistic miracles are when the consecrated (blessed) bread manifests the changes that takes place during Mass. For example, in the 8th century, in Lanciano, Italy, during Mass, the bread took on the appearance of human flesh and the wine, human blood. Scientists tested the flesh and confirmed that it truly was human flesh and the blood was human blood, type AB. Jesus allows these miraculous manifestations to help increase our faith. These heavenly signs show us the reality of what’s really taking place during Mass, even though we can’t always see it visible changes.”

“Carlo was very much a normal, modern youth. While his family wasn’t exceptionally religious he developed a personal love for God. Carlo knew God is real, God is the reason for his existence, that God calls him to love and care for others, and that God loves us so much that he would become a humble piece of bread for us, so He could be one with us. Carlo knew that becoming a Saint is simple and achievable. He said, “Sadness is the gaze turned towards oneself, happiness is the gaze turned towards God. Conversion is nothing but moving the gaze from the bottom to the top. A simple movement of the eyes is enough.” Carlo shows all young people that holiness doesn’t require amazing feats or world recognition. Holiness is about loving God and striving to follow His plan for your life.”

To always be close to Jesus, that is my life plan.”

“Ven. Carlo Acutis had a PlayStation. He made ridiculous videos of his dogs where he pretended to talk for them. He played soccer. If he were alive today, he'd be 28. And he's going to be beatified soon [towards official sainthood status]. Carlo's mom doesn't know how he knew Jesus. His family never went to church, but as a preschooler Carlo began to beg to stop in and visit Jesus. So they did. And as Carlo grew in holiness, he dragged his mother with him. "He was like a little savior to me," she said. After Carlo made his first communion, he never missed a day of Mass again. His parents didn't go, but he did, an 8-year-old boy walking through the streets of Milan alone to go visit Jesus. As he got older, Carlo began to realize how few people went to Mass. He knew that if they understood that Jesus was really present in the Eucharist, they wouldn't be able to stay away. So Carlo began to research Eucharistic miracles. He'd started reading college computer programming textbooks when he was 9 or 10, so he built a website to share what he'd learned with the world. Carlo was an ordinary kid. He had to figure out how to use the internet for good. He had to balance screen time with real life (he allowed himself an hour of video games a week–his rule, not his parents'). He lived in the same world we live in–he's younger than many of us–and he figured out how to become a Saint. I visited his grave in Assisi last year and was just so overwhelmed by the absolute invitation I saw in the dates listed there. 1991. He was born in 1991. There's just no excuse–I've got to be a Saint.” – Meg Hunter Kilmer @mhunterkilmer The tomb of #CarloAcutis was opened earlier today in Italy (in anticipation for his beatification). 📷Cred: @ewtnvatican

One Response to “Ven. Carlo Acutis: Proof That Teens Can Do Powerful Things” 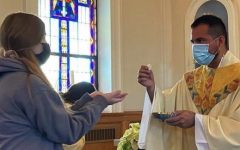 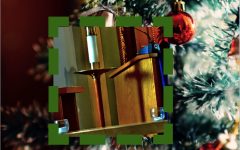 That Christmas-y Feeling is Not as Present This Year: What to do to Make this Year’s Celebration Better 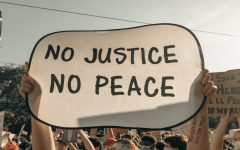 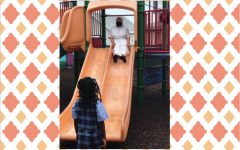