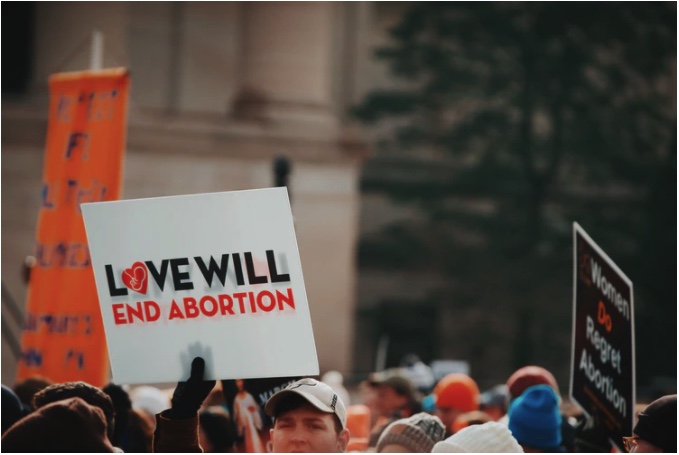 The whole point of the pro-life movement is love: to love the mother and her baby. (Photo credit: Tessa Rampersad/Unsplash)

The whole point of the pro-life movement is love: to love the mother and her baby.

On September 1, 2021, Texas Gov. Greg Abbott signed into law the Texas Heartbeat Act, a ban on abortions after 6 weeks. This act, designed to protect the unborn and the women (who abortion seriously harms), prohibits abortions after babies are six weeks, because that is when the heart is fully formed and a heartbeat can be detected. If a woman is caught having an abortion, private citizens can report the abortion provider and people who helped her, such as someone paying for her or driving her, and would earn at least $10,000 and the cost of legal fees if they won. There are many misconceptions going around about this act, so I have addressed some of them for you.

Women will get sued for having a miscarriage or an abortion.

This bill does not provide or allow the criminalization of women. It falls on the abortionist and everyone who helped. Miscarriage is not abortion; it is a tragedy that some women go through, and comparing it to abortion just increases their pain. The bill allows women who have had a miscarriage to have the baby removed. Sharing this false information could seriously harm or kill a woman who had a miscarriage but is afraid to get the medical help she needs after.

In the state of Texas, rape is described with the term sexual assault. Sexual assault is a second-degree felony in Texas, and perpetrators can receive a sentence of 2-20 years in a Texas state prison. They are also fined $10,000 and must register as a sex offender when they are released from prison. Aggravated sexual assault is a first-degree felony with 5-99 years in prison, a fine of $10,000, and an increase of the minimum amount of years in prison if the offense is against a child. In this new Heartbeat Act, the woman is not sued, the provider and people who knowingly helped her are the ones who would be sued. Rape is a terrible crime, one of the worst anyone could commit against another person, and that simultaneously does not justify the killing of an innocent baby. The baby should not be punished for the crimes of his or her father. The victim does not need to be told that killing her child will help her, she deserves better. She needs to be shown that she is loved through that trauma and supported in raising her baby.

This is not true at all; a rapist can NOT sue the victim. Page 9 section (j) 13-16: “Notwithstanding any other law, a civil action under this section may not be brought by a person who impregnated the abortion patient through an act of rape, sexual assault, incest, or any other act prohibited by sections 22.011, 22.021, or 25.02, Penal Code.” Abortion is a tool used by people with terrible intentions to keep abusing young women without facing the consequences. All the abuser has to do is keep forcing her to have abortions, and he never gets caught. It’s a get out of jail free card, quite literally.

This law is designed to control women and the decisions they make with their bodies.

It is actually the complete opposite. This law highlights that it is not just the woman’s body anymore, there is a life inside her (click here to see an example of that). A life that is not her own. Pro-lifers and the creators of this law do not have any intent on controlling women and their bodies; we are concerned about the baby and his or her mother. We love the mother and want the best for her, and abortion is always the worst option for her.  The British Journal of Psychiatry analyzed data on 877,000 women, including 164,000 who had an abortion. Of those women who had an abortion, there’s an 81% increased risk for mental issues, such as being 34% more likely to develop an anxiety disorder, 37% more likely to have depression, 110% more likely to abuse alcohol, 155% more likely to commit suicide, and 220% more likely to use marijuana. Obviously, these statistics are a major cause of concern.

As Catholic Christians, we are called to respect life from conception to death. As abortion is only measured successful if it kills, it is never acceptable. “The word of the Lord came to me: Before I formed you in the womb I knew you, before you were born I dedicated you, a prophet to the nations I appointed you.’” (Jeremiah 1:4-5). As God knew you “before [He] formed you in the womb,” He knew you and loved you the moment you were conceived.

“God created mankind in his image; in the image of God he created them; male and female he created them,” (Genesis 1:27). He created us in His image and likeness, and killing the most innocent among us is not part of His plan.

“You shall not kill,” (Exodus 20:13). Considering the fact that an abortion is only deemed “successful” if the baby is killed, this verse is very applicable to it.

“You formed my inmost being; you knit me in my mother’s womb. I praise you, because I am wonderfully made; wonderful are your works! My very self you know,” (Psalm 139). God spent time individually forming us in our mother’s wombs, lovingly choosing us. He literally called us into being, and playing God and choosing to “get rid of” an innocent child goes completely against His plan.

“A thief comes only to steal and slaughter and destroy; I came so that they might have life and have it more abundantly. I am the good shepherd. A good shepherd lays down his life for the sheep,” (John 10:10). Christ, who we are called to live like, says that He sacrifices Himself so we can live. Abortion is the opposite, it has women sacrifice their children so they can live.

These Scripture verses are not meant to be attacking at all, they are meant to show the beauty in how God created us with so much love that we have dignity and (should) have the right to life.

The whole point of the pro-life movement is love, to love the mother. To love her baby. Jesus calls us to love them all, and part of loving the mother is helping and supporting her in her pregnancy, not killing her baby for a “quick fix” that fixes nothing and instead hurts everything worse. Scientists also know that life begins at conception, and a heartbeat is just a developmental milestone. So, this law was only a start, and people against abortion hope for a law protecting all of the unborn children in the near future. While this fantastic law protects thousands of babies in Texas and is a great law that, hopefully, other states pass, our country needs to end abortion altogether, from conception. We believe that the only sin God doesn’t forgive is the one we don’t ask forgiveness for, and He has mercy on us and all of the women who have had abortions. Women can find healing from abortion through Project Rachel.

Remember to fact check before you automatically believe information on social media or from biased news sources.  It is best to not just immediately believe everything we see on Instagram, and we should do research before jumping to a certain side of any issue. 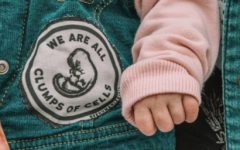 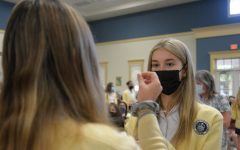 Mass: More Than Staring At the Whole School And Getting Overheated in These Yellow Sweaters

Mary leads us to Jesus: AHN receives visit from Fatima 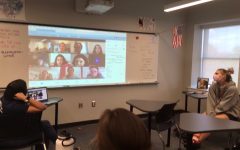