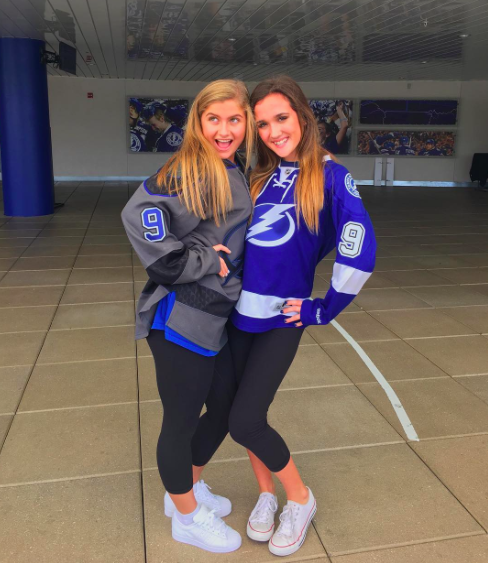 Sophia Arnold and Joely Barkett are big hockey fans and are disappointed by the loss of the USA Hockey team.

USA’s Hockey team lost the first preliminary round 3-0 against Europe and 4-2 against Canada, losing their chances of advancing to the semifinals to compete in the upcoming 2016 World Cup tournament.

Team USA is known to be intensely physical and consistent in stealing the puck, but their performance during the competition, only scoring two goals, proves otherwise.
Hockey fans believe that the team was unprepared and not motivated enough to do their best even though the team knew they were facing a three-game preliminary round.

Joe Pavelski, as a first-time USA captain, has to take some responsibility for this very disappointing World Cup of Hockey thud.

Hockey captain Joe Pavelski supports his team,
“We needed to do a better job than what we did, but there’s a lot of good players in that room.”

The USA’s loss against Canada not only let American Hockey fans down, but eliminated the team’s chances of competing at the international World Cup competition.

The team’s players are dissatisfied by the fact that they were out after two games.

Defenseman Ryan Suter, who accidentally scored a goal for the wrong team, vented,

“I think we’re all disappointed. I feel like we let our country down. We let ourselves down.”

The question surrounding Team USA’s defeat is if either the wrong coach was picked or wrong players were selected to compete.

Lombardi picked players that held grit and leadership qualities and avoided choosing players with high-skill levels, which was the exact quality that lead the Canadians to their win.

Whether the wrong coach was chosen to guide the team, or the players simply did not try their hardest; this loss will go down in history.