2016 Volleyball Season Comes to a Close 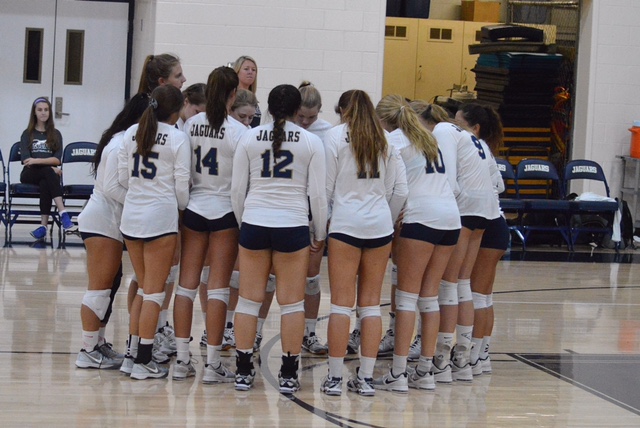 The AHN volleyball team ended their season on October 25, 2016 with a loss in the regional quarterfinals against Bishop Verot after a solid postseason run. The Jaguars entered the postseason with a 15-5 record and they were the third seed in their district. In their first playoff game, they easily defeated Brooks DeBartolo three sets to none.

Their next game, a district semi-final matchup, was much tougher. They faced second-seeded Clearwater Central Catholic, a team they lost to in the regular season. The Jaguars were up to the challenge as they won three sets to one.

Senior Megan Przedpelski states, “It was an amazing feeling to beat CCC because we got the feeling of redemption from our previous loss to them.”

In the district finals, which was played at Cardinal Mooney along with the semi-final game, AHN played district foe Berkeley Preparatory School. Berkeley is commonly regarded as one of the top teams in the entire state. AHN was very excited for the challenge and used their passion to help them win the first set. However, Berkeley won the next three hard-fought sets, therefore winning the district championship.

On October 25, the Jaguars traveled over two hours to face Bishop Verot in the regional quarterfinals. AHN was outmatched as they lost in three straight sets, bringing about the end to a very successful season.

Senior Ashley Lambert comments, “My team made rough practices bearable and we were always laughing when we were on or off the court. They are what I am going to miss the most now because I will not be able to hang out with them everyday after school.”

Now that the season is over, many team members will play club volleyball in order to keep their skills intact. The new team will reassemble in August.