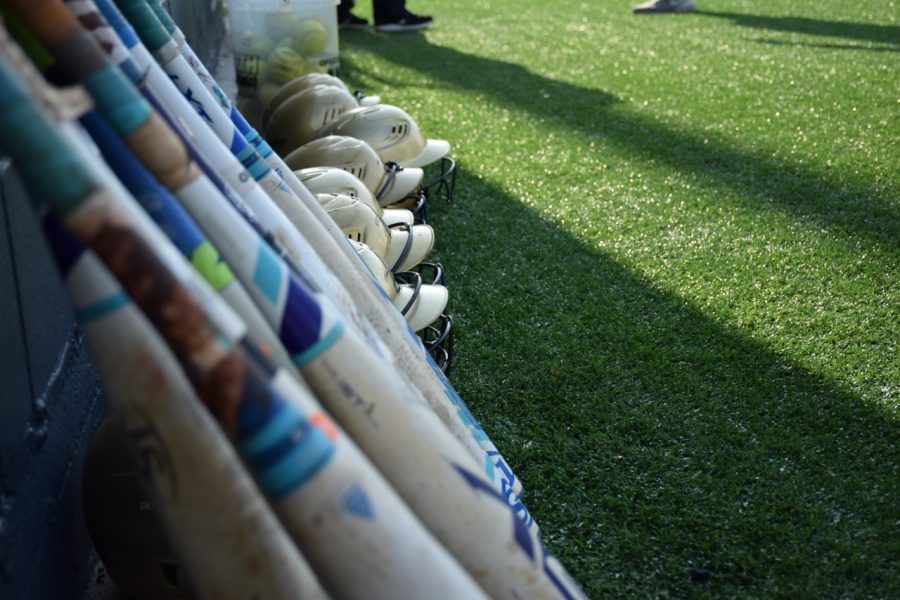 The softball team has won districts for a consecutive two years.

On April 4, the Academy softball team celebrated their Senior night with a game against Berkeley. The coaching staff helped the team with their warm-up with ground balls, pop-flies, and other drills before the game. Then, new head coach Kevin Vargas prepared the underclassmen to read their speeches and announcements ahead of time.

The families and players were lined up in order of years played on the team starting on the pitcher’s mound out to second base. The seniors were honored with kind words from other team members and flowers.

Miniet, a Saint Leo commit, says, “My mother and father walked me down to home plate, and Alexis Alvarez read a touching speech for me, which made us both very emotional. Overall, it was a great night.”

Kaia Floyd, an outfielder for the Jaguars, had an extra treat with a surprise from her father before the ceremony.

Floyd says, “I had no clue he was coming. It made my night; I was so happy and surprised. I could not have asked for a better night.”

After the celebration, the seniors took the field with focused minds to add another win to their season.

The Jaguars defeated the Buccaneers 8-3, which puts them as the number one seed in the district going into the district tournament. Weachter held the team high with great pitching, and both Morrell and Chloe Boos hit home runs to tally up the score.

Currently the team has a season record of 10-6. This weekend they will be heading down to another tournament in Naples to get more experience in before districts begin.

Weachter, a pitcher for the Jaguars, says, “My best memory so far is going to the Naples tournament because we go every year and we get a chance to bond with our teammates.”

The team hopes to advance far into districts and finish the season strong with only around a month left.