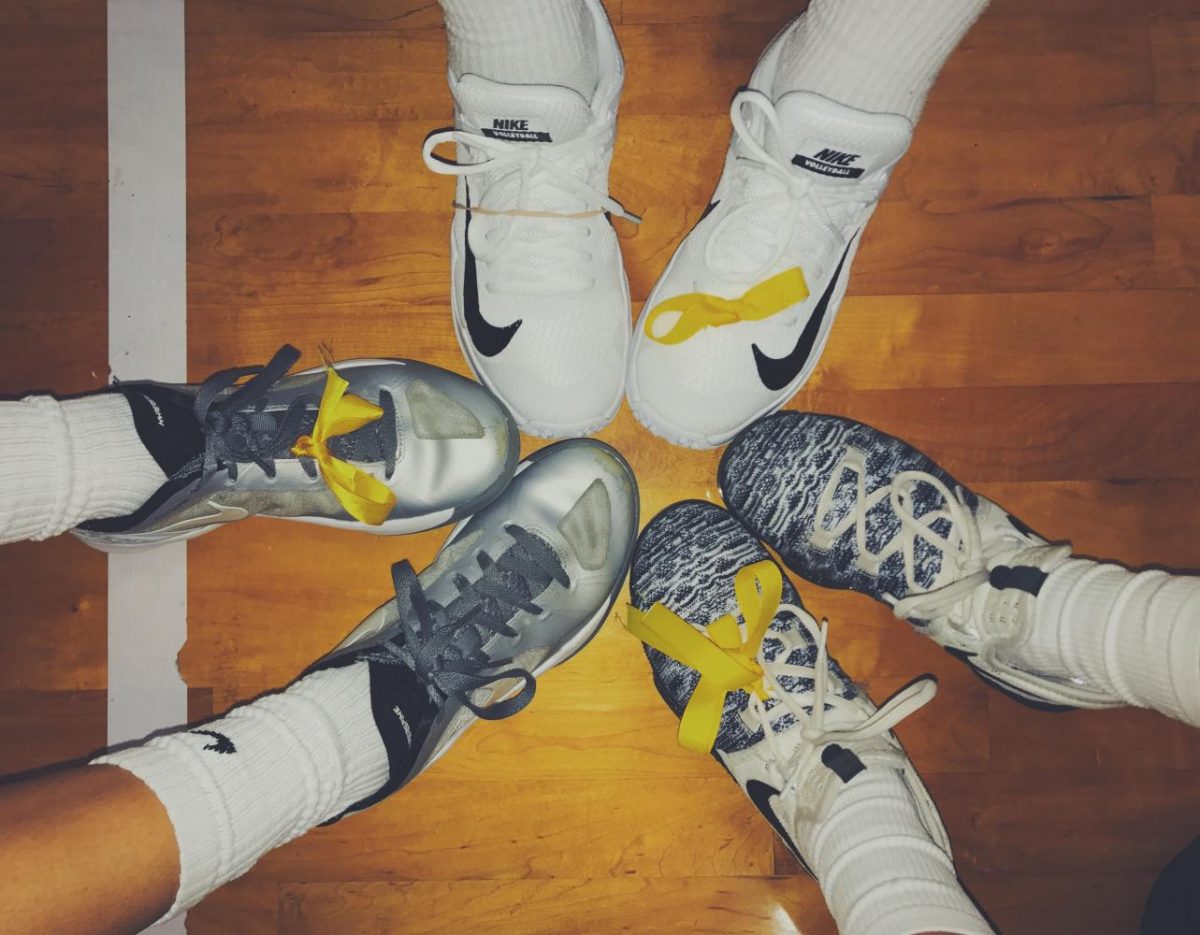 All players wore yellow ribbons on their shoes or in their hair in order to show their support for childhood cancer and Cannella.

On Tuesday, Sept. 26, 2017, the Academy varsity volleyball team traveled to Tampa Catholic to play their rival, at 7:00 p.m. The game was televised on Spectrum Sports channel 1147. The theme of the event was “Gold Out” in honor of childhood cancer awareness, and in memory of AHN student, Cailin Cannella.

The student section was full of high spirited Jags who were on their feet cheering loudly for their classmates. All the girls who came to represent Academy wore yellow, the color that represent childhood cancer awareness.

Erica Dierks (’18) who is co-president of Academy’s spirit club, Golden Girls, said, “When we started discussing how the volleyball game was also a fundraiser for childhood cancer, we decided to do a yellow and gold theme for it. We contacted Tampa Catholic to make sure they were not doing a yellow out as well and then begin advertising the game and the theme. We put up flyers around school and had Jag Nation post about it on Twitter.”

Along with all the student supporters, the players promoted the cause by wearing yellow ribbons in memory of Cannella.

The two teams nearly tied each other many times during the game. AHN lost the first set 23 to 25, but won the last three sets. Captain Katherine Pickard (‘18) won player of the game due to her hard work and effort.

Tonight, @holynamestpa gets the victory over @tampacatholic winning the match in 4 sets.

Pickard said, “Throughout the game I was thinking that it was going to be close because we have been close with them in past years, so we were all a little nervous. Winning player of the game was something great to hear, but I think it was definitely a team effort. I have been working hard in practice so I’m glad it paid off.”