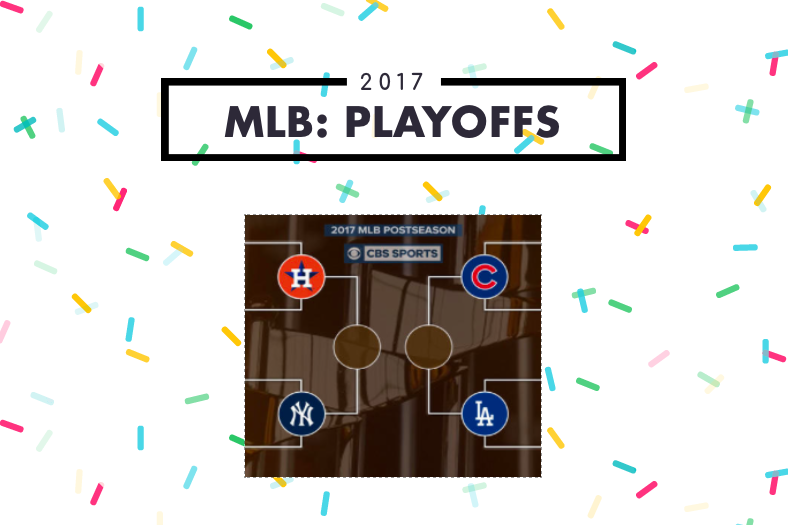 The two teams advancing to the 2017 World Series are the Houston Astros and the LA Dodgers. Photo Credit: Emily Anderson/AchonaOnline

Ten teams make the playoffs—five each in the American and National Leagues.

According the the official Major League Baseball website, the playoffs for each league consist of a one-game playoff between two wild-card teams, two best-of-five Division Series playoffs featuring the wild card winner and the division winner, and finally the best-of-seven League Championship Series.

The second round of the playoffs  (Championship Series) are played with home field advantage meaning four home games (two games at one venue, three at the other, then two more at the first venue if necessary).

The remaining four teams were the Chicago Cubs and the Los Angeles Dodgers (American League) and the New York Yankees and the Houston Astros (National League.)

“I’m rooting for the Houston Astros because I love Texas. My favorite player is Lance McCullers Jr. #43 because he went to Jesuit [Tampa] and is good looking,” Sophia Tremonti (‘18) said.

The Houston Astros finished 4 –3 games over the Yankees.

The Chicago Cubs made a comeback Wednesday night. However, the Dodgers still won 4 –1 games over the Cubs.

We’re down to two.

Who will be the one? #WorldSeries pic.twitter.com/x2GA5SIGa4

“I want the Yankees to win the World Series. They have their spring season here so I have grown up going to their games,” Danielle Duarte (‘19) said.

Here is the schedule for the 2017 World Series the next two weeks: 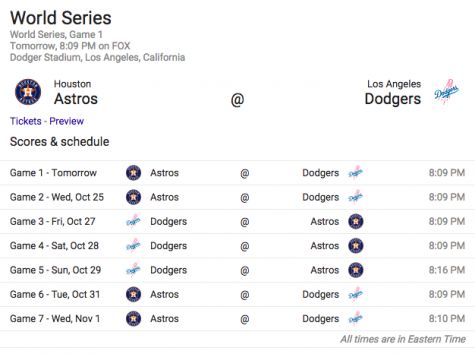