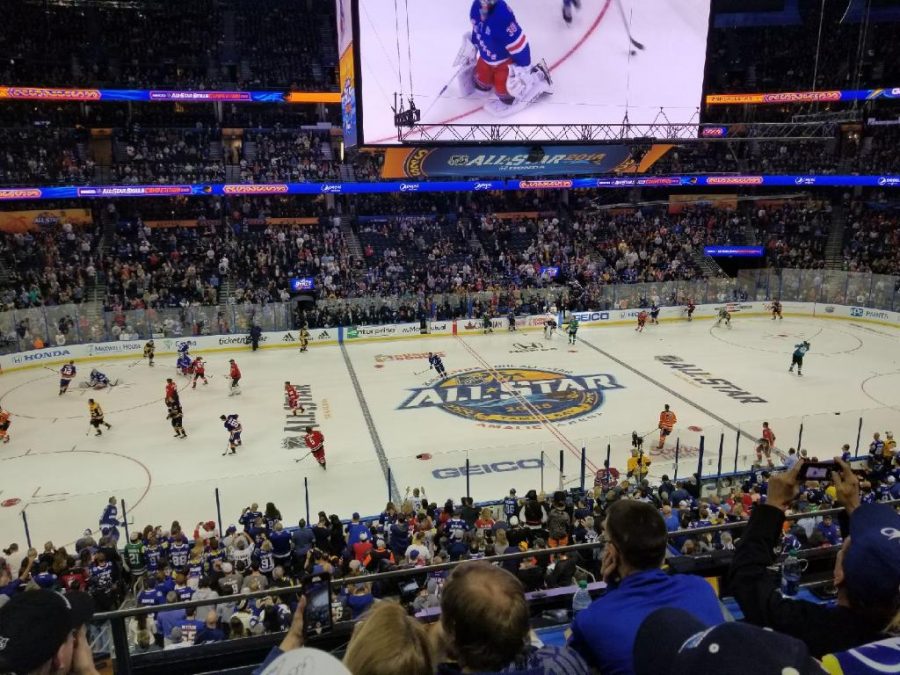 This is the first time Tampa Bay has hosted the All-Star game since 1999. (Photo Credit: Caitlin Weaver/ Achona Online)

This year, Tampa was chosen to host the 2018 NHL All-Star Game. The NHL All Star Game is a tournament held annually consisting of the most elite players from each NHL team. The players make up four teams with one from each division: Atlantic, Pacific, Metropolitan, and Central.

Four players from the Tampa Bay Lightning participated in the NHL All-Star Weekend including Andrei Vasilevsky,  Steven Stamkos, and Nikita Kucherov and Brayden Point. The Lightning Head Coach, Jon Cooper, was selected as the Atlantic Division Coach for the tournament.

What a #NHLAllStar Weekend! There was fun for @NHL fans of all ages! Thank you to @TBLightning, @SportsTampaBay & everyone that made this such a special weekend in Tampa!
More pics: https://t.co/kvTcQppJjY pic.twitter.com/5UjZMJrJIn

Both the skills competition and All-Star game were held in Amalie Arena in downtown Tampa. The All-Star Skills competition was held on Saturday, Jan. 27th at 7pm. Festivities lasted all weekend around the area at the fan fest which included free fan activities for both kids and adults.