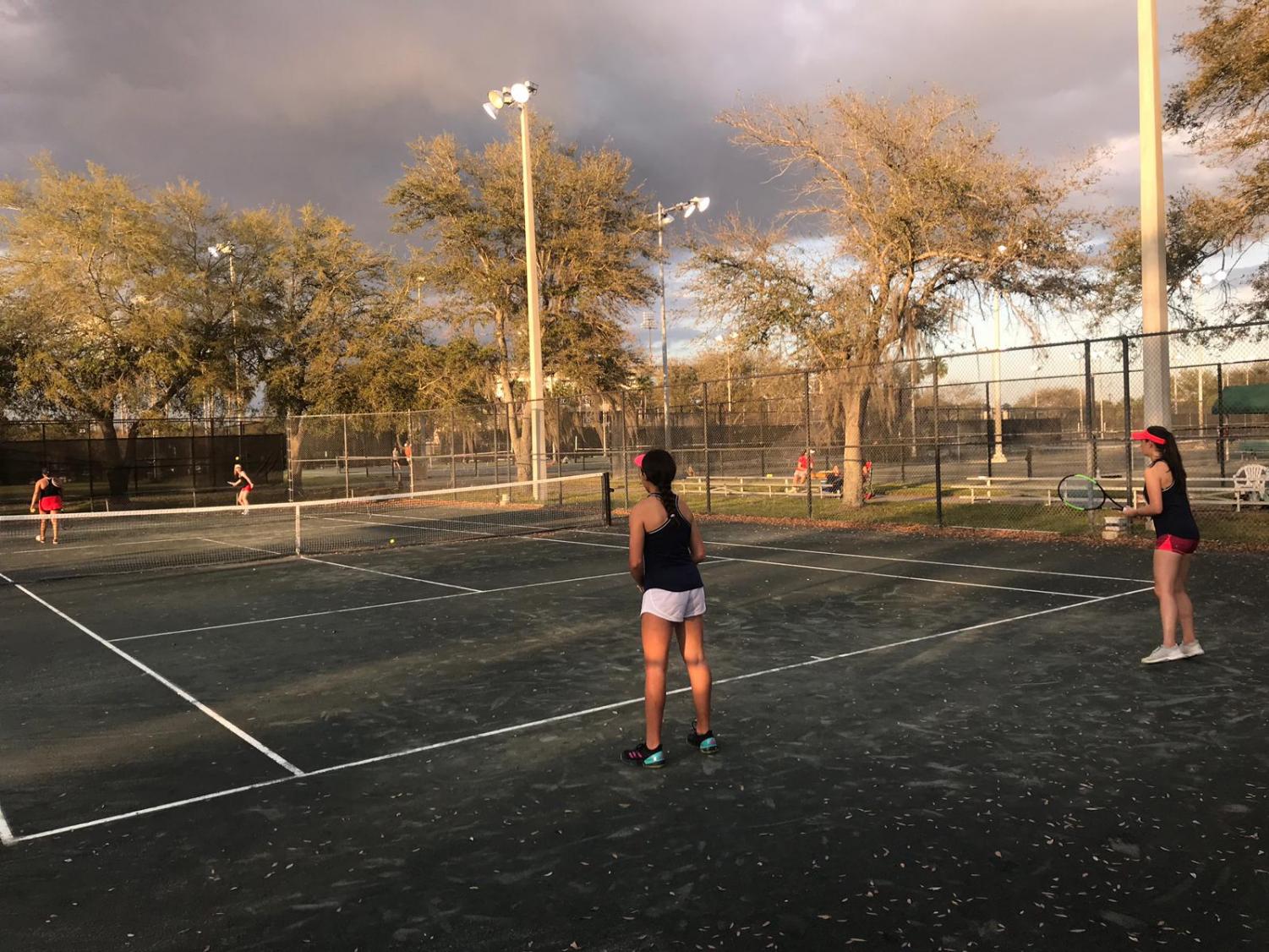 AHN has played against CDS once before in the season on February 14 at Northdale in which AHN won 5-2. ((Photo Credit: Robert James/Used with Permission))

AHN has played against CDS once before in the season on February 14 at Northdale in which AHN won 5-2.

On Friday, February 22, the AHN Tennis Team had a match against Carrollwood Day School (CDS). The match was at Hillsborough Community College (HCC).

Although Harris did not play this match, she said, “I love attending the matches. It means a lot to me to watch my team play and cheer them on. I feel like we are one big family. Everyone is so supportive and helpful. I have high hopes for us that we will make it to states this year. Every player is fantastic and I believe we will be successful.”

This was the fourth match of the season. AHN has played against McKeel Academy Central, CDS, Tampa Preparatory School, and CDS for the second time. AHN is on a winning streak, therefore, being undefeated.

James-Rodil played the number one singles spot, Pearson as two, Bruty as three, and Odmark as four.

Each match is played to eight games (eight game pro-set), contrary to the regular six-game set.

Odmark said, “I was very proud of myself for my win against CDS. This was my first singles match on the high school team, so I am glad that I was able to get a win. I won 8-1 and found that I played very well. I was a bit more aggressive than usual, I think, but I felt comfortable taking that risk because my doubles match the week before was against the same team and we had won 8-2. I look forward to playing different people throughout the course of the season and hopefully improving overall. I also look forward to bonding with the team because all of the girls are awesome and so nice.”

James-Rodil/Pearson were the number one doubles team. Unfortunately, they lost 6-2. This doubles match was played to six games as CDS players could not play to eight.

However, Duarte/Rodriguez were the number two doubles team, and they won 8-1.

The regular team player rankings are as follows:

Pearson said, “At Friday’s match I won 8-2 playing the number two spot [singles]. I thought we all did great as a team and I am excited for the matches to come. For Tuesday’s match I am working on just calming my nerves and getting not only physically ready, but mentally [ready] as well.”