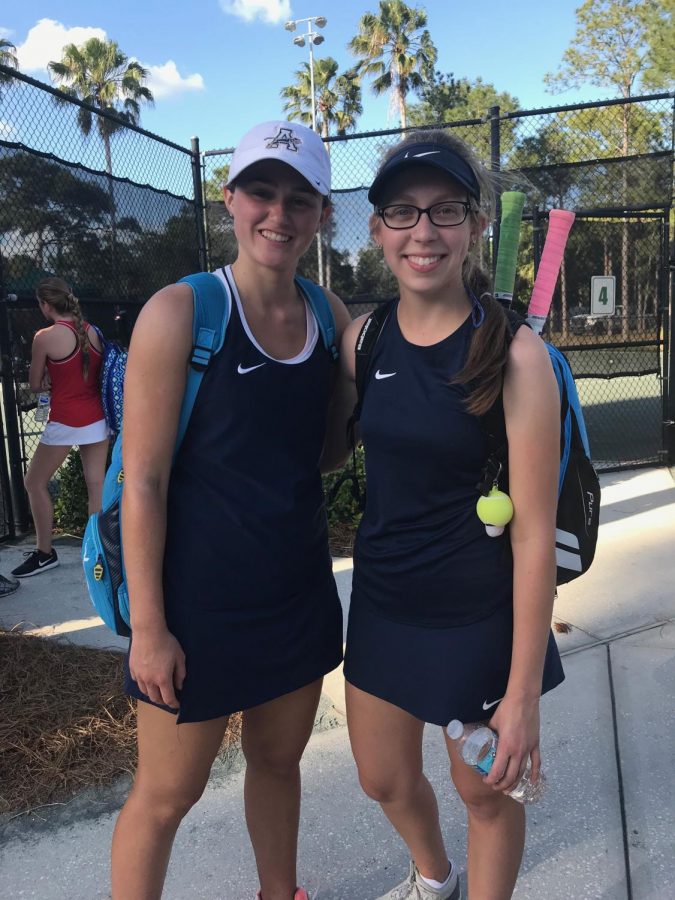 This will be Lauren Harris’s (’19) last season playing on the AHN tennis team.

“The match today went well. We all played hard, bonded as a team, and earned an awesome win,” says Bruty (‘21).

“We played an amazing match today. Everyone did great and were full of energy. We had fun doing what we love,” says Harris.

“I think that we performed very well today. I wasn’t sure what to expect, seeing as I heard mixed feelings about last year’s match, so I am very proud of us for our win,” says Odmark.