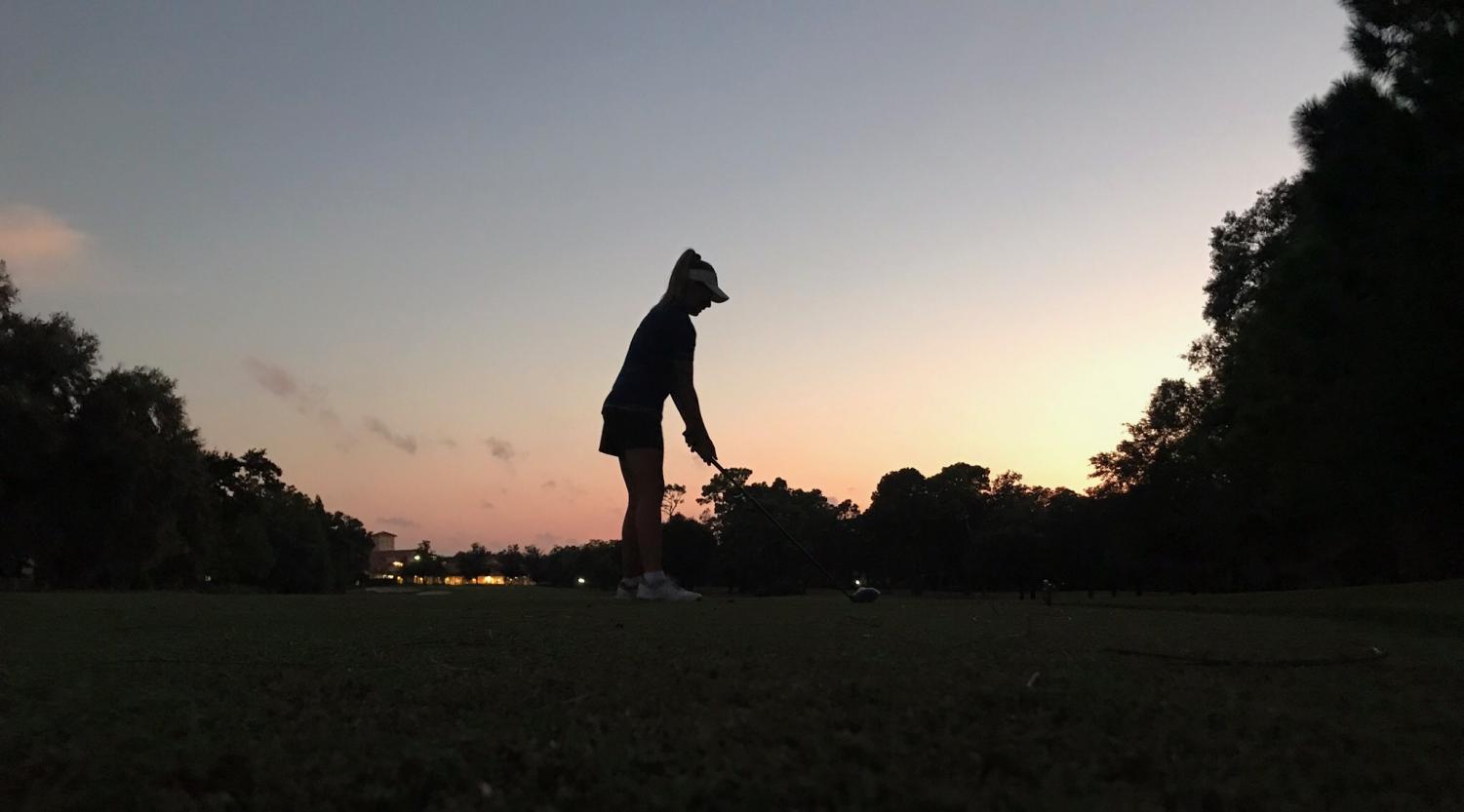 There are more than 1,700 women in the LPGA in the United States. (Photo Credit: Haley Angel (used with permission) )

There are more than 1,700 women in the LPGA in the United States.

Seniors Georgia Ruffolo, Riley Schindler, Kasey Brennan and Haley Angel began their last Academy golf season in late August. Ruffolo and Angel have been on the golf team since middle school. Brennan has been on the team since her freshman year and Schindler joined in her sophomore year. Even though they joined the team at different times, the seniors have grown very close and they are sad that this is the last year that they will be playing for Academy.

Ruffolo has been playing golf ever since she was a little girl and Angel started in middle school.  Brennan started playing golf in eight grade after she went on a trip with Angel and Ruffolo. Rufflo and Angel went out to play a round of golf. While they were out, Brennan took a golf lesson and ended up loving it.

“Prior to this trip, I had never touched a golf ball. After this trip, I could not get enough of golf and it became something I really enjoyed doing,” Brennan said.

Being one of the smaller sports teams, the team of ten shares many significant memories beyond competitions. One of their favorite memories was traveling to Naples to help with a professional golf tournament.

Ruffolo is going to miss all the bonds she has created the most, especially with her coach, Coach Chris Kumka. Ruffolo was the only one to make it to states last year. From this trip comes her favorite memory of going to dinner with her mom and Kumka after the state tournament.

“[We] stayed in the restaurant for hours talking about literally everything. Kumka and I have become extremely close and we share a close bond. I am really going to miss the bond that I have with him in college,” Ruffolo said.

Schindler’s favorite memory is from her first year on the team. She was extremely nervous for his first match in a new city and she did not know a lot of people. Macie McConnie (A’18) and Ruffolo made Schindler feel right at home and helped ease some of her nerves.

“[We] were driving to my first ever match and I was extremely nervous. The whole way there, McConnie played Spanish rap music. Ruffolo and I have never laughed so hard. We had such a great ride and it made me more calm for my first match and eased some of the nerves. This small experience allowed me to feel more comfortable in my match and focus on every shot. The relationships I made on the team helped me to acclimate to a new city. We are a small, tight knit team, that supports and challenges each other,” Schindler said.

Angel’s favorite memory happened on her first year on team. She was only in seventh grade and was extremely nervous for her first match. She was struggling on a hole, and a senior at the time, Bailey Boesch (‘A15), helped her and made her feel more confident.

Angel said, “From that experience I now help the newer and younger teammates when they are struggling. This team has been major part of my life, this is my sixth season playing for AHN. All the members, especially Coach Kumka, have become my second family. We have all grown super close and have a bond that cannot be broken.”

So far, the golf team has won all three of their matches, and their overall goal for this year is for the entire team to make it to the state tournament.

“This year, we have an extremely strong team and a very good chance of making it to the state tournament this year all together. In the past, I was the only one to go and it was rough not to have your whole team there. If we make it, it would be a fun way to end the season,” Ruffolo said.

This season is very sentimental for the seniors because it is their last year playing golf all together as a team. Although they are excited for the future, they are all sad to be splitting up for college, but are making this year a year to remember.

Brennan said, “I have grown extremely close to the other seniors on the golf team and I am sad to be leaving them next year. Playing golf in college will not be the same without them.”