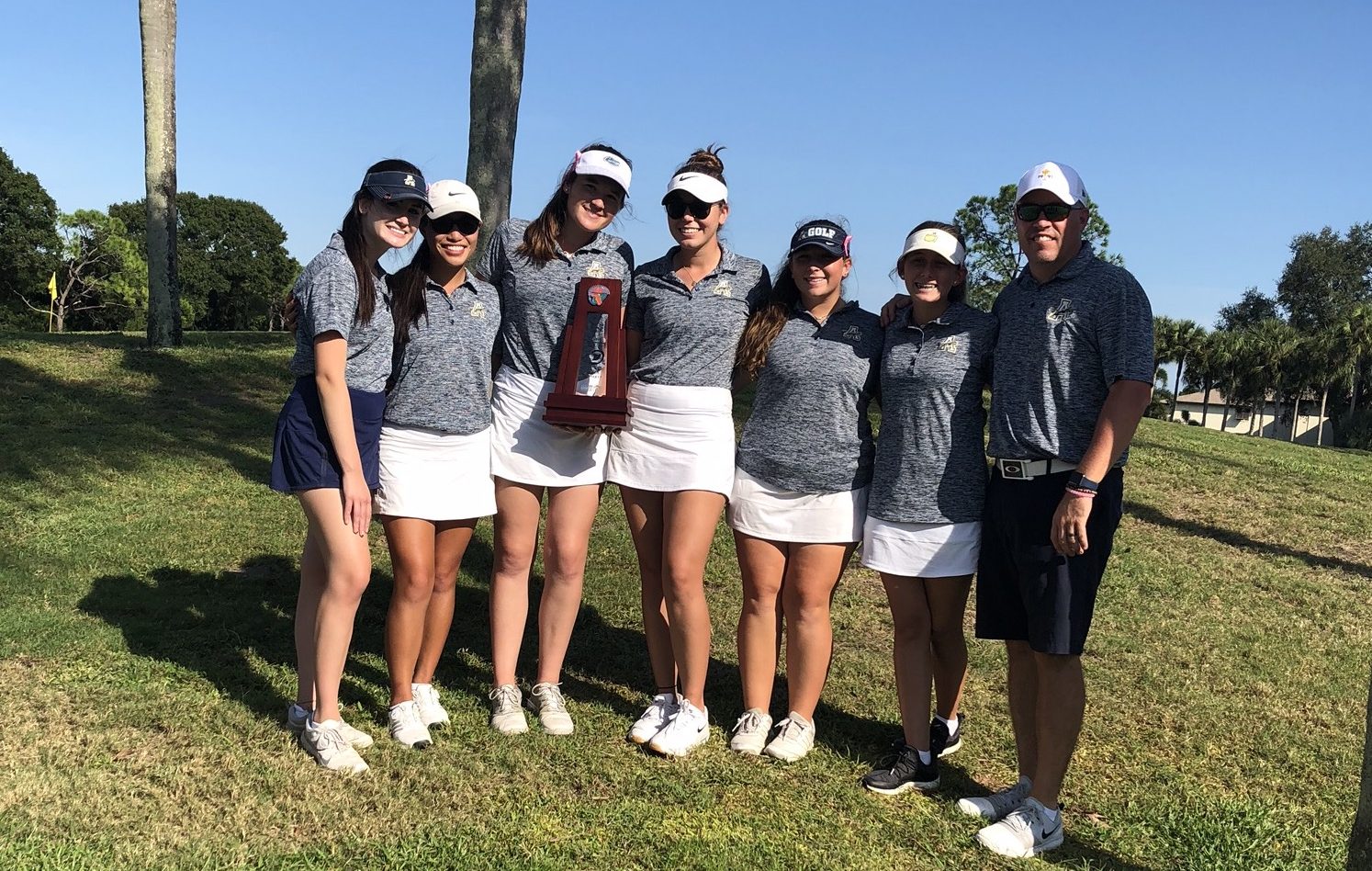 Photo Credits: Achona Online/ Kasey Brennan The Ladies Professional Golf Association or LPGA was formed in 1950, with Louise Suggs, Babe Didrickson-Zaharias and Patty Berg – all stars of the LPGA doing their part to put women’s golf on the map.

Photo Credits: Achona Online/ Kasey Brennan The Ladies Professional Golf Association or LPGA was formed in 1950, with Louise Suggs, Babe Didrickson-Zaharias and Patty Berg – all stars of the LPGA doing their part to put women’s golf on the map.

Academy’s golf team played at the regionals tournament on Wednesday, Oct. 23, at Meadows golf course in Sarasota. The team left on Tuesday to stay in Sarasota the night before. They played against many teams at the tournament, however, some of their top competitors are Tampa Prep and Berkeley.

This season, Academy has tied three matches and has only lost one. All other matches were consecutive wins for the golf team.

“It was very exciting because we have never won as a team. It helped us feel more comfortable about going into regionals because we had a title under our belt,” said Riley Schindler (‘20). 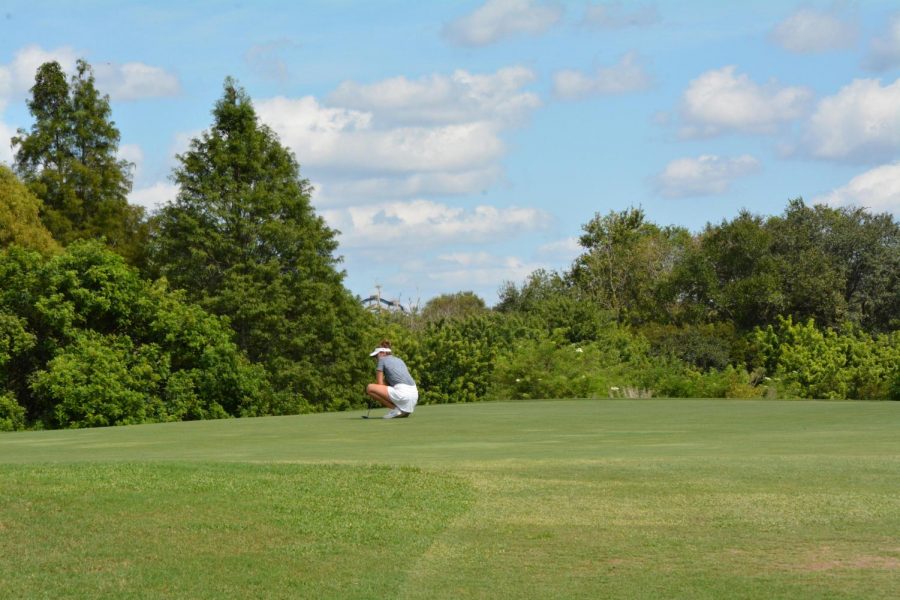 Senior Georgia Ruffolo placed first with a score of 73. Senior Haley Angel scored a personal low of 79, putting her at 6th place.

“Winning the district tournament made me feel more confident going into regionals. It gave me confidence winning first place and it solidifies my last year,” said Ruffolo.

Ruffolo scored two below par, and Newton had two birdies in the tournament, a personal low for her.

“I feel happy that all my hard work has paid off and that I am getting playing time. I don’t think it’s hit me yet that I am a freshman playing with juniors and seniors, but I am just excited to go play and put my best foot forward,” said Riley Newton (‘23).

The team was nervous as they anxiously watched the scores be put up on the boards. 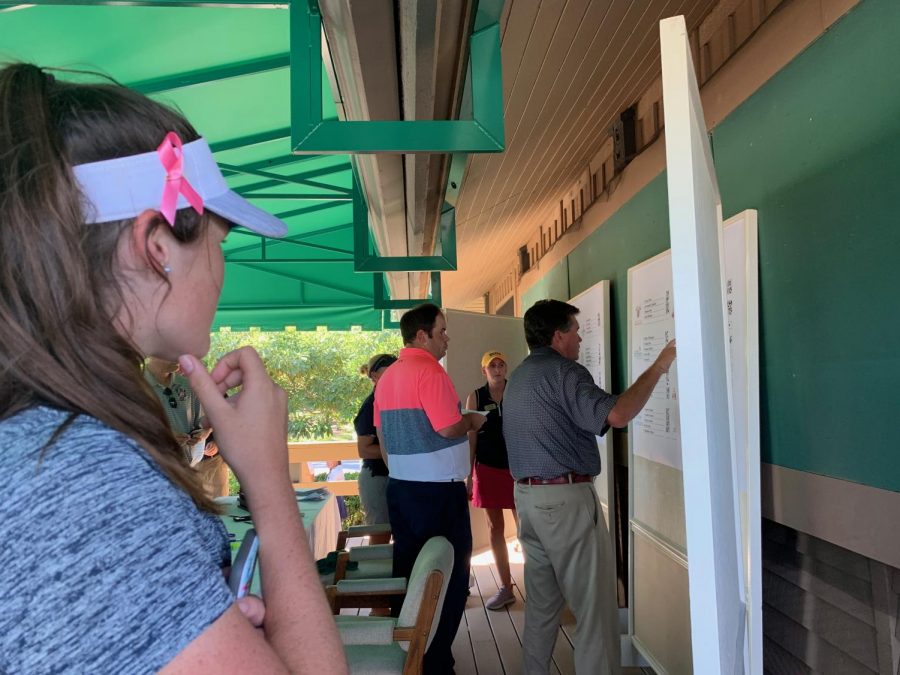 Gallery|2 Photos
Photo Credits: Achona Online/ Kasey Brennan. Players tell officials their scores at the end of the tournament, which are then put up on a board.

“I am super drained from the match, but anxious to hear if we will be going on to states or not,” said Mele.

Bishop Verot placed first, Academy placed second, and Tampa Prep placed third. The team will be moving on to states.

Our Jaguar golf team earned the title of 1A-Region 3 runners-up and the team will automatically advance to next week’s FHSAA 1A Tournament. Kudos to senior Georgia R. on earning the title of individual region champion! GO JAGS!! ⁦@holynamestpa⁩ ⁦⁦@TBHomeTeam⁩ pic.twitter.com/kasq1jNLRP

In previous years, Ruffolo has gone to states as an individual, but the last time that Academy qualified for states as a team was in 2013.

“I am very excited that all of our hard work has paid off and that we get to go as a team. I am expecting states to be a little bit intimidating but I am happy to be playing with the team once again,” said Newton.

“I am expecting states to be overwhelming, but I am excited to experience such a remarkable event,” said Mele.