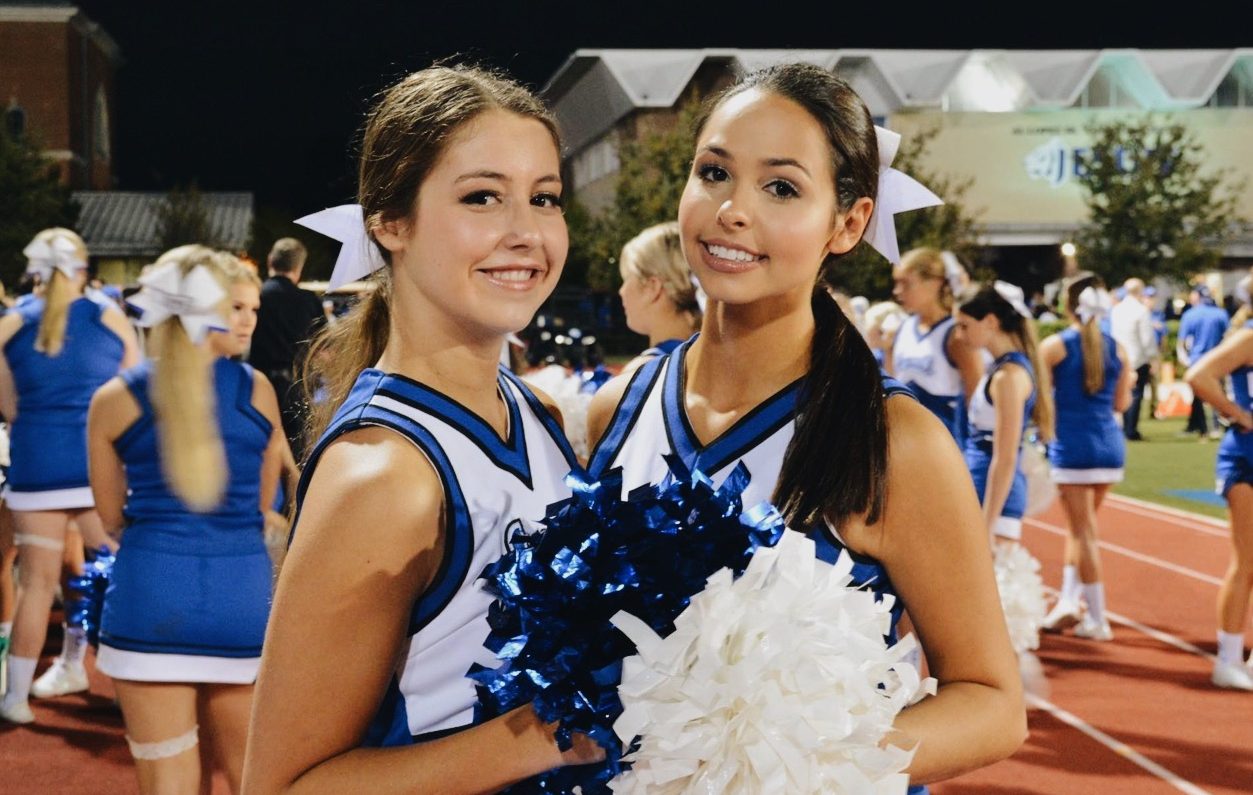 Lee (left) and Bissett (right) have both been members of the cheer team for four years. (Photo Credit: Isabella Mocsari (used with permission))

Lee (left) and Bissett (right) have both been members of the cheer team for four years.

On Friday, November 1, the AHN seniors who cheer for Jesuit High School were recognized at Senior Night. With the squad consisting of 15 seniors, there was a lot of celebrating to do. Many of the seniors had been on the cheer squad since freshman year, so they were feeling a bit sad that their last football season was coming to an end.

“Since it’s my last year being on the cheer team, I am pretty sad about the football season ending. I’ve made so many great memories and friends through cheer, which I will cherish forever,” said Madeleine Testaverde (‘20).

Grace Anthony is the President of the Make a Wish Club, a member of the National Beta Club and Best Buddies. She has been a Jesuit Cheerleader for four years. She is a part of the National Honors Societies for Social Studies and English. She plans to attend Florida State University.

Alinna Aspiro is a Captain of the Varsity Cheer team, the President of Best Buddies, and a member of several Honors Societies here at AHN. She has been on the Jesuit Cheer team since freshman year. She plans to major in Pediatric Oncology.

Madison Bissett has been a Jesuit Cheerleader for four years. She is a member of the National Beta Club, Make a Wish Club, and the Creative Careers Club. She is attending the University of Tampa with plans to major in Advertising.

Ella Castellano is on Student Council, apart of the National Beta Club, and a Eucharistic Minister. She is involved in AHN Lacrosse and is a co-captain of the Jesuit Cheer team.

Emma Crall is in National Honor Society, National Beta Club, Key Club, Best Buddies, and is the Vice President of the Team Hope Club at AHN. She would like to major in health science or pre-physical therapy in college.

Angelina Gonzalez has been on the Varsity Cheer Team for two years and was a Junior Varsity member for one year. She’s planning on majoring in business.

Caylie Hubbert has been on the Varsity Cheer Team for four years. She is is a Varsity Cheer Captain, a member of the National Beta Club, English Honor Society, Make-a-Wish Club, Best Buddies, and is a student ambassador.

Hope Joffray has been a Jesuit cheerleader for four years. She is the Vice President of Key Club, apart of the Environmental Club, on the Dance for  Chance Committee, and is involved in the Jesuit Theater Program. She plans to attend college for Nursing.

Lauren Jones is one of the Leukemia and Lymphoma Society Students of the Year, captain of the Lacrosse team, participates in both the AHN and Jesuit Theater Programs, a research assistant with the integrated mathematical oncology team at Moffitt Cancer Center. She plans to major in biomedical or environmental engineering.

Isabella Lee is a member of the National Beta Club, National English Honors Society, Best Buddies, and has been a Jesuit cheerleader for four years. She plans to major in Speech Pathology.

Olivia Perez has been a Jesuit cheerleader for four years. She is a member of the National Beta Club, an AHN Ambassador, Treasurer of Key Club, the manager of the Lacrosse team, and one of the captains of the Varsity Cheer Squad. She plans to major in Nursing.

Madeleine Testaverde has been a Jesuit cheerleader for four years. She participates in Best Buddies, Make a Wish Club, and Key Club. She plans to attend Florida Atlantic University.

Anna Warnke is the President of Key Club, a member of the Ryan Nece Foundation, on the Dance for a Chance Committee, and a member of the National Honors Society. She is currently up for the Jefferson Scholarship at the University of Virginia and the Wells Scholarship Program at Indiana University.

Olivia Williams is a member of Best Buddies, Medical Explorers, and Key Club. She has played Varsity Lacrosse since seventh grade and has been apart of the swim team and Cross country team. 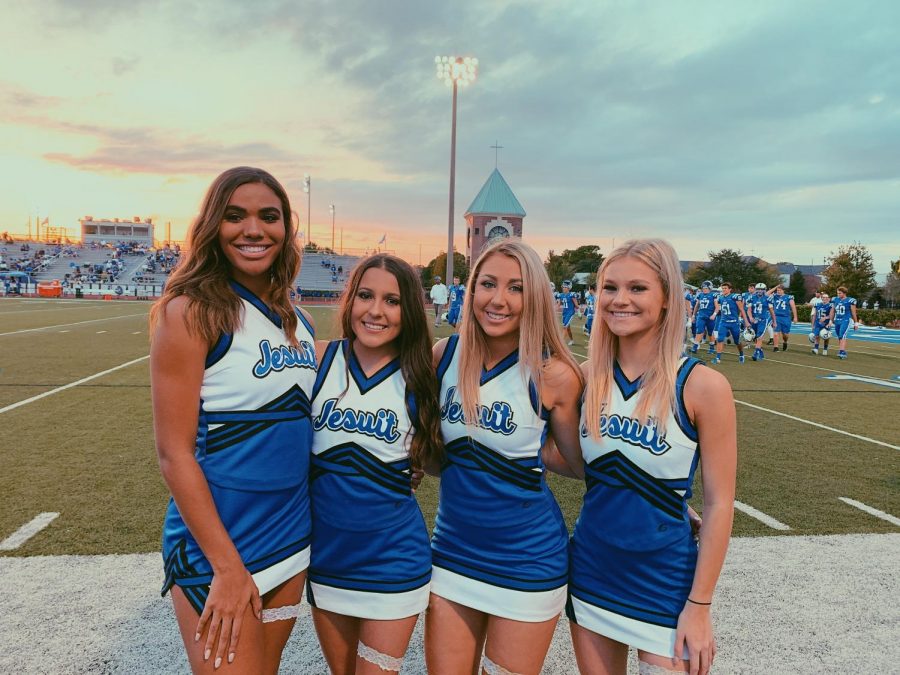 Gallery|4 Photos
Photo Credit: Jackie Aspiro (used with permission)
(from left) Hubbert, Aspiro, Anthony, and Castellano before they walked to be recognized for Senior Night.
Leave a Comment