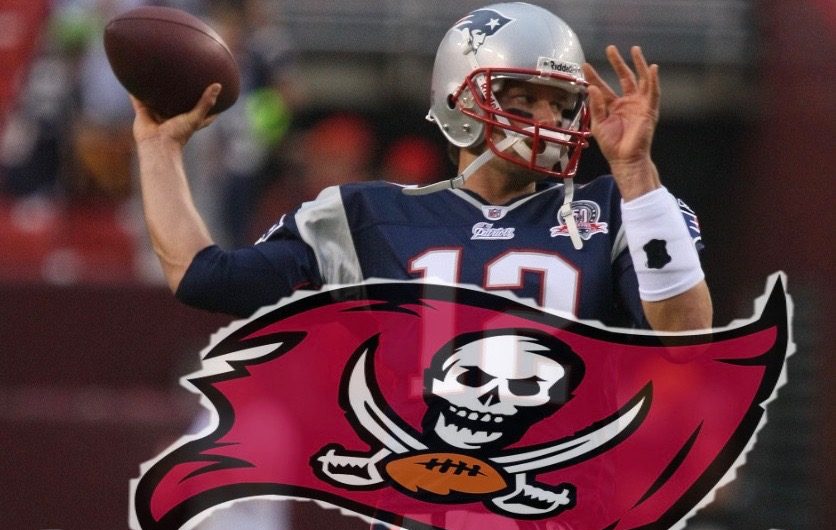 Photo Credit: Wikimedia/Used with permission “Hopefully Brady will take the Bucs to the Super Bowl like he has for the Patriots. It would be so cool to have the Super Bowl here in Tampa and have the Bucs be playing at home,” said senior Peyton Finn. (celcast6)

Photo Credit: Wikimedia/Used with permission “Hopefully Brady will take the Bucs to the Super Bowl like he has for the Patriots. It would be so cool to have the Super Bowl here in Tampa and have the Bucs be playing at home,” said senior Peyton Finn.

Tom Brady Has Signed to Play for the Tampa Bay Buccaneers

According to ESPN, it is a two year deal that is worth $50 million and another $9 million in incentives. Recently, Brady, now 42, has been stating how he wants to keep playing until he is 45. The last offseason, he and the Patriots could not come to an agreement on a contract extension which allowed Brady to explore other options; something the Bucs hopped on very quickly.

“My family are big Bucs fans, we get season tickets every year and going to the games is our dad’s favorite thing to do. My dad is very happy Tom Brady was drafted to the Bucs because now those season tickets will hopefully be put to good use,” said senior Olivia Williams.

The Buccaneers have had only two winning seasons in the past decade along with finishing last in the NFC South for the past 10 years. In contrast, Brady has five times as many playoff wins, six times as many Super Bowl wins and seven times as many 30-touchdown seasons as all the quarterbacks in Buccaneers history.

Knowing these statistics, many NFL watchers are surprised that Brady would end up in Tampa. His reasoning though, makes things more clear. Other than the inability of the Patriots to make an agreeable contract, the Bradys would like to be on the East Coast, near family. Additionally, in Brady’s eyes, the Bucs have a lot to offer, financially and on the field.

Bucs fans are also surprised, but not complaining to be getting the Super Bowl champion. In contrast to the confusion surrounding Brady’s landing in Tampa Bay, the Bucs reasoning is quite clear. Signing the best quarterback of all time gives the Bucs franchise instant relevance. With Brady, the Bucs will be more interesting to watch than they’ve been in their slump of the past two decades.

Senior Reagan Finch does not seem as happy about Brady’s move to Tampa though, saying “I find it funny that Brady’s been with the Pat’s since before I was born, and now that I’m moving up to Boston for college he’s coming down here, it’s kind of ironic.”

The Bucs have already felt an impact from Brady’s arrival. Fans have reported queues of almost 7,000 people in front of them waiting to purchase season tickets to watch Brady play at Raymond James. The landing of Brady as a quarterback gives Bucs fans hope for another possible Super Bowl in the upcoming seasons.