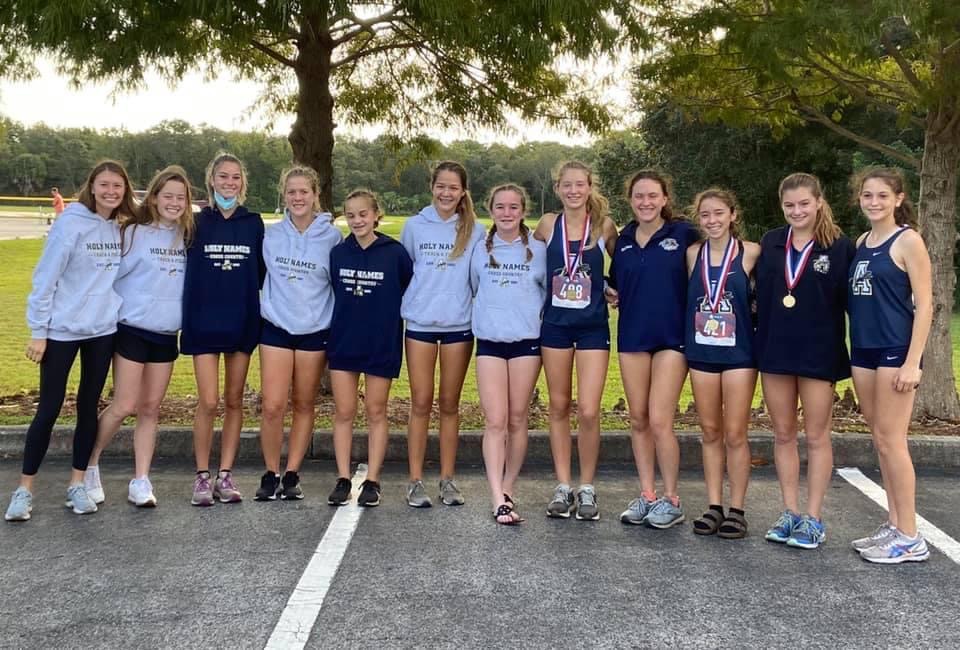 Seniors Maddie MacDiarmid and Maddie Rodriguez, pictured with their teammates, placed in the top ten.

Camille McClendon (‘23) said, “During this season, we’ve had our ups and downs, but most importantly we got much closer. I think the bond that we share helps how we play on the court, and because of that we are two time winning district and regional champions. Our team is mostly young, and filled with sophomores. I’m excited to see what the future holds for our team.”

Our 4A-District 7 champions! Congrats to our girls and coaches on their 3 set sweep this evening over Tarpon Springs. Let’s keep this thing rolling- GO JAGS!! @holynamestpa @Biggamebobby @HSSportsFL pic.twitter.com/FZeYRqUjEa

After winning the Tampa Swim Classic, swim and dive competed in districts on Oct. 31, where they won all three relays, four out of nine individual events, and every simmer and two divers qualified for regionals. Some swimmers who placed include Sara O’Connor (‘23) placed 2nd in the 100 and 100 freestyle, Katherine Petitt (‘23) and Ashlin Cannella (‘24) both placed in the 100 fly, Cassidy Neely (‘21) won first place in the 500 freestyle, Ava Zaritsky (‘21) won first place in the 500 freestyle, and the 400 freestyle relay team won 1st place.

“We had districts on Halloween, where we competed against around seven schools for the district championship. We won 347 points ahead of the second place school, making this our 13th consecutive [district] win. Although it was really cold the morning of, all of our swimmers swam really well to give us the win,” said Sara O’Connor (‘23).

Swim and dive will be going to regionals on Nov. 7 in St. Petersburg, and are hoping to make it to the state on Nov. 14, both of which can be viewed through a livestream on the AHN website. 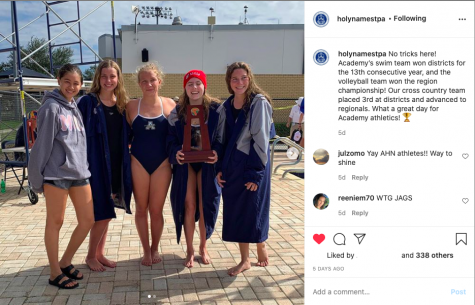 “We have had a strong season so far- although things have been different because of COVID. We ran in 4 regular season meets and last weekend we competed at Districts at Clearwater Central Catholic. We came in third behind Calvary Christian, 1st, and Berkeley Prep, 2nd,” said History Teacher and Cross Country Coach Stacy Filocco.

As the teams advance further, their Academy sisters will be cheering them on and hoping they continue their great seasons.