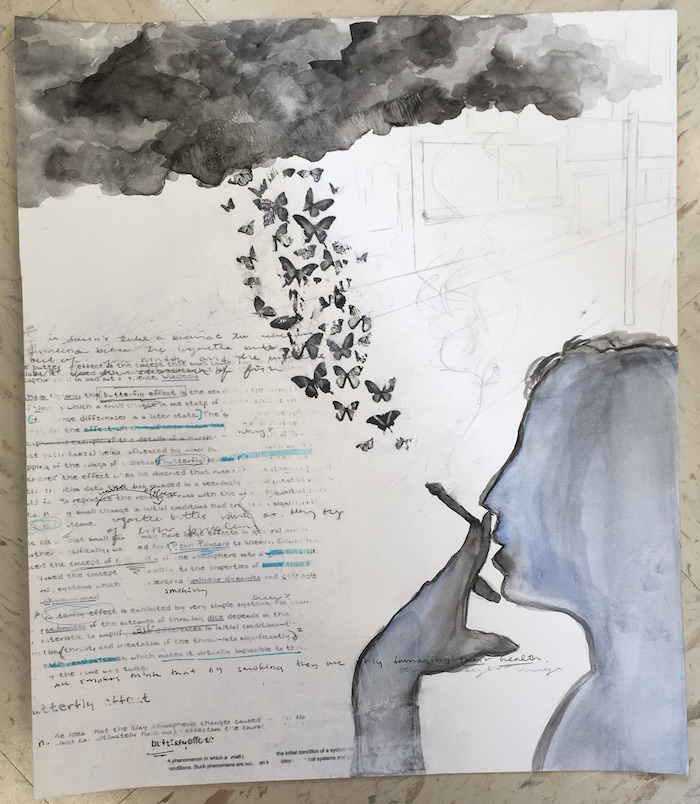 Cartaya applied her issue of smoking to the Butterfly Effect, which is the concept that a small cause can create large effects, and incorporated it into her piece.

This year the AP Studio class combined with WE Service for their art pieces and the theme for the year is environmental awareness. Because of this, the ten girls in AP Studio chose an environmental issue they felt was relevant and needed to have light shed on. Each girl has a different issue that they are showing in a unique way in their piece.

This project is helping to educate not only the AP Studio girls on different environmental issues but also girls around the school.

Sophomore Grace Buckhorn explains, “seeing these projects and the environmental issues they are about made me more aware of the different things going on in the world around me that I did not know were happening before.”

If you want to see all of  AP Studio’s projects, not just this one, go to the Art Fest on April 27 and April 28!