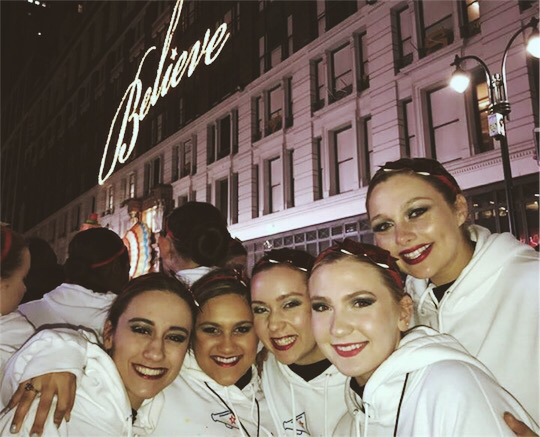 Over Thanksgiving break, the five senior Jaguarettes, Abby Rodriguez (‘18), Sam Cano (‘18), Sam Garateix (‘18), Audrey Diaz (‘18), and Gracie Wipfli (‘18), performed in the Macy’s Thanksgiving Day Parade with the Spirit of America Dance Stars. They auditioned for their spots in the parade over the summer and have been preparing since. The parade took place in New York City and the AHN Jaguarettes spent an entire week practicing with a company comprised of 600 dancers. The parade was aired Thanksgiving Day, Nov. 23, on NBC. From sightseeing to performing, the Jaguarettes had an unforgettable break.