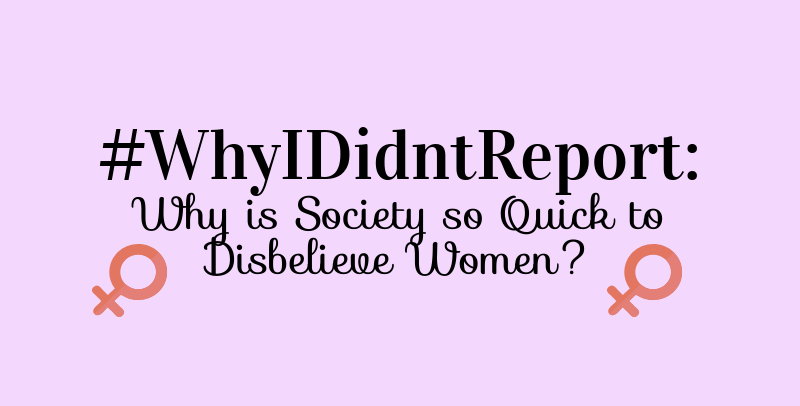 On Friday, Oct. 5, 2018, three Achona students attended the SNO workshop in order to learn how to improve overall as an online newspaper.

#WhyIDidntReport: Why is Society so Quick to Disbelieve Women? (EDITORIAL)

In light of the sexual assault allegations made against Supreme Court Justice Nominee Brett Kavanaugh, the hashtag “#WhyIDidntReport” erupted across social media platforms, such as Twitter. After President Donald Trump insinuated that the allegations of Dr. Christine Blasey Ford, Kavanaugh’s accuser, were false due to her decision not to report the assault immediately after it happened, Twitter users fought back with first-hand experiences depicting the fear and circumstances that kept them from reporting their own instances of sexual assault.

Stephanie Oehler (‘21) said, “I think that it is true that a lot of times in cases of sexual assault the blame is placed on the woman. For example, I was watching the news about the Kavanaugh case, and they were talking about how Dr. Christine Blasey Ford was going to these parties after the assault occurred, which they brought up in order to reverse the situation and steer away from the allegations against him [Kavanaugh]. They were trying to discredit her story because of these other things, and I feel like this happens a lot. Women have always been mistreated, and I think that it takes a lot of courage for a woman to come forward. I think that it took a lot of courage for her [Ford] to come forward that she probably had to bottle up for a long time. She probably only ever told a few people about it because women aren’t really believed, so they don’t want to come forward. Then once she comes forward, all these people tell her that her story isn’t valid. It sends a bad message to other people who have suffered from sexual assault.”

I have no doubt that, if the attack on Dr. Ford was as bad as she says, charges would have been immediately filed with local Law Enforcement Authorities by either her or her loving parents. I ask that she bring those filings forward so that we can learn date, time, and place!

For example, the tweets of various victims of sexual assault, who are both men and women, illuminate the societal fallacies surrounding rape and sexual harassment. Victims believe that their peers will not only disbelieve them, but will also justify the actions of the person who committed the crime.

Twitter’s latest movement brings awareness to a serious question: why are women typically disbelieved in our society, especially when their truth is related to sexual assault? When women bring forward the trauma and hardship the actions of others caused them, they face an onslaught of questions rather than the justice and support they deserve.

Because I felt ashamed of what happened and didn’t want to publicly ruin someone’s life, even though they privately ruined mine #WhyIDidntReport

Instead of holding the perpetrator accountable, society is quick to resort to victim-blaming through three common questions: “What were you wearing? Were you intoxicated? Did you ask for it?”

Molly Leepack (‘20) said, “I think that it makes sense that a lot of women do not come forward because there have been so many situations in which men or judges do not believe them, and men who have raped women have gotten off completely. I do not think that it is fair for society to decide that women must come forward immediately with their instances of sexual assault because I think that it takes a while to do so, especially when you are in college and dealing with other things. A lot of women feel ashamed for being raped. They think that because they were drunk, it was their fault, but that’s not the case.”

These ideas define how society, especially men, view women. Although sexual assault occurs without the consent of the victim, society encourages women to believe that they are somehow responsible for their own rape. In addition, when a woman brings forward allegations against the young man who raped her, the justice system informs her that she should feel guilty for ruining his life. Thus, due to the system’s failure to obtain justice for women as a result of sexism, society diminishes the rights and value of women.

Mckenzie Diaz (‘19) said, “It makes me extremely angry when women are blamed for their rape because it just plays into societal pressures. People just want to blame women instead of taking into account the actions of the man. Society wants to tear down women, which contributes to the toxic masculinity present in society. They always talk about how the guy didn’t mean to do it, and how the victim is going to ruin his life. They do not take into account the pain of women. Society teaches women not to dress a certain way or act a certain way, but they never teach men to respect women and their lives or how to treat others.”

Even though society needs to learn to take sexual assault more seriously, false allegations do have the potential to severely affect the lives of innocent men. Although it is very rare, in some cases, women do report fictitious instances of rape. As a result, men view recent movements to acquire justice for women as a threat due to the possibility that they might be accused of a rape they did not commit.

Therefore, as a society, we must find an in-between in terms of how we approach sexual assault in the courtroom, as well as on a daily basis. It must become our mission to not only support victims of sexual assault, but also to look at each instance of rape according to what happened rather than through the degrading questions that define victim-blaming. Men and women must learn to respect one another and to rise above the stereotypes that define each gender.