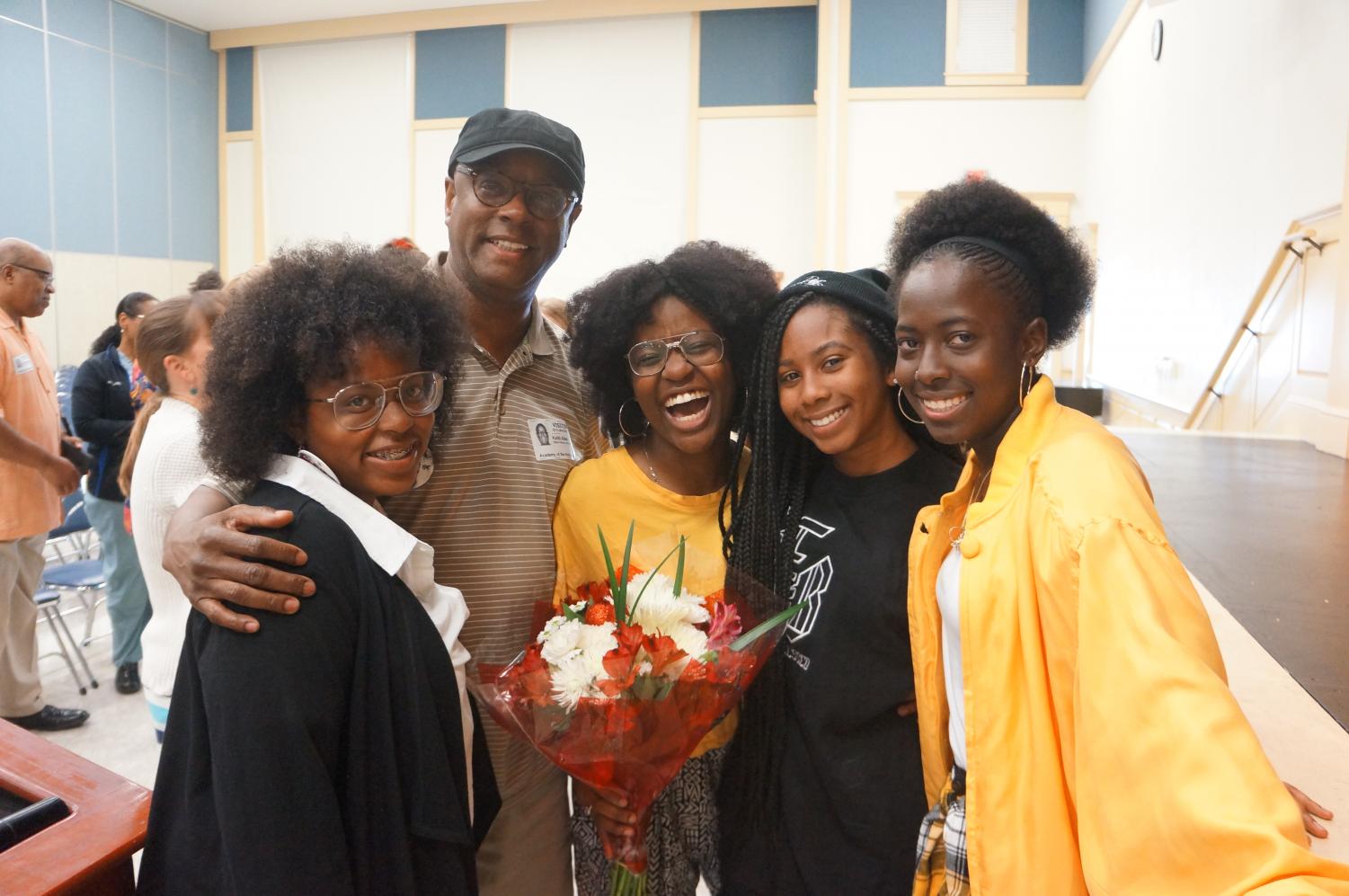 It is not too late to show appreciation during Black History Month, as POWER is hosting karaoke in the Brady Center every Thursday in February. You can sign up on the POWER bulletin board or with Belcher or Filocco. ((Photo Credit: Adriana James-Rodil/Achona Online))

It is not too late to show appreciation during Black History Month, as POWER is hosting karaoke in the Brady Center every Thursday in February. You can sign up on the POWER bulletin board or with Belcher or Filocco.

On Monday, February 12, POWER (Passionate Outstanding Women Encouraging Respect), the AHN out of school club, held a convocation for the entire student body dedicated to Black History Month. This was the second year it was held, and it was a great hit amongst teachers and students.

Josslyn Payne (’20) said, “I thought the convocation was really good. I thought it was a lot better than last year. It was very entertaining, and I feel like the audience could understand it better because the performances were split up and then there was a good break with dancing, and it brought it back to more serious things. And they included the video [at the end], which was really impactful. I’ve participate both years [this year and last year]. I think I will participate next year because I just want to help out because I am a black person, and it is for Black History Month. I think it’s important to educate the school, especially since our minority population is very small. I think our heritage shapes who we are.”

This year, the theme was music through the decades. As the theme was specific, Chanita Belcher (’19), who organized the event and has been on the board for POWER for two years, sought outside assistance of choosing great songs sung by African American artists from Nancy Mizzell, the new music instructor.

Stacy Filocco, a social studies teacher and the club moderator, said, “Chanita has been in charge this year and began planning for the event in December. This is the second year that POWER has sponsored this event. Last year’s was led by alumna Tabitha Rucker (‘18). Many girls are performing tomorrow and numerous others have helped with everything from stage hands to music to brainstorming.”

The special convocation was held in the Brady Center, and Belcher had first suggested her idea to Greta Dieck (‘19)—one of the co-presidents of POWER. She also did research over the summer, so the event was partly planned. The challenge was coordinating the practice schedule as student’s lives are busy during the year. Fortunately, however, more students participated than was expected.

The names of the participants:

There was a special guest, Belcher’s sister, Charell Belcher.

Belcher comments on the importance of her African American heritage as well as the struggles her family has faced as a result.

She said, “Being African American in America is challenging, but it’s my community and my family that keeps me grounded. My heritage means so much to me. Everyone knows of what my ancestors have been through, but the mistreatment to my people hasn’t stopped yet, and during this black history month, I just wanted to bring up the positivity and love that was formed through it all and not put so much focus on the bad. Even though we’ve experienced some horrible, horrible moments in life, we’ve overcame, and with that, we’ve had some amazing accomplishments, like music. Being African American and being able to make a presentation like this is just a beautiful thing, and I just bask in the glory of it.”