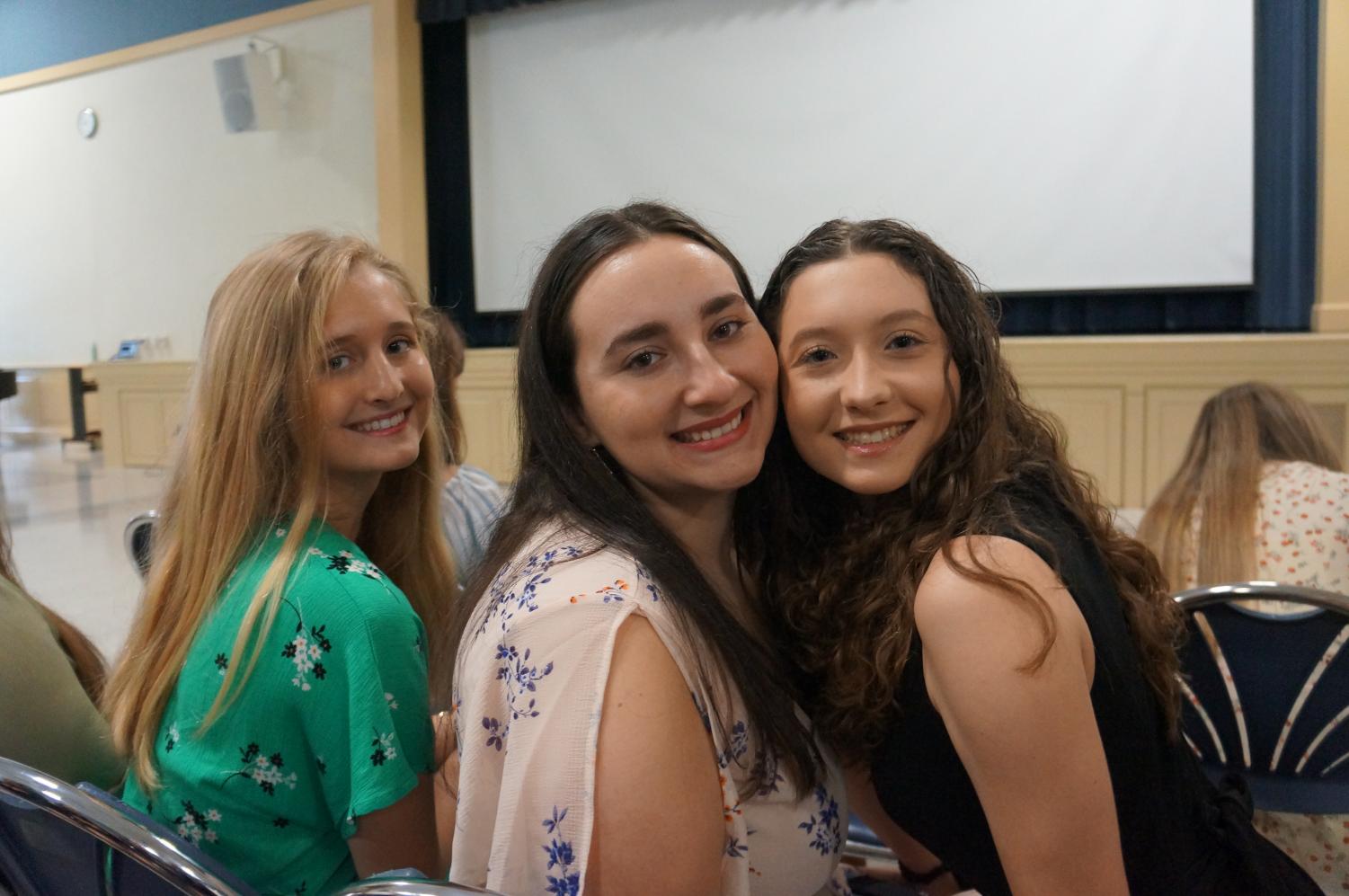 Amazingly, there are two salutatorians: Taulbee and Sydney Lowman (‘19). The valedictorian is Lauren Dingle (‘19).

Students Say Their Goodbyes at the Senior Farewell

On May 15, the AHN faculty and students gathered in the Brady Center for the Senior Farewell.

Unfortunately, however, several juniors could not attend due to the AP English Language and Composition (AP Lang) Exam being the same day.

Danielle Duarte (‘20) said, “That day we had our AP Lang Exam, so a lot of us weren’t able to go to the Senior Farewell and watch the video which was kind of disappointing, especially for me because I was in the video saying goodbye to some of my favorite seniors, but luckily someone [Reagan Finch (‘20)] uploaded it to Youtube a little later and put it up on our class Facebook page, so we were able to watch it afterwards.”

The Class of 2019 finished school on May 3, with the exception of AP Exams. However, they returned to school for the ceremony dressed in their Sunday best not only because of this event, but after the Senior Farewell, they had Mass, followed by the Mother-Daughter Luncheon at the Palma Ceia Golf and Country Club.

Once the student body and staff were seated, Assistant Principal Erin Krukar called forth Grace Cronen (‘21) and Alaina Garcia (’22) who presented the freshmen and sophomore gift. It was a contribution to the Senior Endowment Fund.

Next, a video from the faculty and staff was shown, which caused laughter and reminiscence amongst the Class of 2019.

Katie Taulbee (‘19) and Robin Sailor-Zander (‘19), who were chosen by their classmates, then gave speeches addressed to their peers which evoked giggles, smiles, and sadness.

Taulbee spoke of her fondest senior memories and the journey at Academy she has had from being a timid freshman to a now confident senior.

Zandar spoke of the great qualities her peers possess and the potential they each have to impact the world in their own way.

Chloe Mintz (‘22) said, “I thought Katie Taulbee’s speech was really good. She was on the lacrosse team with me, so I thought it was very cool to see her speak in front of everyone and see a different side of her. She was a really great public speaker, and I thought it was very interesting how they reminisce and see how they thought of [their] freshman year. I liked that. Taulbee’s speech was a little bit more personal whereas Robin was speaking very generally and broadly, and I really liked [as well] that because she was addressing everyone as a whole.”

Following the speeches, the annual Senior Farewell video, created by Finch, was shown. It consisted of freshmen, sophomores, and juniors saying their goodbyes to certain seniors. Also, the traditional “glow-up” photos were displayed at the end of the video which compares their freshman and senior yearbook photos.

Although Finch had fun creating the video, it was equally as stressful because when she first asked administration the time limit for the video, they said, “as long as it needs to be.”

Finch said, “It was a little stressful because when I first finished the video, it was 35 minutes, and then I learned [later] I had a time limit to 15 to 18 [minutes]. It was a little confusing. Then, there was the actual video, filming people, and I felt really bad [that] I had to cut a lot of people out. It was a really stressful time, but people really came together. It was an experience.”

Lastly, Senior Class President Hira Kahn (‘19) gave a speech explaining the special meaning behind the chosen senior class song “Oceans.” Fellow Academy swim teammate Cailin Cannella died of Osteosarcoma, a type of cancer, on Sept. 18, 2017. This song is sung in remembrance of her and the impact she had on several Academy students.

The ceremony ended with the seniors standing and singing to “Oceans.”

Ann Bordin (‘22) said, “I didn’t really know a lot of the seniors, but I know a lot of my friends did. It was very sad to see them say goodbye. I thought the video was really funny, and I thought it was very well put together.”