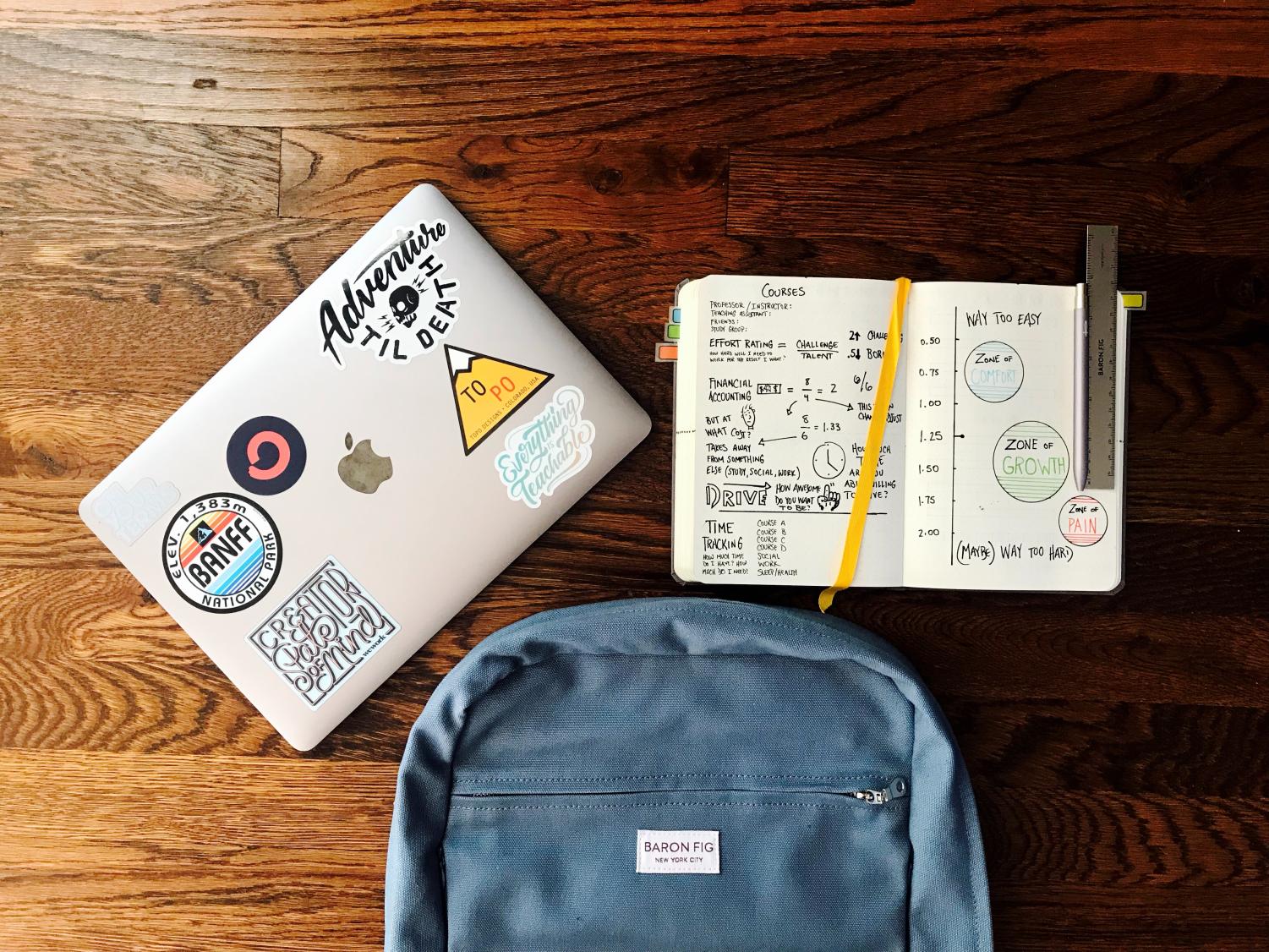 Most Academy students apply to 5-10 schools, including a range of safety, target, and reach schools. (Photo Credit: Matt Ragland/ Unsplash))

Most Academy students apply to 5-10 schools, including a range of safety, target, and reach schools.

In current times, students are expected more than ever to reach perfection. Without being the leader of five clubs, a starter on three varsity sports, a straight A-student, and having 500+ hours of community service on your applications, it seems like college is unattainable. Further, college counselors explain the need to be well-rounded, showing depth to your character, but also encourage you to have a “focus” in your application to show you are dedicated to your involvement. These oxymoronic instructions are just the brink of the shipwrecking iceberg that is the college admissions process.

College admissions, proposed to be an exciting advance into a new chapter of one’s life, can easily consume the lives of students due to the absence of a fair and efficient process.

In the pursuit of perfection, students are instructed to show their readiness for college via Advanced Placement classes. Not only are these classes rigorous, but passing the class is not enough to gain the college credit they promise. Students are required to take a single exam to prove their understanding of the material taught. Should they pass though, AP exams offer few benefits post-college admissions. While AP exams have become a near necessity to prove to rigorous colleges a student’s aptitude for certain subjects, those same colleges rarely offer credit unless a student achieves the highest score possible, a 5/5. In the event that a student should pass their exams with such flying colors, they still will not gain the credit they have earned until they have paid to send each score to their college of choice. Some colleges even ask students to send those official score reports in their applications, with each score sheet costing the student $15.

To further complicate the matter, College Board, the “nonprofit organization” who owns the Advanced Placement system, also owns and orchestrates SAT testing. The SAT test, one of two standardized testing options for students to take to be considered in the admissions process, is also not cheaply administered. Each SAT is $55, with an additional $12 fee for every school the student wishes to send their score. Considering the ACT is also a testing option, students often will take both tests, multiple times until they reach a score deemed permissible by their colleges of choice. While students owe hundreds of dollars for the mere opportunity to take tests now required of any competitive institutions, the CEO of Collegeboard lives comfortably on his $2 million salary. The lack of regulation within the testing monopoly allows for excessive exploitation of students, who have few alternatives to show their academic readiness for college.

With the college admissions process under increasing scrutiny – by colleges themselves and the Supreme Court – more Americans say high school grades and standardized test scores should matter in the admissions process than say this about other factors. https://t.co/irvBgX4gTR pic.twitter.com/Q3fPNa4QoK

The monetary exploitation of students continues, though, through the application process itself. Students are required to pay upwards of $80 simply for the ability to apply to a single school. With application rates skyrocketing, and acceptances plummeting, students, while tempted to apply to more schools to better their chances, are obstructed by the fines colleges charge for their own profit.

Many colleges push data about higher acceptance rates in the Early Decision rounds held at top schools. Early Decision is a binding contract between a student and a college in which the student and their family agree to commit to a school should they be offered the acceptance. Early Decision offers no definite financial or merit aid in the application process apart from schools promising to meet “100% of demonstrated need.” While many students of multiple  financial situations apply Early Decision, wealthy families are disproportionately benefiting from the program. A middle-class student may not be able to apply Early Decision for fear of making a financial commitment they will not be able to meet in the event that the aid given does not suffice. However, a wealthy student for whom money is no concern is more likely to apply for Early Decision and benefit from the higher acceptance rate. Students are often forced to gamble not only their admittance but their family’s financial stability. The volatility of college admissions sometimes leads students to make impulsive decisions, pushing 17-year-olds to enter into 4-year, $300,000+ commitments.

“If you ED a school, and then decide you don’t like it either before you attend in your first year, it can be both emotionally and financially devastating to try to transfer,” she said.

A benefit of many prestigious colleges is their generosity in financial aid. Of the students who get in, those needing significant financial aid are often able in turn to go as schools are need-blind, and offer up to 100% of tuition entirely reliant on demonstrated financial need. While this is a large benefit to underprivileged students, many colleges do not grant financial aid from their grants or endowments, but through the increase of the “sticker price” of their institutions. By raising such tuition prices, schools are able to take more money off of the amount owed by the less fortunate students. However, an increase in price penalizes middle-class families who may not be able to demonstrate enough need to receive the aid they would require for certain schools to be economically feasible.

When over 60 percent of student populations receive financial aid, as many prestigious schools offer, with an average gift relieving a family of over 60% of annual costs, a large disparity is formed. Underprivileged students are offered opportunities to attend universities they are qualified for but may be unable to afford without aid, which is a right and noble policy. However, families lacking both significant financial need and/or hundreds of thousands in disposable income are left to take out federal loans, or pick other schools to attend. 62% of students attending private, for-profit colleges, are currently recieving federal grants.

If colleges lowered the overall tuition price, it would no longer be necessary to grant upwards of $200,000 over the course of four years to give a single student the ability to attend, and consequently, universities would no longer have to rely on a small percentage of their admitted class to pay for the vast majority of the amount required to educate the incoming population.

College is getting more expensive at a faster rate than job opportunities are offering, students are taking on higher debt with no jobs post-graduation to relieve them. College costs have increased by 169% since 1980, but pay for young workers is up by just 19% according to a Georgetown report conducted in 2021.

Apart from financial conflicts, the college admission process takes students along a drawn-out process that often has a negative impact on the mental health of students. Deferrals are offered by many colleges to postpone a final decision on a student until they review more applications from their pool. While an extension of hope for some, deferrals can postpone decisions for months, with some schools giving little to no information on when an updated decision may be made. Students are left wondering if they should stay hopeful for decisions, or move forward with different acceptances.

Jane Ruppel, senior class member, and vice president of the Student Council was deferred during her admissions process by the University of Michigan.

“Being deferred was really discouraging because it wasn’t a definite answer and it just prolonged anxiety about college. I honestly would’ve rather just been rejected outright at the time of the official decision,” said Ruppel.

A similar issue is found in the process of the waitlist. Colleges momentarily deny students but offer a spot on their waitlist with the statement that sometime after May 1, the deadline for initial deposits, they may have more places in their incoming class for that student. Considering the additional stress associated with committing to a school by May 1, with roommates, housing, and majors to decide, changing colleges during the summer can be a debilitating choice. Especially because waitlist decisions are not on a timeline, students may finally gain acceptance in June or July. Students in such a position would have to pay housing and deposit fees to the secondary school they choose, while almost undoubtedly getting the worst housing accommodations due to their delay in the process. This issue is not even considering the fact that the student would also be required to break the news to their previously decided roommate. Even a dream school acceptance could be viewed by students as not worth it under the consideration that they would only gain acceptance in the middle of their last summer, just a month or so from the beginning of classes.

A more efficient process, one that didn’t consume up to eight months of a student’s life would greatly benefit both students’ mental health and would theoretically affect the schools that students feel able to choose. Even standardizing college admission decision dates could stabilize the current rollercoaster-esque process ruling a conventional senior year. By consolidating decisions into a few pre-determined weeks, students would be less likely to be consumed with weeks of anxiety as they await decisions coming in vague time frames like “mid-March to early April.”

While the college application process could undoubtedly be improved, every student will eventually find a school that fits them. When asked about their feelings about the upcoming process, juniors Adele Politz and Emma Leavy expressed concern.

“I’m nervous about the college admissions process, but I am hopeful that I will attend my dream school, the University of Tennessee Knoxville,” said Politz.

Leavy had similar concerns that acceptances may not go in the way she hopes they will, but conceded that “it’s scary but also exciting because it opens the door to the next part of your life regardless of where you go.” 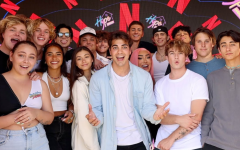