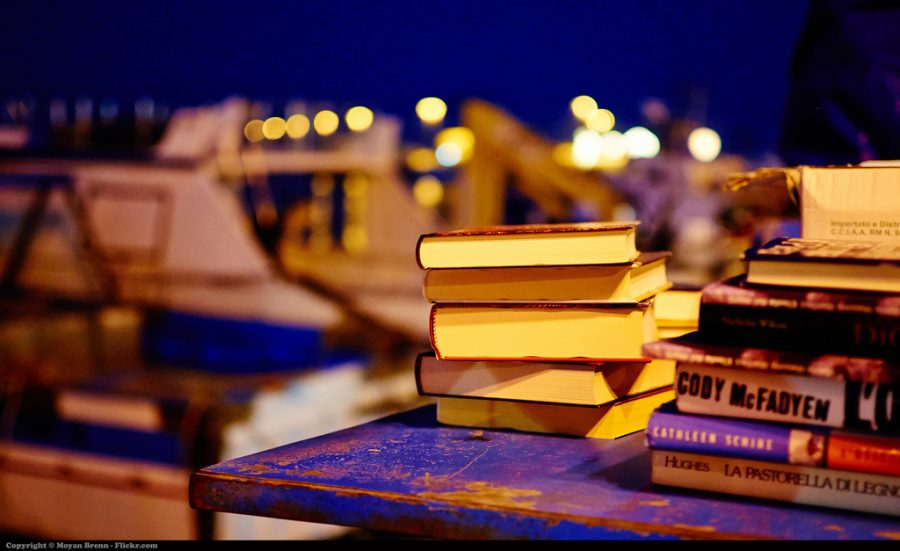 Reading actually enhances and widens a person’s memory as they take in more information and make room for more connections.

With the introduction of another year, new books enter into the world of publication. Since there are over 300,000 books published each year, picking a limited number to read is difficult. While there are many more that are worth the read coming out this year, here is a list of the many books in 2017 to look forward to.

Warcross by Marie Lu follows the story of a teenage hacker, Emika Chen, who tracks players who bet on a world-wide game illegally. Through her adventure facing many dangers and becoming an overnight sensation, she is forced to decide who wants to help her and who wants to hurt her.

I hope you all appreciate the romance in Warcross bc it's taken me 1.5 hrs to write eight lines of flirty dialogue

Once and For All

Once and For All by Sarah Dessen centers around a recent high school graduate who is recovering from a broken heart, turning to a very cynical view of love as support. After she meets a perfect man for her, she must overcome her previous issues of love or lose the love of her life.

The End of the Day

Right before people pass away, they have a visitor to help them with their fears. The End of the Day by Claire North captures the story of Charlie, a man who visits people around the world on their death bed. It follows the story of many different people who decide whether to let Charlie help them or dismiss him away as irrelevance.

Things We Have in Common

Yasmin is a social misfit who has never quite found a place for herself in high school. In Things We Have in Common by Tasha Kavanagh, Yasmin finally finds her place when a popular student, Alice, goes missing and Yasmin must find her when nobody else wants to.

In The Next Together by Lauren James, Katherine and Matthew are born every century again and again. Each time, they are born as strangers in unusual circumstances and find different ways to make their mark on history. The ultimate love story between people who spend their eternity together, but must start over again and again.

Dividing Eden by Joelle Charbonneau ventures into a royal home where two siblings are forced to compete for the crown. As the plot their own family against each other, the siblings must find that sometimes competition can do more harm than help.

The Keeper of Lost Things

Following the story of a writer who collects lost items and writes his own stories about them, The Keeper of Lost Things by Ruth Hogan toys with the idea that loneliness can be cured by creating a connection to people without meeting them.

4 3 2 1 by Paul Auster tracks the life of Archibald Isaac Ferguson, a young man who lives four lives simultaneously. All follow a different path of life and allow Ferguson to take many personalities, allowing the reader to hate and love him at the same time.