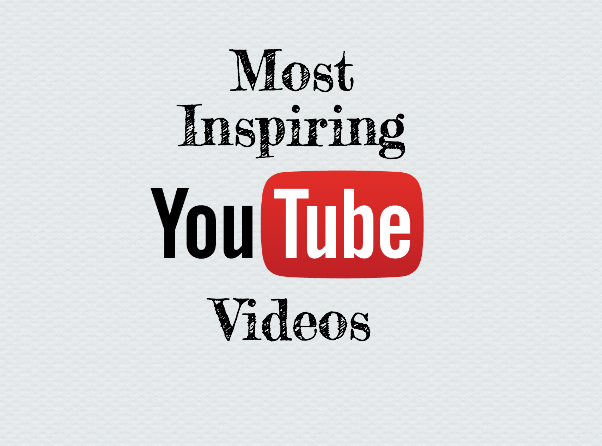 Youtube has become a popular platform not only for entertainment, but also for viewers to have people and stories to look up to and aspire to be like.

In 2007, Randy Pausch, a professor at Carnegie Mellon University gave his “Last Lecture” as part of a series that asks “if you knew you were giving the last lecture of your life, what would you say?”

In this touching video, Dick Hoyt ran a marathon with his son, Rick who was diagnosed with cerebral palsy at birth.

Freshman Isabelle Addison says, “I think people who use youtube as a platform to share their stories are really inspiring and can have really powerful messages.”

Nick Vujicic was born without arms or legs and no explanation as to why. He went through life questioning whether or not he had a purpose. Nick has been traveling around the world, sharing his story, since he was 19 years old.

Every one of the most successful people on this earth have been knocked down but instead of sitting around and feeling sorry for themselves, they got back up again and as it says in the video, “If you’ve never failed, you’ve never lived.”

Senior Alessandra Nies says, “I look up to people like the Beatles and Walt Disney for their creativity and their ability to get back up after being knocked down.”

Gary Turk is an award-winning filmmaker and has over 117,000 subscribers on his Youtube channel. His short film, “Look Up” which has over 60 million views, has encouraged people to detach themselves from their smartphones and live in the real world.

In 1969 Ace Bourke and John Rendall bought a lion cub when they moved from Australia to London and named him Christian. When Christian grew too big to live with them, they released him into the wild in Kenya.