Class of 2020 Bonds at Sophomore Retreat 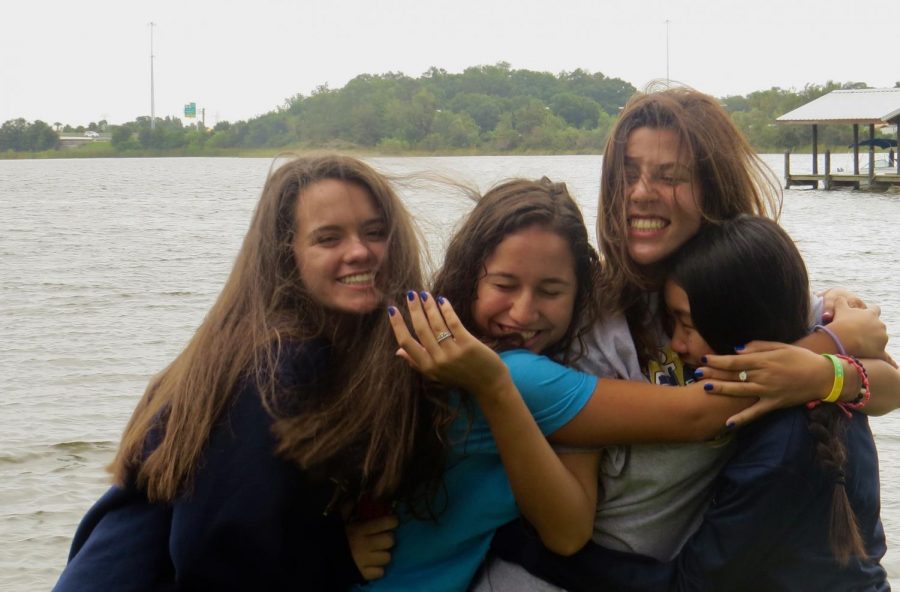 The sophomore class consists of 127 girls, the biggest class currently at Academy.

On Oct. 17, 2017, the class of 2020 traveled to Mary Help of Christians for their Sophomore Retreat. This year, the retreat was set around the theme, “Made in His Image.” The purpose was to remind young women of God’s love for them and that he made them in His image and likeness.

The icebreakers encouraged bonding among the girls. Each student was able to share their personality traits, personal values, and fun details about themselves that their classmates may not have known.

Victoria Hifko (‘20) said, “I feel like we’ve come together more as a class on this retreat. The games we played were really fun and I learned a lot of details about the other girls in my group.”

Ecclesiology teacher Felix Kalinowski attended the retreat along with the sophomore class.

Kalinowski said, “The whole point of a retreat is to step back and look at yourself and how life is going.”

Many sophomores were able to do that in the main activity in which they participated. Each girl received a piece of cardstock resembling an iPhone. The task was for each girl to draw their own Snapchat story on the given paper. However, this picture was not just supposed to be a selfie of themselves, but a picture of different drawings and symbols to represent the highs of lows of their lives.

When the students finished their drawings, they then listened to various lectures given by different members of the Mary Help of Christians’ retreat team. The topics of the lectures ranged from roller coasters to eating disorders, however they all include a similar theme; even if you lose touch with God, you can always restore your faith in Him.

Maya Harrell (‘20) felt that the lectures were the most inspiring part of the retreat, she said, “The story of the counselors here were so moving touching. They really pushed me to grow my faith.”

The next half of the day was spent in the church. After hours of thoughtful activities and reflection, students attended confession and mass.

While peaceful music played, girls were able to have personal time to pray and think about what they had learned.

Harrell said, “The bond with my fellow AHN sisters has only strengthened on this retreat. Every year I feel we grow closer and closer. I love each and every one of them, they are truly like real sisters to me.”

Lauren Jones (‘20) loved the retreat, she said, “It was a blast. I just loved hanging out with my sisters. The best part was when everyone ran down to the lake to take cute pictures.”

At the end of the retreat, all the girls were given various saint cards. They were all of different female saints who lived throughout the history of the church.

Alexa Fredericks (‘20) said, “I love that we recieved saint cards of both powerful and faithful women. It’s inspires to have faith as strong as they did.”

The cards will soon be used for an ecclesiology project in Kalinowski’s class, he said,“The girls are going to tell their class about the saint they received.”