Monday, Oct. 23, 2017 marks Mole Day, yet this will be the first time in 21 years at Academy that there will be no main celebration.

A “mole” in chemistry is an SI unit of measurement that stands for 6.02 x 10^23. It is usually used to measure extremely small particles. The Mole Day tradition remembers and commemorates scientist Amedeo Avogadro whose original investigations led to the use of the mole.

In previous years, sophomore students would create mole projects, not of the SI unit, but of the small animal. They would build their moles relating to a theme given to them by their chemistry teachers. Last year, the theme was “Academy of the Moley Names.” 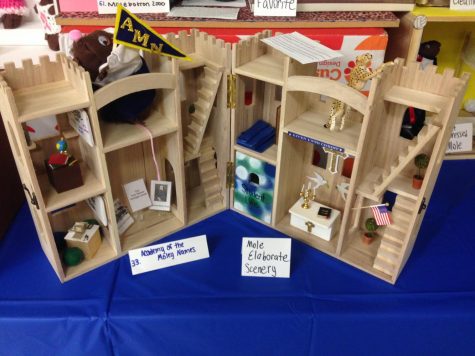 Chemistry teacher Rebeca Zambrano began the Mole Day tradition in 1995. Since then, AHN has annually celebrated National Mole Day along with many other schools.

Zambrano said, “I went to a conference the first year I was at Academy, and one of the presentations there was about National Mole Day. I thought it would be a great addition to my curriculum.”

Ever since, students in chemistry have created various mole projects. Counselor Emily Pantelis made her mole when she was a sophomore in 2004.

Pantelis said, “I still have my mole from when I did Mole day. I loved it. It was the best part of being a sophomore. I ended up loving and excelling in chemistry after we had Mole day.”

Many sophomores agree that Mole Day is one of the best parts of chemistry.

Zambrano said, “Chemistry is a difficult subject, it requires a lot of time and dedication from students. I thought bringing in an art component would give students a respite from the difficulties of chemistry. Besides, I felt that it was the one celebration for sophomores to really make their year special. I felt that my sophomores needed that.”

Brielle Gentile (‘19) was elected Mole Queen when her class celebrated Mole Day last year. Each chemistry set nominated one person in their class to be queen. The nominations are based on the effort the student put into their project, and the spirit they had towards the event. After the finalists from each set were selected, there was a grade-wide vote. 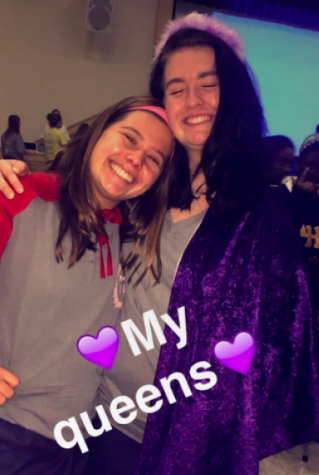 Photo Credit: Brielle Gentile (used with permission)
The election of Mole Queen was started the second year Mole Day was celebrated in 1996.

Gentile said, “I won by two or three votes. I was so shocked and sad when heard it was canceled. I’ve been here since kindergarten and I remember seeing all of the mole projects throughout the years. I am happy that I am the last ever Mole Queen, I’m glad that’s my legacy at Academy.”

The Mole Day project was stopped this year because administration agreed it was not educational.

Principal Stephanie Nitchals said, “I encouraged the science department to discontinue the project because it was not scientifically based.”

Many sophomores disagree with the administration’s decision.

Reagan Finch (‘20) felt “incredibly upset” when she discovered her class would not participate in the celebration or project: “I’ve been looking forward to mole day since Kindergarten. Looking at all the stuffed moles in the library sparked an interest in me to learn chemistry. I hope that we can somehow continue the mole tradition for our class.”

Olivia Perez (‘20) said, “The theme of this [school] year is ‘Embracing Tradition’. I don’t understand why this well-loved tradition has to stop.” 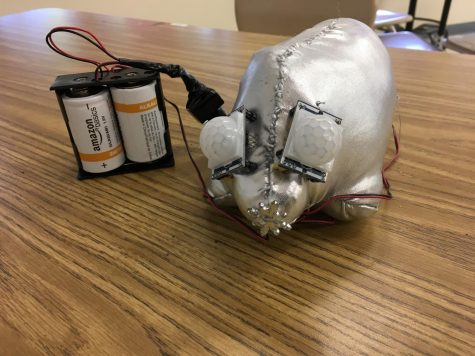 Photo Credit: Mei Lamison/Achona Online
Students were encouraged to be creative and inventive when making their moles. Some even went to the extent of making their projects electronic and battery operated.

Although the main annual celebration will be stopped, sophomores will still do various activities regarding Mole Day in their own chemistry classes.

Pantelis said, “I’m sad to hear that it was canceled, but I really think that there are things that you guys are going to do in class to commemorate it. Mole Day can never be canceled. It’s still Mole Day.”