Sophomores and Juniors Take the PSAT 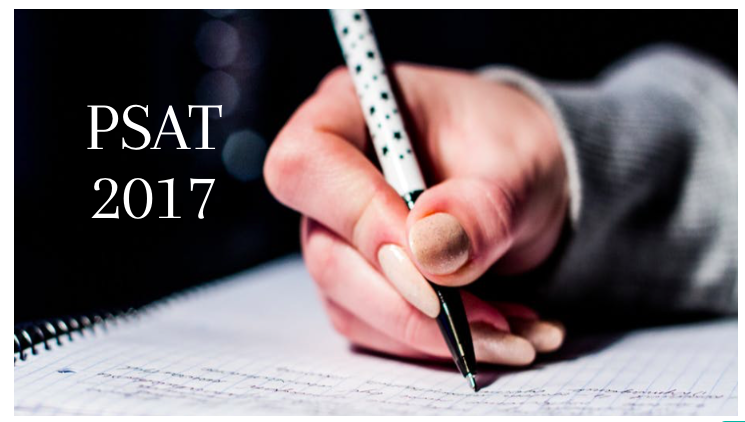 The PSAT/NMSQT® (National Merit Scholarship Qualifying Test), better known as the PSAT, is one of the first steps towards college for many sophomores and juniors. The two hour and 45 minute long test measures skills in reading, writing and language, and math. The highest possible score on the Preliminary SAT is a 1520, compared to the SAT whose highest score is a 1600.

Even with the substantial possibilities the test could hold, many juniors were not too stressed about the Oct. 11 test.

Katie Jones (‘19) said, “I wasn’t stressed out about it. Overall, I thought it was pretty easy, except for the last two reading passages which I didn’t finish.”

Sophomores took the PSAT as an introduction to high-school level standardized testing.

Dorothy Pickard (‘20) said, “I didn’t like the math section where we had to write in our own answers. That was tricky.”

In recent years, Twitter memes have become a popular thing to post after the PSAT, and this year was no exception.

The senior class had the day off and was offered the opportunity to come to school and have members of the English department review their college application essays.

Maddy Ruppel (‘18) said, “I came in and Mrs. LeBlanc read my essay and told me things I should change – basically if it [the essay] was good.”

Pendleton said, “I don’t like to rewrite their words or take away their voice. I sit down, look at their writing, and try to give them suggestions about where to clarify something, or where to remove something. One student was almost 300 words over, so I just tried to give suggestions about what to cut out so [the essay] could be more clear for the reader.”

Some seniors took a much-needed day of relaxation instead.

Nina Alberdi (‘18) said, “I had a very productive day off. I got my eyebrows waxed, I had lunch at Kodo’s, and [my boyfriend] Jacob asked me to to homecoming by buying me a fish.”