Should AHN Bring Back a Recycling Program? 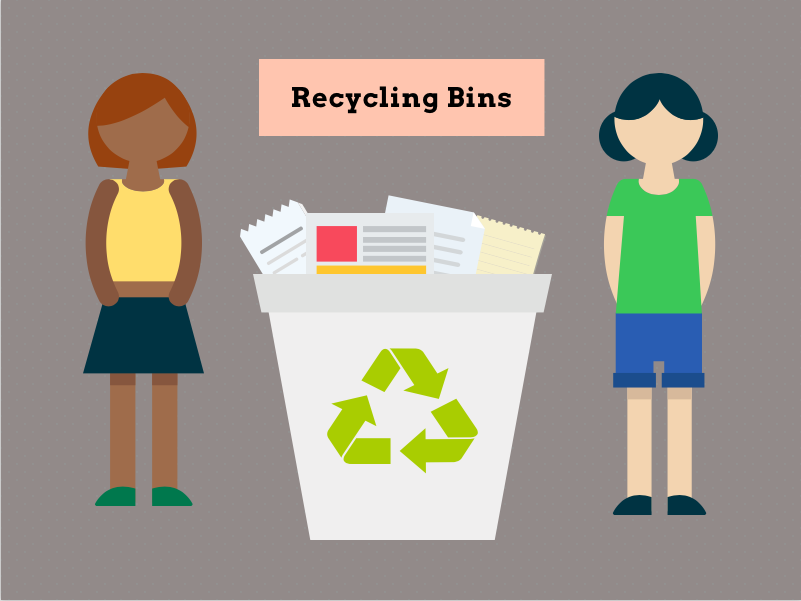 “If we have a program for recycling at school, it may motivate students to recycle at home. This would create an important example for generations to come,” said Jones.

Despite student’s production of recyclable trash, there are no recycling bins throughout Academy’s high school. Not only is this causing harm to the environment, but it also creating conversations among students on whether or not the bins are necessary.

“Its upsetting to me that we don’t have a choice when throwing away paper. We’re using so much of it now, so we should have the option to recycle it and help save the earth,” said Olivia Martinez (’21).

Recycling bins were removed at the end of the 2016 school year after the Environmental Club was disbanded. The club was stopped due to lack of interest and effort among members. Since then, Academy students have thrown all of their worksheets, loose leaf, and hands outs into regular trash cans.

Sister Ann Regan, the Mission Effectiveness Coordinator, said, “When I was teaching in high school, recycling became a problem because students did not use them correctly. They would throw things like candy wrappers in the recycling boxes.”

Unlike the high school, the Academy’s lower school does have a recycling program. Middle school science and religion teacher Eileen Watson directs it.

“Six years ago at a faculty meeting, they asked if anyone would like to further the recycling program. As a science teacher, I thought it was a perfect opportunity for students to get involved and be ambassadors,” said Watson.

In the lower school, eighth-grade students collect recycling bins each week. After all recyclable materials are gathered, students place them in the main recycling bins by the back parking lot. The city then collects the waste and brings it to a material recovery facility.

“Last year we had the students go around and ask how the recycling program was doing, and we found that not all classrooms were recycling all of the time. We were also seeing that there was garbage, food, and other things being thrown into the recycling bins that were not recyclable. We felt that we had to educate the students as to what had to be recycled,” said Watson.

Lower school students created posters to show their peers how to recycle.

“What we found after the poster contest was that students became more aware of what could be recycled. We then started to see a decrease in items that were not replaceable,” said Watson.

Some high school students are working to follow the lower school, and bring back some type of recycling program. However, no formal plan or club has been organized.

“I am applauding the high school girls who really want to recycle in our school, but I am also challenging them to educate themselves on how to recycle so that they can recycle properly,” said Regan.

Although many students and faculty support the idea of having recycling bins, some see them as irrelevant.

“I think that we should have recycling bins, but I can see why we don’t. Even though recycling bins can be necessary now, they may not be in the future. Every year we inch towards using our computers and Ipads in replace of notebooks and paper. Soon we won’t need bins at all,” said Sofia Tweed (‘20).