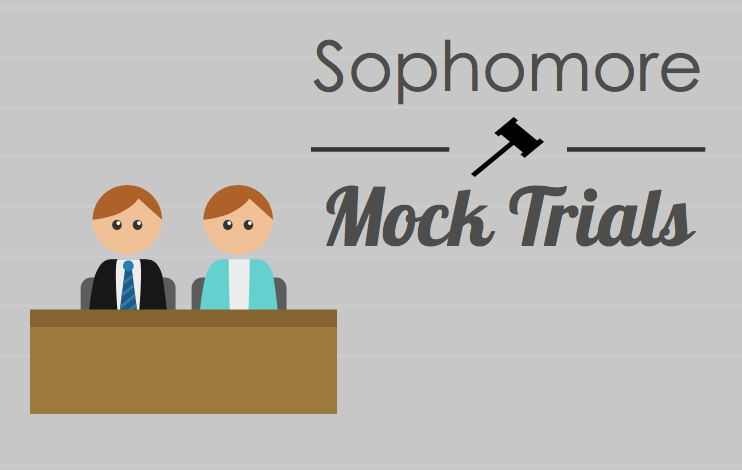 “I liked reading the book because it was fascinating to me. It showed a unique perspective on life and societies viewpoints at that time,” says Montero.

Throughout the past week, sophomore students have been putting literary characters from the novel “Of Mice and Men” on trial. English teacher Clare McFlynn is the one who organized the learning exercise.

“I like to think of a lot of creative things to do in the classroom and the mock trial was one of them. You need to know the book, the characters, the themes, and a lot of the story’s details to be successful in the trial.  I think that helps the students receive a greater depth of understanding in a really fun way,” says McFlynn.

“Of Mice and Men” is a novel written by John Steinbeck. It tells the story of two migrant ranch workers who travel in search of labor. The book takes place in California during the great depression. Over the course of the novel, the character Lennie Small kills a woman on the ranch he was working on. This particular event in the story gave students an opportunity to put Lennie Small on trial for murder.

Students who acted as witnesses had to study the characters they were portraying. Not only did they have to know the events of the story, but also how to infer how their specific character thought and felt.

“I was one of the witnesses from the book. I prepared for my role by making notes and analyzing the novel with my classmates. I really enjoyed this. My knowledge of my character made the case more fun,” said Mocsari.

Students who acted as lawyers had to prepare opening and closing statements, questions for witnesses, and possible arguments.

“Being a lawyer in the mock trial was an interesting task. It gave me a different perspective on the book and situation that occurred. It also gave me information about how real life courts work, which was enriching,”  says Montero.

Students who acted as jury members took detailed notes while the trail was occurring. They also had to make a fair decision based only on the arguments of the defense and prosecution.

“I was a jury member and I felt the trial was interesting and fast-paced. I had to review all of the California laws to prepare for it,” says Sam Miller (‘20).

Along with these roles, each class also had an acting judge who moderated the courthouse.

“Being judge was eye-opening, it gave me an interesting perspective of what law and court systems are actually like. The preparation was difficult because I had to learn all the rules of the court. On top that, when the trial was actually happening, I had to moderate everyone which was tricky at times,” says Tweed.

During the mock trial, students were able to dress up as their characters, bring in evidence, and prepare questions and statements to make the court case more realistic.

“I liked seeing all the different perspectives of the situation. I also liked seeing how the class handled the trail. It really helped me with my understanding of the novel,” said Mocsari.