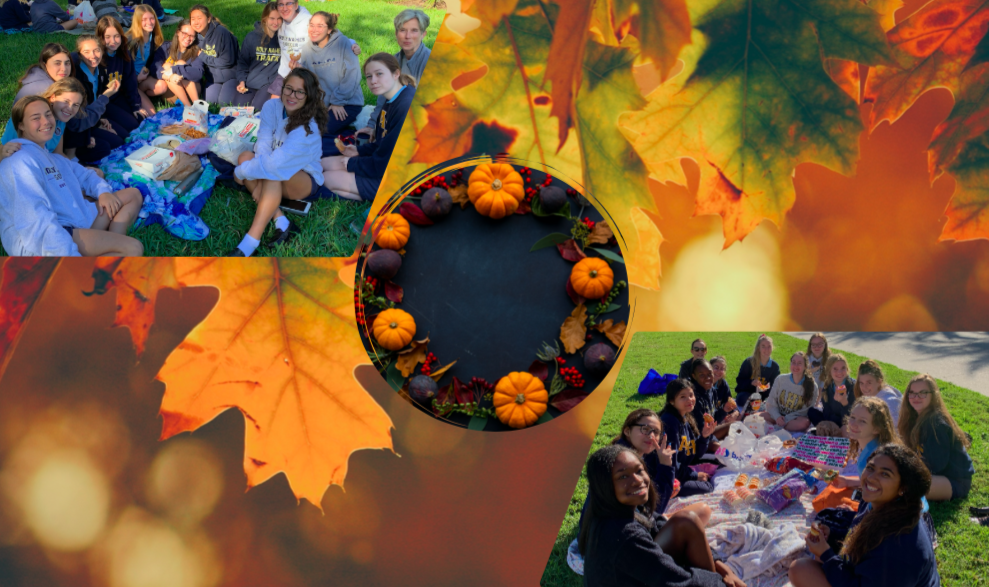 This past Thursday, advisories took a break from clubs and homework to have a Thanksgiving. All high school advisories came out to the Oak Grove after first set with blankets and food to have a mini ‘friends-giving’.

“I used to work at Trinity Day School, and there they had an event called Family Thanksgiving. Students would bring their families and food to eat out on the lawn. I really liked the sense of community, so I ran it passed a couple of advisors, and here we are.”

Activities, like the Thanksgiving, are all a part of the new advisory program.  Advisories will stay together, class and advisor included, for all four years. The goal of the advisories is for girls to feel like they have a group of classmates and one teacher they feel like they have a special bond with, building sisterhood among girls, and further connecting faculty with students. Activities like an escape room, Fun Fridays, and more all share the common goal of bringing the girls and their advisor together. In addition, fundraisers such as Socktober and Thanksgiving Takeover are advisory-based competitions.

“We wanted to bring the advisories together this year, with activities that bonded them together into a little community. And with Thanksgiving coming, we wanted advisories to be grateful for each other. So having a thanksgiving worked perfectly,” says Pantelis.

The Friday before, advisories announced the Thanksgiving. Students began to plan what they were going to bring, such as desserts, blankets, and other goods.

“Our advisory created a Google Doc and sign up sheet for whatever we wanted to bring. Every single person in our advisory brought food, it was a really cool experience. It was my favorite advisory activity of the entire year,” says senior Jennifer Pham.

Overall, the event was well received. Students enjoyed bringing in various foods and being able to take a break from academic stressors, and teachers enjoyed taking time outside. In addition to saying what they’re thankful for, groups listened to music, played games, and talked about their plans for the break.

“The people in my advisory are pretty rad. I’d say we are closer, and it’s nice knowing I’ll have them for the rest of my time at AHN,” says sophomore Emmie Drell.