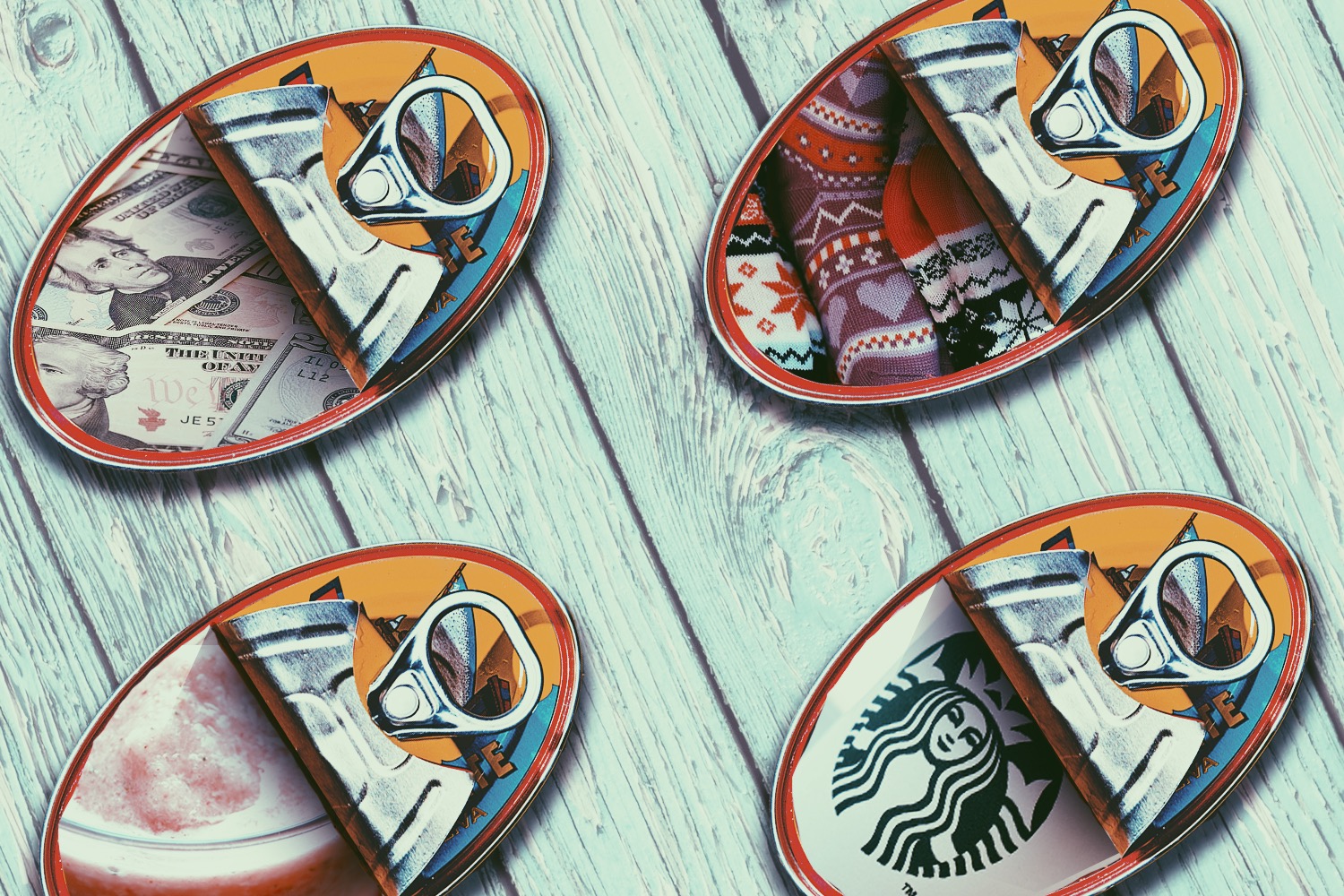 As Academy wraps up Socktober, the Thanksgiving Food Drive, and commences the Hurricane Relief Drive, concerns are raised about the low donation turnouts –– turnouts that seem to only raise when there’s a reward for giving. ((Photo Credit: Maddie Glaum/Photoshop/Achona Online))

As Academy wraps up Socktober, the Thanksgiving Food Drive, and commences the Hurricane Relief Drive, concerns are raised about the low donation turnouts –– turnouts that seem to only raise when there’s a reward for giving.

Autumn commences the season of giving: schools and churches become lush with canned-goods, clothing, and toys as Thanksgiving and Christmas drives reemerge to help families in need. Academy has been no exception — having just concluded Socktober, a sock drive benefiting Metropolitan ministries, Academy’s Campus Ministry now wraps up its Thanksgiving food drive, benefitting St. Vincent de Paul Community Food Pantry. However, despite the increased need to support families in need amid the pandemic, donations from all around have been unusually low compared to last year.

The proceeds for Socktober, Academy’s annual drive to collect socks during the month of October, fell short of the expected demand. During the drive, students are encouraged to purchase new socks to be donated to Metropolitan Ministries, which are collected in a designated bin given to each homeroom. The total number of socks surpassed 1,700 pairs — 400 more than last year’s total of 1,300 pairs.

Though the Socktober proceeds were great, the general decrease in donation spending among most Academy students are less surprising when compared to that of the nation. In light of the coronavirus, a significant number of usual donors to nonprofit organizations expected to give less in 2020 than they had previously; 58% of respondents cited uncertainty with income as the reason why, while another 58% cited worry of an economic recession. Additionally, 44% of respondents said they were very concerned about the impact of COVID-19 on the ability of nonprofits to perform their work.

However, personal spending has been up in other areas at the Academy. Since its cessation at the start of the school year due to Coronavirus concerns, Student Council reinstated their Friday smoothie tradition on Nov. 5. Smoothies from Xtreme Juice are available for purchase on Thursdays for freshmen and sophomores and on Fridays for juniors and seniors.

Smoothies typically sell for $3-$4 depending on what size is purchased. Student Council orders about 120 smoothies each week — 95 smoothies are usually sold on Thursdays to underclassmen, while about 30 are sold to upperclassmen on Friday. Smoothies are especially popular among freshmen and sophomores, as they’ve sold out multiple times since Nov. 5.

“We have fewer smoothies available to buy for Upperclassmen since a lot of them don’t stay for lunch. There’s not much variety as to who buys smoothies or not. We usually sell to the same people each week. Ultimately, Student Council usually makes a profit of around $80 from smoothie sales each week,” said Student Council Representative Julie Bolling (‘21).

But smoothies aren’t the only ways students spend money. Other drinks from Starbucks and Dunkin Donuts are frequent sights in the Academy halls. While smoothies are purchased at school, many students, mostly upperclassmen, wake up early to visit these coffee shops before their first class.

“A lot of my friends and I usually get coffee before school. I would say we each spend at least $15 a week on coffee from Dunkin Donuts or Starbucks. It’s convenient for me since I can use the drive-thru, and I don’t have to worry about social-distancing,” said Jenessa Bailey (‘21).

With the increase in self-indulgent spending at the Academy, it’s clear that the reasons for fewer donations are not fiscally-motivated, but with the great number of families affected by the coronavirus shutdown who are struggling to recover, donations cannot afford to be low.

“I actually can’t think of anyone I know who contributed to Socktober or the Thanksgiving food drive. I would say there’s more of a generalization that most people don’t participate in donating or drives unless there’s an incentive that benefits them,” said Bailey.

This principle of incentive was applied to the Community Food Pantry food drive (hosted in 2019 and set to commence again in spring 2021) — in order to ensure a high turnout of food, a student was awarded one Beta Hour for every four cans they brought in. Members of Beta Club must earn 10 Beta Hours each year to remain in the club.

“I came up with the idea for the canned food drive because I want to create a positive impact on the Community Food Pantry. But to ensure a high turnout, I had to provide an incentive to donate, otherwise I feel like there would be significantly less donations. I believe that, sadly, if people weren’t getting things in return, they’d be unlikely to participate in the drive,” said Food Drive Coordinator Adriana James-Rodil (‘21).

This general lack of urgency to help others is a widespread societal issue — according to a study in which Gen-Z and Millenials were asked to describe their generation, 59% said they were self-absorbed, 43% said greedy, 31% said cynical, and 85% said unwilling to sacrifice.

And again, in a time where millions are out of work, earning less, or confined to their homes, those who can help are strongly encouraged to do so. There are ways Academy students can still contribute before the year is over.

The High School Student Council is currently holding a drive for hurricane relief benefitting schools in Louisiana. After being hit by four hurricanes in the last year, schools have suffered significant damage and students have few supplies left. Academy students are encouraged to donate school and cleaning supplies by Dec. 11 to provide Louisiana schools with supplies before the new year.

With the rapid approach of Thanksgiving and Christmas, it’s important to ensure that those in need are receiving the help to make the holidays as comfortable and special as possible. But with the increased number of those in need this year, either because of the pandemic or natural disasters, it’s necessary that all do their part to help.

“Our school does a lot of drives, so a small donation each time adds up to a lot. With Socktober, it was really powerful to see how even one small donation can make a huge impact in the end. It doesn’t have to be huge. Any donation helps,” said McKenna.