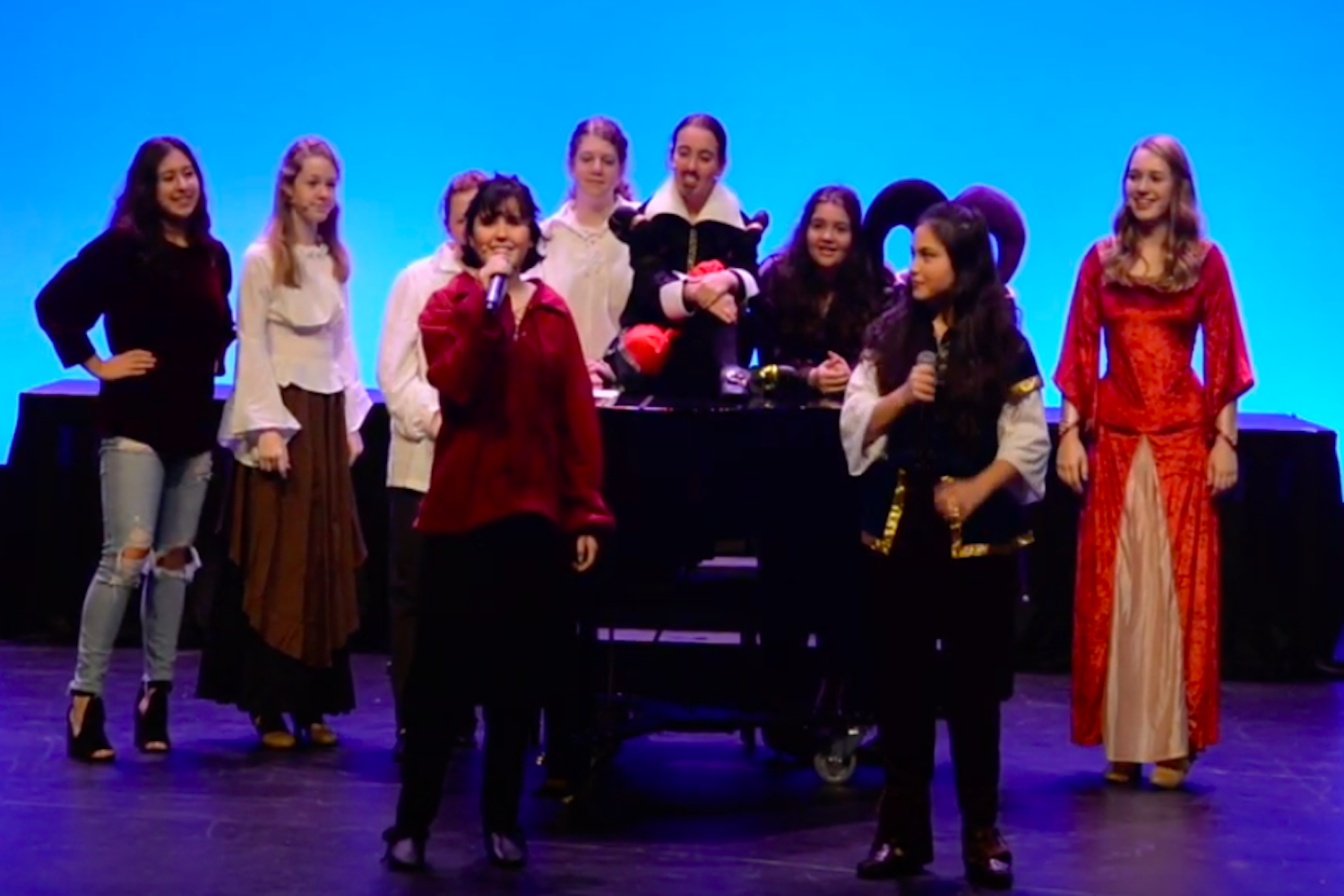 Every year, students are allowed to direct a program. This year, two juniors directed a “Night of Shakespeare.” ((Photo Credit: Gigi Alfonso/Achona Online))

Every year, students are allowed to direct a program. This year, two juniors directed a “Night of Shakespeare.”

Having recently watched the student-directed “Night of Shakespeare” via everyone’s favorite, the emailed Google Drive link, I must admit that tears actually formed in my eyes. For someone who is known as “The Slab of Concrete” when referring to my emotions (or lack thereof), nearly crying on account of an excellent performance is a very big deal for me.

Masiello said, “Rehearsals were really fun, but we did have to meet a few times over winter break to get everything down. It was worth it in the end, though, because everyone did so amazing.”

Croissant and Head also directed the entire production, which started as a project they began last year, and became a reality, despite the struggles of this past year.

Head said, “The event was definitely a labor of love. It took a really dedicated cast of incredibly talented girls who were willing to squeeze in extra rehearsals in the park to really make the show as polished as we could make it. It took a lot of responsibility and maturity to be the ones in charge of every single aspect of the show. It was a lot of work, but the two of us are so grateful we had such a unique opportunity.”

In addition, Junior Arianna Cortes performed a cover of Taylor Swift’s “Love Story,” based on Shakespeare’s “Romeo and Juliet,” on the piano.

William Shakespeare’s work, as written in a previous article called “The Lasting Effects of Shakespeare,” continues to influence our daily lives in ways not often noticed. A favorite example of Shakespeare in the media is the Broadway musical “Something Rotten!”. Directors Croissant and Head incorporated “Welcome to the Renaissance” — the opening number of the musical — into their production, and I must say, they did it justice.

The production also featured a duet acting scene from Shakespeare’s first play, “The Taming of the Shrew,” a rap about understanding Shakespeare’s old English, and monologues from “A Comedy of Errors,” “The Merchant of Venice,” and “As You Like It.”