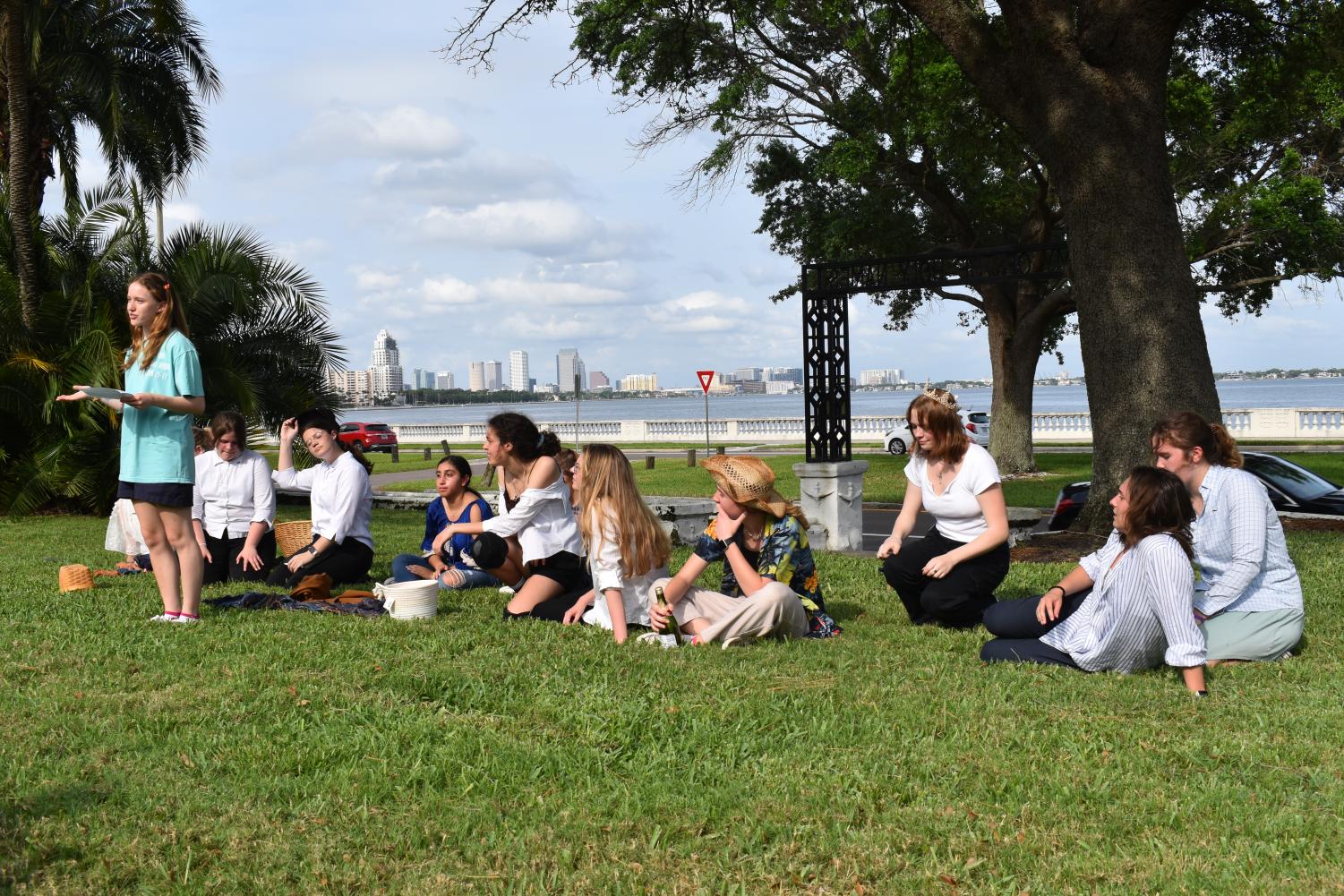 Academy presents “Shakespeare on the Lawn”

Last Friday, Academy students and parents gathered on the front lawn to watch a student-run production of Shakespeare’s The Tempest. The play was a collaboration between Social Justice Club and Theater Club with the intention of raising awareness for social justice issues.

Between acts, members of the Social Justice Club would speak to the audience about social issues in The Tempest and how those issues continue to present themselves in modern times. These social issues connected to the SNJM core values of dedication to women, ending human trafficking, and protecting the rights of immigrants. Proceeds from Shakespeare on the Lawn went to Hope Community Center, which works with immigrants in the Orlando area.

Maya Griess (‘25) said, “It was a creative way to connect the SNJM core values to Shakespeare. It was also very entertaining and fun to go watch.”

Theater Club worked to adapt the play so that it could be presented on an untraditional stage. Actors read an abridged version of the script and sported more modern costuming. The audience enjoyed the touch of humor added by the students as narrator Bella Otte (‘24) interjected with funny remarks and the actors jogged around the audience to go “backstage.”

Theater Club President Delaney Ross (‘23) said, “The Tempest was such a fun play to do and I kind of forgot it was a comedy until I had some rehearsals and found it way funnier than expected. It was difficult to direct the play so that it could be understood since Shakespearian is wacky and confusing, but overall I think we got the gist and really brought some great life of our own to the play. It was amazing watching the cast move and live through the play together; they all brought their own awesome, hilarious person to the play, especially with the improv, which was honestly my favorite part.”

Aspen Hunter (‘23) said, “In my process writing the social justice portion of the script for Shakespeare on the Lawn, I read through The Tempest, marking any scenes in which I saw a possible connection to a social justice issue. This process was actually very fun for me, as I enjoy analyzing broader implications within pieces of literature; the anxiety came with “perfecting” the script enough to feel comfortable sharing it with an audience. Despite how stressful it felt on my end, in hindsight, I feel incredibly proud of everyone who put so much hard work into the event, and I appreciate the lessons I learned regarding my own self-confidence.”