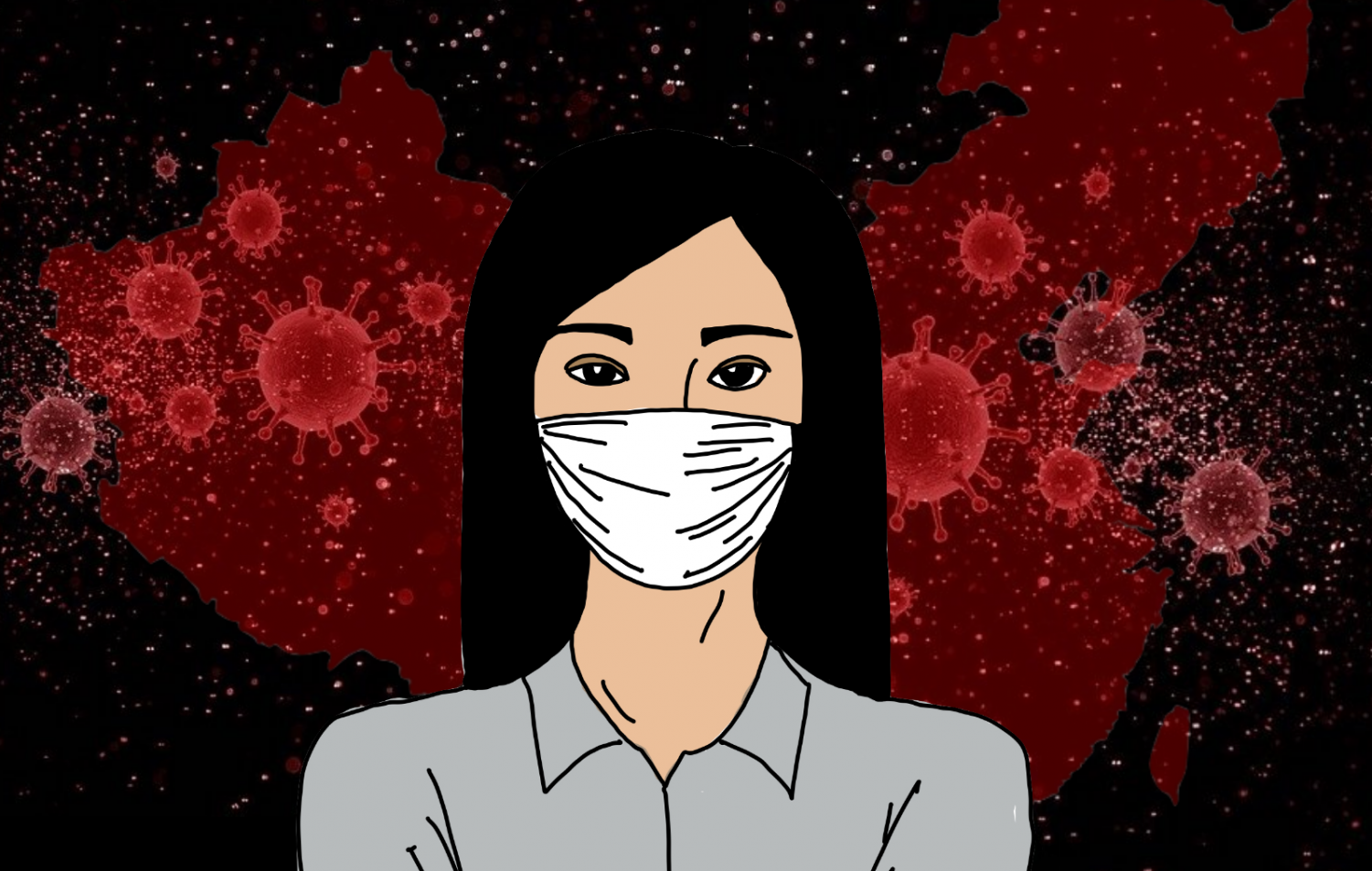 Claire Wong (‘22) who is of East Asian descent said, “While I personally have never felt racism or xenophobia towards me and my family, I do feel the outbreak is increasing both fear and racism.” (Photo Credit: Mei Lamison/Achona Online)

Claire Wong (‘22) who is of East Asian descent said, “While I personally have never felt racism or xenophobia towards me and my family, I do feel the outbreak is increasing both fear and racism.”

COVID-19 Is No Excuse For Racism (EDITORIAL)

The outbreak of COVID-19 has created global anxiety as the virus has taken over our news cycle, consumed our thoughts, and controlled our daily lives. While fear is an obvious and expected consequence, many around the world are using this panic to justify hate. Racist and xenophobic attacks have rapidly risen against those of Asian decent and the verbal, physical, and financial pain suffered by these victims are all too real.

Across the world, people of East Asian resemblance have faced unwarranted backlash. Jonathan Mok, a 23-year-old student from Singapore for example, was attacked in the streets of central London late last month. He told the BBC that a group of four men repeatedly punched and kicked him while saying, “we don’t want your coronavirus in our country.”

Mok’s attack is only one instance of this newfound hate. People in Los Angeles and Toronto have reported racist comments made by TSA agents. Local restaurants and businesses in San Francisco’s Chinatown are struggling financially. An elderly man’s vehicle was vandalized with coronavirus-related hate speech in Fresno. And a Vietnamese artist was disinvited from a London art show because she was “perceived as a carrier.”

What is most alarming, however, is that this type of hateful and discriminatory language is prominent within our own government. President Trump has repeatedly referred to COVID-19 as the “Chinese virus,” directly attributing the outbreak to single ethnicity. His language is encouraging of the racist and vulgar behaviors mentioned above, as it blames Chinese populations entirely for the coronavirus and its consequences.

“Using phrases like the “Chinese coronavirus” targets a certain group of people. Rather than finding solutions to the problem, those in leadership are blaming a population that is not at all responsible,” said Sam Cuttle (‘20).

Close up of President @realDonaldTrump notes is seen where he crossed out "Corona" and replaced it with "Chinese" Virus as he speaks with his coronavirus task force today at the White House. #trump #trumpnotes pic.twitter.com/kVw9yrPPeJ

Other American leaders have also continued to refer to the disease as the “Chinese virus” or the “Wuhan virus.” CBS News Correspondent Weijia Jiang tweeted that a White House official even referred to the virus as the “Kung-Flu.”

While some efforts to contain the virus seem practical, others seem to unjustly target Asian demographics. Australia, for example, is quarantining people who’ve recently traveled from China on an offshore island. Most of all those who were chosen, however, are of Asian descent.

Additionally, some politicians have used the current outbreak as an excuse to enforce hate-driven xenophobic policies. For instance, Italian leader Matteo Salvini linked the outbreak of COVID-19 to African asylum seekers, blaming them for the disease’s spread and thus urging Italian borders to close. Similar calls to end Europe’s open-border system have been made by politicians in Germany, France, and Spain. President Trump even used the outbreak as an excuse for his U.S. Mexico border wall.

“It’s just like what happened with Ebola. Since the disease originated in a nonwhite area, people in the United States decided to apply their subconscious prejudices to their health habits,” said Maggie Jaap (‘20).

Before the media’s fake outrage, even CNN called it “Chinese Coronavirus.”

Those trying to divide us must stop rooting for America to fail and give Americans real info they need to get through the crisis.

Unfortunately, this is no new phenomenon. As Yasmeen Serhan of the Atlantic writes, “wherever a pandemic goes, xenophobia is never far behind.” Hateful, xenophobic tendencies are deeply rooted in American history. Take the early 20th century for example, when New York City heavily restricted immigration. During the time, “city authorities justified racial segregation by drawing supposed links between germs and Mexican, Chinese, and African American people.”

Bigoted tendencies continued into the 21st century. The HIV/AIDS epidemic was commonly reffered to as “the gay plague.” Similarly to the coronavirus, this type of language perpetuated the idea that a select group of people were responsible for the disease. In the aftermath of 9/11, there were increased attacks against Middle Eastern, Arab, Muslim, and Sikh populations. During the 2003 SARS outbreak, East Asians also faced backlash. When the 2014 Ebola outbreak emerged, Africans were targeted.

“Whenever there’s some kind of major incident with global or regional implications, and as soon as you can identify it in relation to some racial ‘other,’ particularly in predominantly white, multi-ethnic societies like England or the U.S., I think it’s very easy for people to use a very small excuse to start scapegoating on the basis of their appearance,” said Miri Song, a professor at the University of Kent, in an interview with Time.

According to NBC News, more than 200 civil rights groups have called for House and Senate leadership to take “tangible steps to counter the hysteria” around the coronavirus.

“The level of disruption COVID-19 has had on everyday life has caught many by surprise and left even more people understandably concerned about their health and the health of their loved ones,” said Gregg Orton, national director of the National Council of Asian Pacific Americans. “For millions of Asian Americans, there is added anxiety in the way the virus has been racialized. For our country’s leaders to come together and set the tone, that despite the uncertainty of these times, we need to stand united against racism — that is a powerful statement.”

With over 3.8 million Chinese Americans and more than 21 million Asian Americans currently residing in the United States, there is no way every one of them is a carrier of COVID-19. Saying so is blatantly ignorant and making jokes surrounding it is offensive.

Viruses have no nationality or ethnicity, so please do not call COVID-19 the “Chinese virus.” While the outbreak did originate in China, it has now spread to various other countries, and therefore cannot be identified or attributed to one population. As Asha Sneed (‘21) said, “At this point, the virus has spread almost worldwide. We can no longer base our accusations on where people are from or what they look like.”

Right now the world is panicked. With the closure of schools, work, and public spaces, anxieties are running high. Do not, however, use this fear to justify hate. During this time of uncertainty, communities must come together rather than divide. Think before you act, be considerate, and remember the outbreak is no excuse for ignorance.