Greatest Vines of All Time 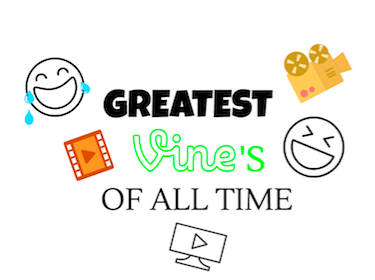 Evan Greek ’18 states, “Im very upset Vine is being shut down. I used to make some Vines and send them to my friends.”

Vine, the popular app known for making people laugh endlessly as they watch a six-second clip on a loop, was released in 2013. The app gained popularity three years ago in 2013 but as of October 27, plans to shut down new videos were scheduled by Twitter. Though the app will still be available to download and view videos, no one will be able to post. Many popular Viners, such as Lele Pons, are sad to see the app shut down, but claim they will continue to post videos on their social media.

In honor on Vine, here are a few of some of the best Vines of all time.

Senior, Laney Rodriguez claims, “This Vine never gets old, I laugh every time I watch it. I love all of Gavin’s vines, his reactions are so funny!”

“Chipotle is my Life”

“In the Air Tonight Drummer Dog”

“This is the most quotable vine in history. It never dies. People still walk around saying ‘Lebron James’ .”

Vine may be “dead”,but the creators behind it all will continue to make bring laughter into the lives of the people who watch them.