SNL Returns With its 43rd Season 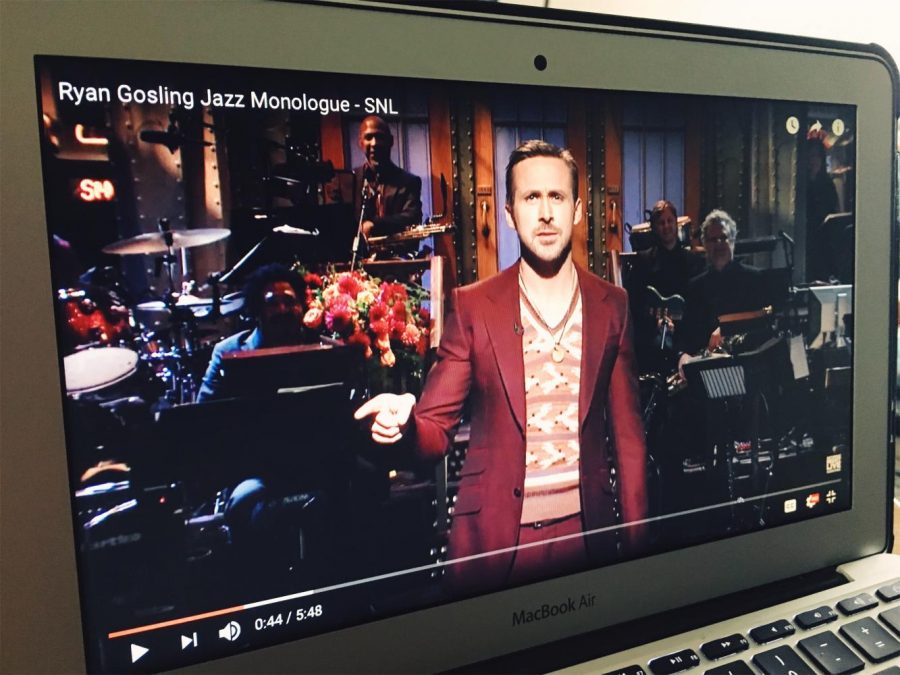 “Saturday Night Live”, one of the longest running comedy series in the United States, premiered its 43rd season on Sept. 30, 2017. The show was hosted by actor Ryan Gosling, with New York native, Jay Z, as the musical guest. Following the pattern that began with the final four episodes on Season 42, Season 43 is being broadcast live in all four time zones within the U.S.

Neha Simon (‘18) has grown up watching SNL saying, “It was a family tradition when I was little. My mom, brother, and I would all stay up late every Saturday to watch the newest episode.”

Julianne Hahn (‘20) is a Gosling fan, saying, “I loved his monologue about saving jazz, especially when Emma Stone, his co star from “La La Land” came onstage and joined in.”

Lindsey Perez (‘18) has never watched the show, but was interested in the premiere because of Gosling, saying, “Gosling is a great dramatic actor, but he’s also very funny. I knew he would be a great host.”