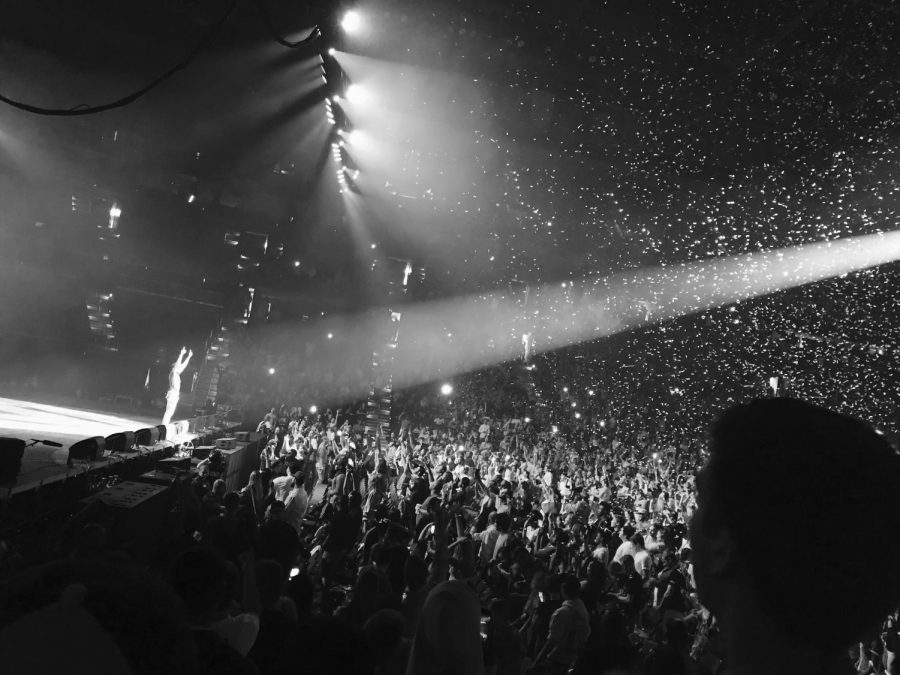 Chance the Rapper is not signed to a record label, so he makes money off of his merchandise and ticket sales. Photo Credit: Callie Mellon/ Achona Online

The “Last Damn Show”, hosted by local radio station WiLD 94.1, returned to Tampa on Friday, Nov. 3, 2017 at 7 p.m. The show had been a regular event in Tampa from 1999.  This year was the first time it was brought back since its last appearance in 2012.  This year the lineup is full of headlining artists such as Chance the Rapper, Ludacris, Migos, Jessie Reyes, and 24hrs. Tickets started selling on Aug. 18, 2017 and the prices on Ticketmaster, a popular American ticket sales and distribution company, ranged from $50- $300.

Chancelor Johnathan Bennet, popularly known as Chance the Rapper, came to Tampa on June 17, 2017, making his second visit to the Tampa Bay Area. One of his hit songs “No Problem” skyrocketed him to the top of the charts, and since then he has sold out stadiums around the country.

Ludacris became popular in the early 2000s with his singles, “Southern Hospitality” and “What’s Your Fantasy.” He has also gained some fame for being part of the “Fast and Furious” franchise.

Migos is an American hip hop trio group formed in 2009 from Lawrenceville, Georgia. They became popular from their latest album “Culture”. Hit songs in the album include “Bad and Boujee”, “Slipper”, and “T-Shirt.”

Several students attended the show and were blown away by the performance.

Joely Barkett (‘20) says, “I thought the show was good overall and heard some artists that I never knew and they were really talented; Chance The Rapper was definitely the best act of the night, he is so talented.”

Carmen Harrell (‘20) says, “I really enjoyed Migos and Chance the Rapper but when Ludacris performed, it was hard to sing along because he was famous a long time ago.”

Samantha Miller (‘20) says, “My parents gave me tickets to the show for my birthday, and I had the best time, the best performance was Chance the Rapper for sure.”